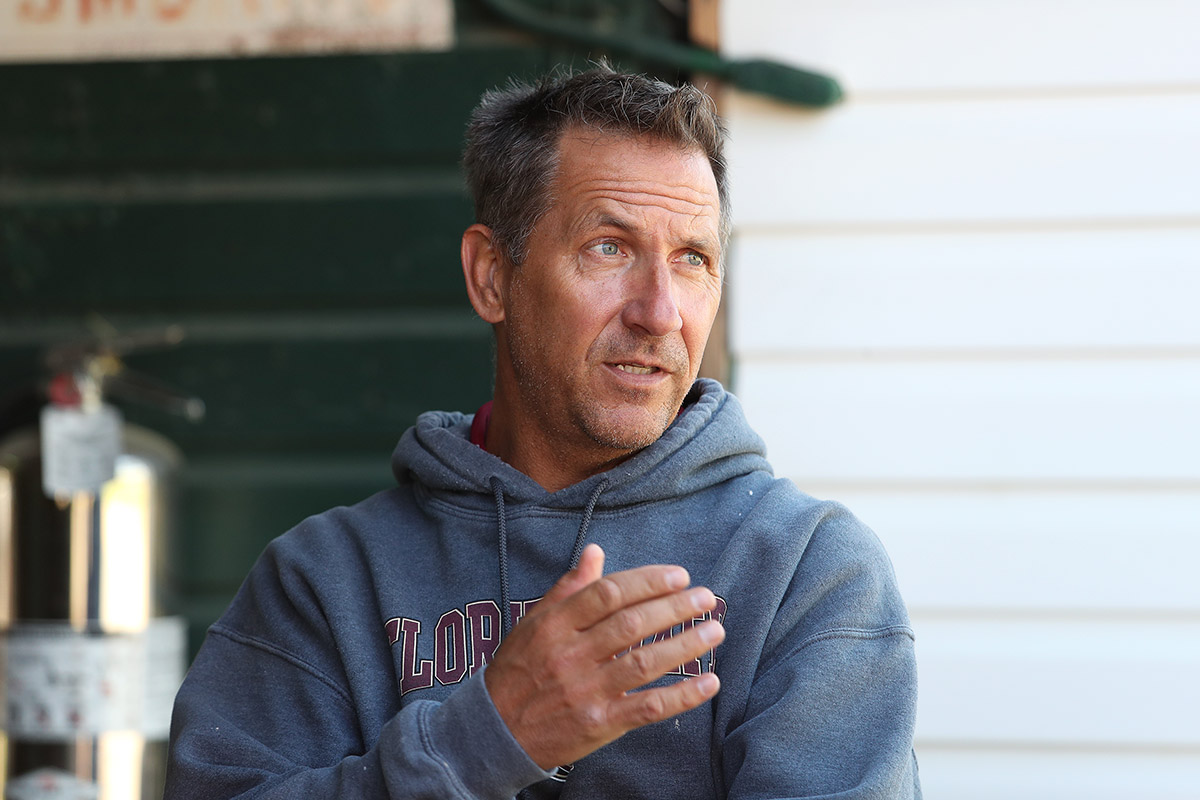 OCEANPORT, N.J. – With Hall of Fame trainers Todd Pletcher, Steve Asmussen and Jerry Hollendorfer – along with future Hall of Famer Chad Brown – all having a formidable presence on the Monmouth Park backstretch this summer it’s easy to forget that the race for leading trainer honors still goes through Kelly Breen.

It did last year, when the 52-year-old Breen easily captured his third Monmouth Park trainer’s title.

There’s no reason to think things will be any different when the track’s 76th season gets underway with four straight days of live racing starting with a twilight card on Friday, May 28.

“We do gear up for Monmouth Park,” said Breen. “It goes back to me saying all we can do is continue to work hard and to try to do our best. So much depends on the condition book. I can’t predict how we’ll do this year because I don’t know how the condition book will play out.

“But we have a good variety of horses, from $5,000 claimers to multiple-graded stakes winners. There are probably guys with more well-rounded stables, maybe with more claimers, guys with bigger stables. But we have 40 horses right now that are ready to run. We’ll just try to put them in the right spots.”

Breen’s quest for a title repeat will start on opening day, when he sends out It’s A Gamble in the $100,000 Jersey Derby at a mile on the grass. He then has Tracy Ann’s Legacy set to go in Sunday’s feature, the $75,000 Politely Stakes.

His impact will likely be felt throughout the 53-day meet, since he led all Monmouth Park trainers last year with 117 starters. His 32 winners were nearly double that of runner-up Jose Delgado.

That Monmouth Park success was a major factor in a career year for the New Jersey native, who set personal bests in overall wins (84) and starters (418) while producing the second-best earnings year in a career that began in 1992.

“Last year was more validation after having built up a public stable after almost 10 years of being a private trainer and not being out there with multiple horses and this many horses,” said Breen. “It has been a gradual process of evolving. I didn’t always have a big stable after I became a public trainer again. It took a couple of years to get to this point. It took time. But we have a nice, well-rounded stable now.”

Breen, who went 14 years between Monmouth Park training titles, again figures to make an impact when the 2-year-old races start as well. He currently has 15 “babies” with a couple more due in shortly.

“The 2-year-old program at Monmouth Park has always been exceptional, so we hope to be a factor in that later in the summer,” he said.

Though Breen says his sights aren’t necessarily set on another Monmouth Park title – “Whatever amount of wins we get that’s what we’re going to have as a total,” he said – he knows he enters the meet as the favorite.

“Not being cocky or anything, but I like to think when people think of Jersey racing they think of my name,” he said. “I’m a Jersey guy. I grew up here. We have more of a presence in New York than we’ve had in a while but Monmouth Park is still home.”

Monmouth Park’s meet starts with racing on Friday through Monday over the upcoming Memorial Day weekend before reverting to a Friday through Sunday schedule throughout the summer. Post times for Saturdays, Sundays and special Monday holiday cards is 12:15 p.m. Post time for Friday twilight cards is 5 p.m.