Kelly Breen, Paco Lopez Look To Wrap Up Titles As Monmouth Park’s 75th Season Comes To A Close This Weekend 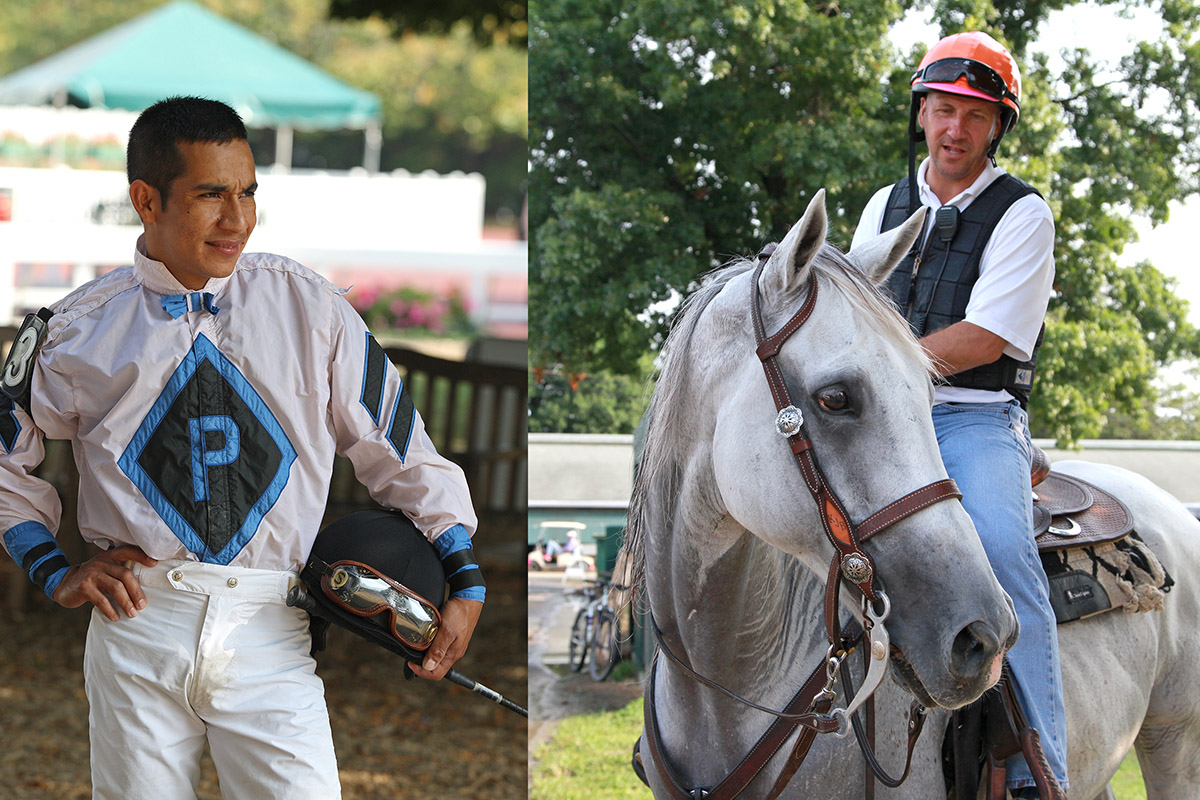 Monmouth Park will close out its 75th season this weekend with stakes races on Saturday and Sunday as a couple of familiar faces look to put the finishing touches on training and riding titles.

The $100,000 Violet Stakes, for fillies and mares 3 and up at a mile and a sixteenth on the turf, headlines Saturday’s 14-race card. The $75,000 Smoke Glacken Stakes, for 2-year-olds going six furlongs, is the feature for the 36th and final day of the meet on Sunday. Also that day is the $75,000 Joey P. Stakes for Jersey-breds at five furlongs on the turf.

The Meadowlands-at-Monmouth Park meet will run through Saturday, Oct. 24.

After conducting live cards on Oct. 3 and 4, racing will be held on Wednesdays and Saturdays during the three weeks that follow. There will also be a holiday card on Monday, Oct. 12.

New Jersey native Kelly Breen, who earned Monmouth Park training titles in 2005 and 2006, heads into the final weekend of the meet with his third title wrapped up. His 29 victories giving him a commanding lead over current runner-up Jose H. Delgado (16 victories).

Breen, 51, has three horses entered for Saturday’s card. Delgado has just one in.

Jockey Paco Lopez will look to secure his seventh Monmouth Park riding title and second in a row over the final two cards. The 34-year-old native of Veracruz, Mexico heads into the weekend with 49 winners, nine more than current runner-up Ferrin Peterson.

Lopez is listed to ride in nine races on Saturday, with Peterson scheduled for 10.

Lopez, who won his first Monmouth riding title in 2010, has won the second-most titles in track history. Joe Bravo holds the mark with 13.

Bravo, meanwhile, quietly had a highly-successful meet with 38 winners so far from just 129 mounts. He leads all Monmouth riders in winning percentage at 29 percent.

On the owners’ front, Klaravich Stable currently holds an 8-to-7 advantage over Colts Neck Stables LLC in victories.