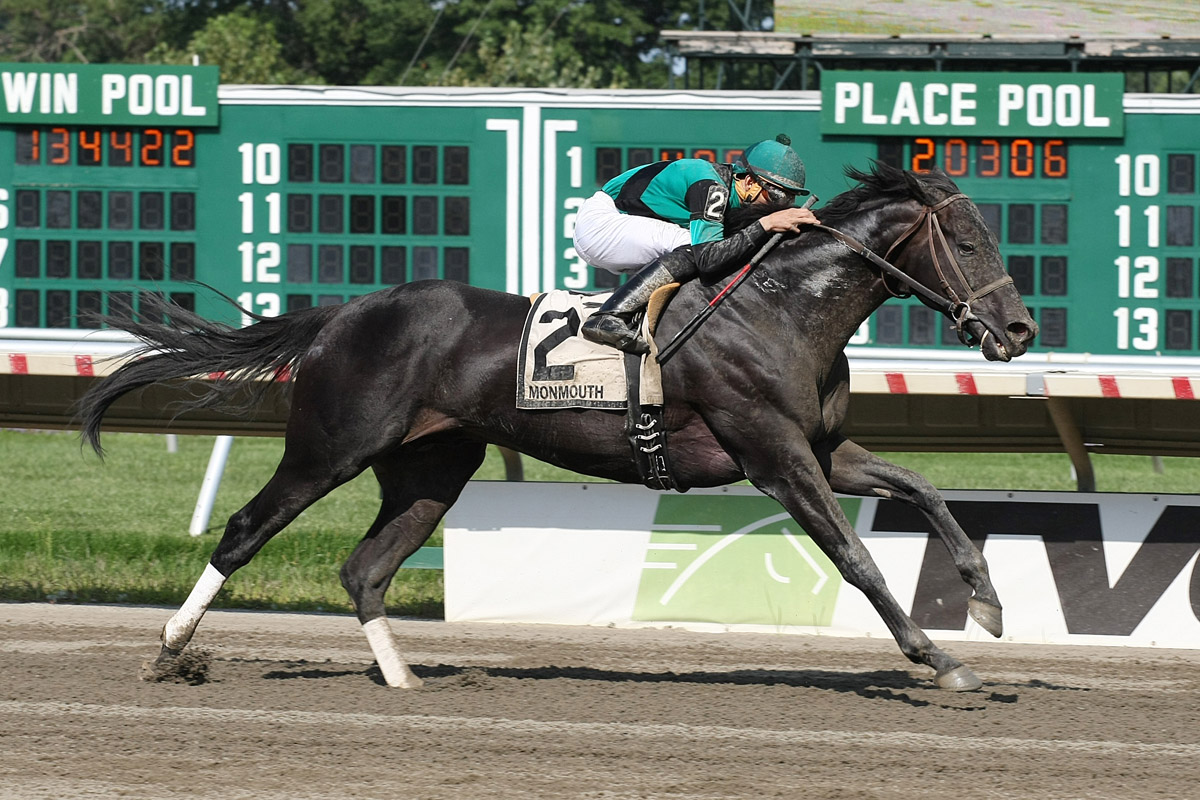 When trainer Pat McBurney entered Just Call Kenny in a stakes race on Jan. 19 at Laurel Park he was looking for a sign to determine whether the graded stakes-winning 8-year-old still had the enthusiasm – and ability – to compete.

The answer came back a resounding yes on both fronts.

Limited to three starts in 2018 because of an injury, Just Call Kenny is now being pointed for an ambitious campaign at Monmouth Park this summer, starting with Saturday’s Grade 3 Salvator Mile, one of four stakes races on a 13-race card.

“If he wasn’t going to be back to being himself he was going to be a stallion,” said McBurney. “But in that race at Laurel he got back to one of his good numbers on the Thoro-Graph sheets. So we gave him a little time to save him for the summer at Monmouth Park.”

In what could be his final year of racing, the hard-hitting veteran also has the Grade 3 Philip H. Iselin Stakes on June 22 and the Grade 3 Monmouth Cup on July 20 on his summer wish list.

For now, though, McBurney’s focus is on the Salvator Mile, which drew a field of nine that he described as “salty.”

Just Call Kenny will be making his first start – and the 38th of his career – since finishing third in the Native Dancer Stakes in January at Laurel.

“He’s acting like a three or four-year-old, which is a good sign,” said McBurney. “The only negative I see coming into the Salvator Mile is we tried to get a prep race for him and couldn’t get anything to go. So I’d rather he had a race for this.

“It’s hard to do, jumping into stakes company of this quality off a four-month layoff. But we’re keeping our fingers crossed.”

Just Call Kenny, who won the Iselin Stakes at Monmouth Park in 2017, has banked $493,770 for his career. The Virginia-bred son of Jump Start-Green Jeans by Green Dancer will be looking for a return to the winner’s circle for the first time since his signature moment in the Iselin Stakes two years ago.

Doing so won’t be easy in a field that includes 2018 New Jersey Thoroughbred of the Year Sunny Ridge, the John Servis-trained Diamond King and the Todd Pletcher-trained Bal Harbour.

“He’s been a fun horse to be around,” McBurney said. “He’s in pretty tough with this group. But there’s enough speed in there to believe that if he can work out a good trip and stalk, and if he’s tight enough off the layoff, he can get there. If not, he should be much better for his next start.”