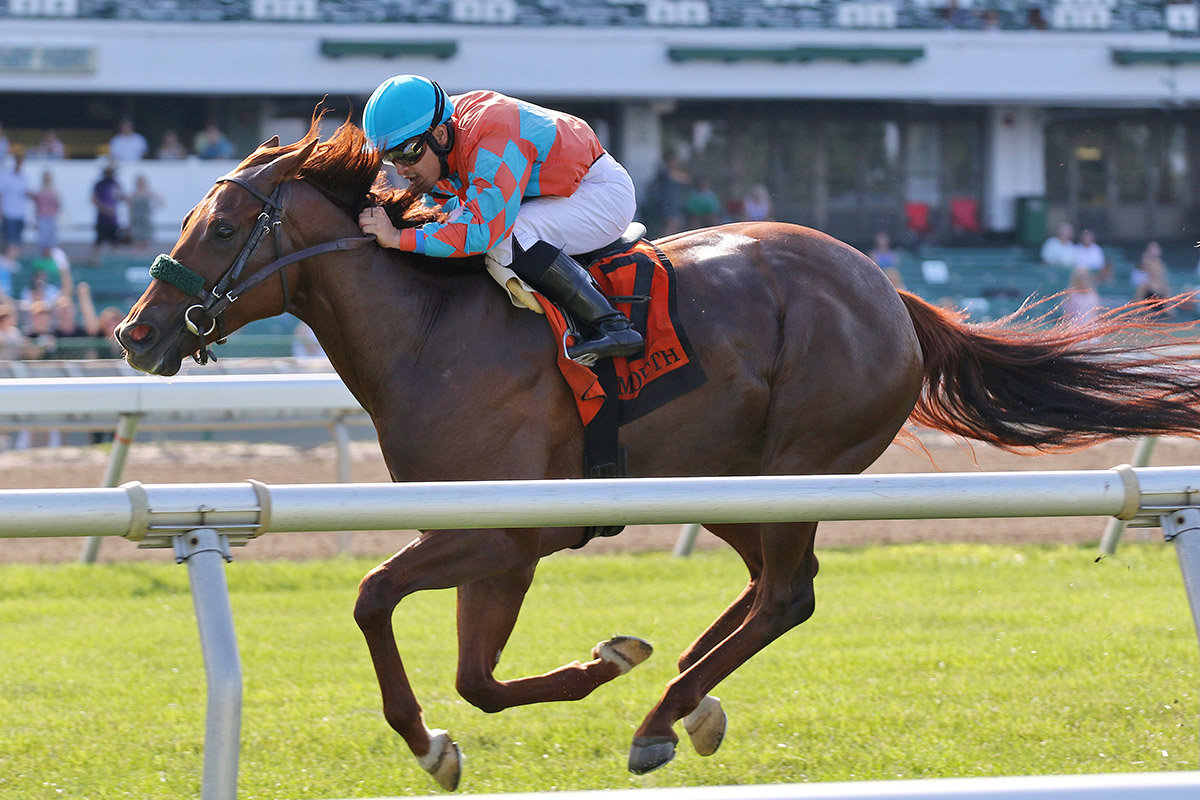 It took a little longer than he might have preferred but trainer Jorge Duarte, Jr. has finally figured out the key to bringing out the best in Introduced, his talented 5-year-old mare.

Kept calm in pre-race for the second straight start, Introduced surged to a three-quarter length victory in Saturday’s $100,000 Incredible Revenge Stakes at Monmouth Park, adding a grass stakes victory to the stakes win she earned in the slop in the Smart N Fancy at Saratoga a year ago.

Kept just off the early speed duel between Running Memories and Miss Auramet, the race favorite, Introduced rallied past both in mid-stretch to post her second straight victory on the grass and eighth overall from 19 career starts.

In recent losses, Duarte has said Introduced often lost races before they were even run because of how high-strung and nervous she can get. But a new routine of having a pony accompany her to the paddock has seemed to keep the Maryland-bred daughter of El Padrino from getting overly worked up.

“I think we did a good job keeping her calm before the race,” said Duarte, who won both grass sprints on the card and is now 9-for-20 at the meet. “That has always been the biggest battle with her. She helped us because she didn’t get too fired up. She was better pre-race today.

“We did the same thing as we did last race (a nose victory over Miss Auramet in an allowance at Monmouth on July 23) with the paddock routine and bringing her over with the pony and she was fine. I felt good when I put the tack on her. Everything was smooth. She has really been running big lately. I’m very pleased with her right now.”

Introduced’s winning time for the 5½ furlongs over a firm turf course was 1:02.50.

Running Memories, who set the early fractions of :22.20 and :44.51, held for second, one length ahead of Miss Auramet.

“My first time riding her, though I breezed her a couple of times. She’s a nice filly,” said Jimenez. “I got a beautiful trip right behind the speed. Jorge told me there would be speed inside of her so just break and see where she is and take it from there. It could not have worked out any better. I had a nice, beautiful position. She’s a very nice filly. I can tell that after riding her one time.”

Racing resumes at Monmouth Park on Sunday, with the $100,000 Jersey Shore Stakes headlining an 11-race card. The popular Jersey Shore Food Truck Festival will also wrap up its second day then.