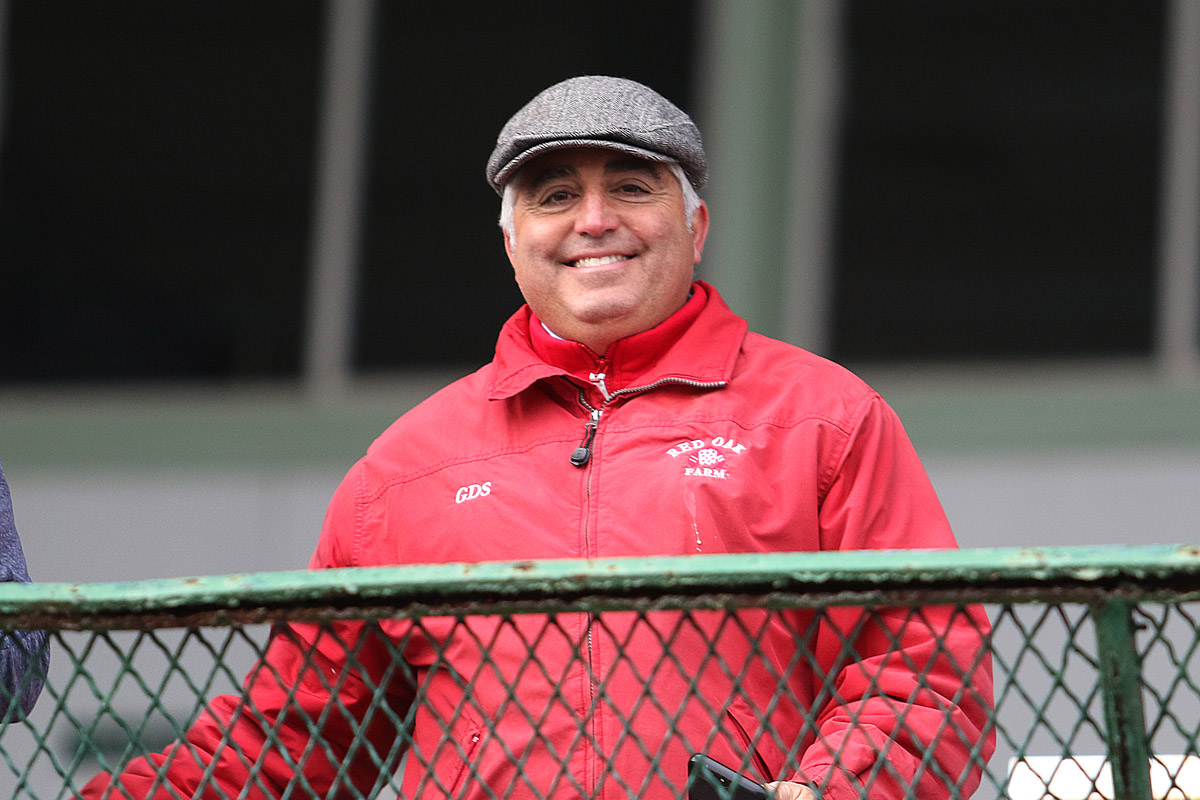 With his top two 3-year-old colts now off the Triple Crown trail, trainer Gregg Sacco has moved on to Plan B. And Monmouth Park will play a key role as he re-works the schedules for both Joevia and Mind Control.

It starts Sunday in the 85th edition of the Long Branch Stake, when Joevia heads the field for the $75,000 feature race on Monmouth Park’s Mother’s Day card.

If all goes well, Sacco said the TVG.com Pegasus Stakes on June 16 would likely be next for the son of Shanghai Bobby-Peace Process, followed by the $1 million TVG.com Haskell Invitational, the track’s showcase race. The Grade 1 Haskell is set for Saturday, July 20.

Mind Control, a Grade 1 winner at 2, is slated to make his next start in the Grade 1 Woody Stephens at seven furlongs on the Belmont Stakes undercard on June 8. The Haskell Invitational is on his radar as well, according to Sacco.

“We’re moving forward with both of them,” said Sacco. “Joevia has trained forwardly for the Long Branch Stakes with two good workouts at Monmouth Park so he’s doing really well. He’s a talented colt and we feel he will rebound with a strong showing.

“We would like the Long Branch to be a stepping stone to the Haskell. That’s the long-range plan. We’ll take it one race at a time. But we feel he will give a good account of himself on Sunday.”

The Long Branch Stakes, restricted to 3-year-olds, is at a mile and a sixteenth.

Joevia, who broke his maiden in the slop at Monmouth Park in his only race at 2, comes off a disappointing seventh-place showing in the Grade 2 Wood Memorial on April 6. His previous two races this year were both solid efforts.

“His first race back this year he was second by a neck to Haikal, who was scratched from the Kentucky Derby. The next race he was second to Alwaysmining, who could be one of the favorites in the Preakness Stakes,” said Sacco. “So we know he has the talent to be a good one. If he runs well on Sunday it makes sense to run back in June in the Pegasus and then go on to the Haskell. So we expect a big effort from him.”

Mind Control, who also broke his maiden at 2 at Monmouth Park, has returned in top form since his off-the-board finish in the Breeders’ Cup Juvenile in his final race last year. He won the Jerome Stakes on Jan. 1, was second in the Grade 2 Gotham on March 9 and then won the Grade 3 Bay Shore on April 6. All three races were at Aqueduct Racetrack.

“We thought about the Wood Memorial, Blue Grass Stakes or Arkansas Derby for Mind Control but decided not to go in any of them,” said Sacco. “We know he is a super talented horse up to a mile. We think a Grade 1 as a 3-year-old is within his grasp and the Woody Stephens looks like a good spot. John Velazquez (who has ridden Mind Control in all three of his starts this year) said he doesn’t think there is a better 3-year-old at a mile. So that went into our thought process.

“It’s hard not to go the Kentucky Derby when you have a talented 3-year-old but a lot of horses get banged up in that race and you always want to do what’s best for the horse. If all goes well in the Woody Stephens the Haskell would probably be his next race. So we’re hopeful.”

Sacco, who currently has 30 horses stabled at Monmouth Park, expects to have 45 once all of the 2-year-olds ship in. He has high hopes for a 2-year-old filly named My Gift From Above, who is a half-sister to Mind Control.

“They like her on the farm and from what I’ve seen she could be a good one,” Sacco said.