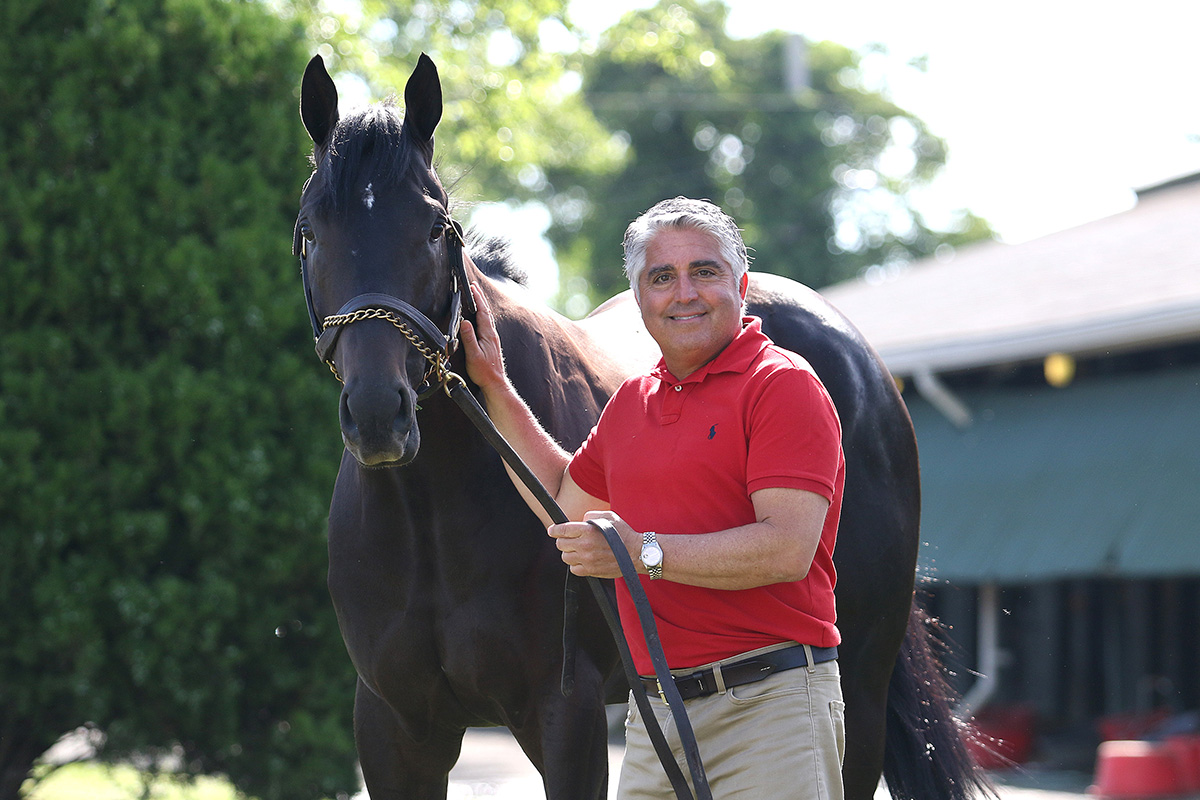 Third-place Belmont Stakes finisher Joevia returned to his base at Monmouth Park on Sunday morning with trainer Gregg Sacco targeting the July 20 TVG.com Haskell Invitational for the colt’s next start.

Joevia, who won the Long Branch Stakes at Monmouth Park on May 12, was a game third in the Belmont Stakes after setting all of the early fractions in the final leg of the Triple Crown on Saturday. The Kentucky-bred son of Shanghai Bobby-Peace Process by War Front was beaten just 1¾ lengths by Belmont Stakes winner Sir Winston.

“He came back great,” said Sacco. “It was a dynamite race for him. He’s an improving colt. This time of year that’s what you want.

“We knew he would have to improve to be competitive and he improved off the Long Branch Stakes the way we hoped he would.”

Though invitations for the $1 million Haskell have yet to be issued, Sacco said “it would be a dream come true to participate” in the showcase race at his home track.

“We’ll see how he trains, but the Belmont Stakes certainly lines us up for the Haskell if we’re invited,” Sacco said. “We couldn’t be any happier with where he is and you have to feel good having an improving 3-year-old right now, which he is.”

Joevia has two wins, two seconds and a third from six career starts, with his only off-the-board finish in the Wood Memorial following a trouble-filled trip.

“We knew he was better than that Wood performance. That was just a debacle for him,” said Sacco. “He broke bad, rushed up and got hooked by a speed horse. That was a nightmare. But he has come back with two really strong races since then and we’re over the moon with where he is now.”

Owned by Michael and Jeff Fazio, Joevia broke his maiden at Monmouth Park in his first career start last July 15.