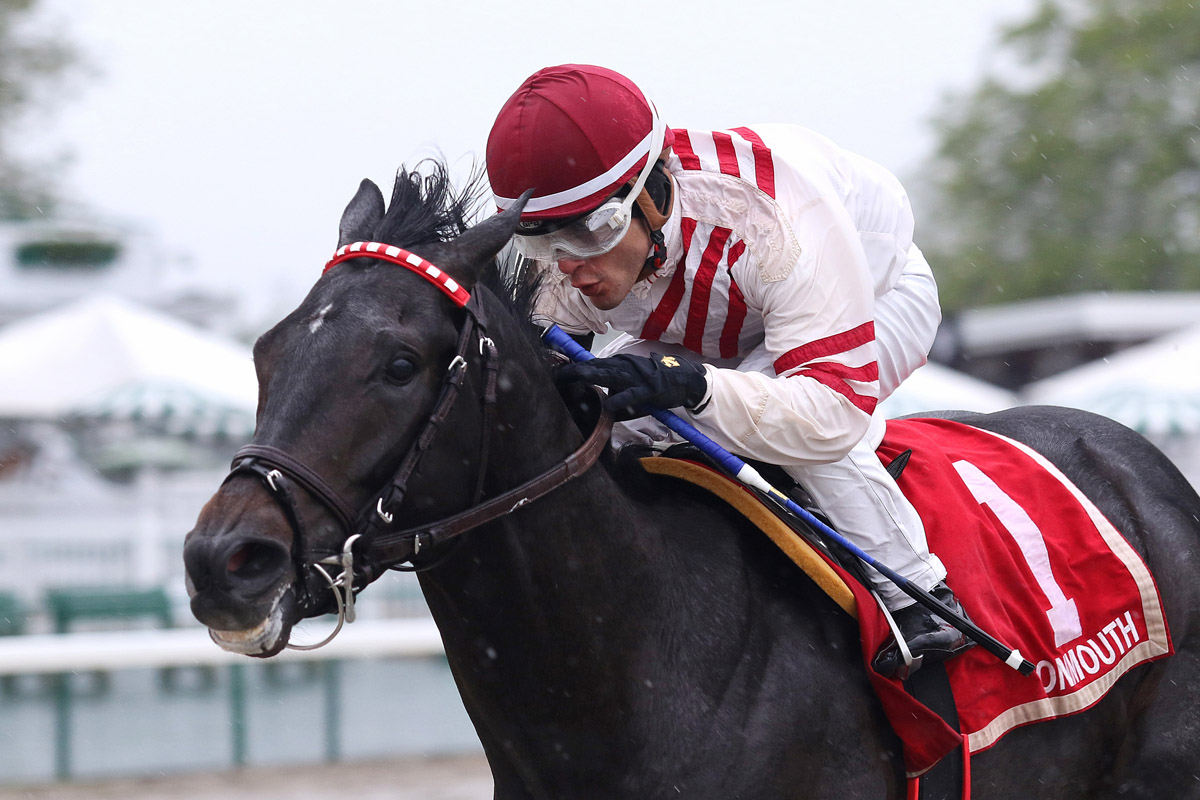 Joevia bounced back from a sub-par showing in the Wood Memorial and remained on track for TVG.com Haskell Invitational by splashing to a front-running 2¾-length victory in the $100,000 Long Branch Stakes on Sunday at Monmouth Park.

The Gregg Sacco-trained colt, seventh in the Grade 2 Wood Memorial in his last start, made amends with a sharp performance over a track listed as “sloppy.” The son of Shangahi Bobby-Peace Process by War Front covered the mile and a sixteenth in 1:44.61.

The Right Path was second. It was another length back to Union’s Destiny in third.

“This is just what we were looking for,” said Sacco. “We know he’s a better horse than he showed in the Wood Memorial. That was a debacle. So we’ve overcome that.

“We’ll put our sights on the Pegasus Stakes (June 16) and the hopefully the Haskell Invitational (on July 20).”

Both the TVG.com Pegasus and the Grade 1 Haskell Invitational, which carries a $1 million purse, are contested at Monmouth Park.

Joevia broke alertly from the rail for jockey Nik Juarez and never seemed bothered by the race-long pressure from Red Gum on his flanks. Now sporting a 2-2-0 line from five career starts, Joevia had plenty in reserve when The Right Path and Union’s Destiny tried to run at him in the lane.

“I think he’s a very talented colt and Gregg has done a tremendous job with him,” said Juarez. “I went into today thinking we were much the best and Joevia proved that. The pace was pretty easy up front, so even though there was a horse with him the whole time he was in hand. The other horse really wasn’t pushing us.

“I work Joevia. I know he likes to eyeball horses. He’s competitive that way so I wasn’t concerned. He was able to kick away late. I knew I had plenty left.”

Both of Joevia’s career victories have come in the slop at Monmouth Park.

Sacco said his intent was to have Joevia come off the pace, but the speed-favoring sloppy track changed those plans. Joevia paid $4.60 to win as the favorite in the 85th edition of the Long Branch Stakes.