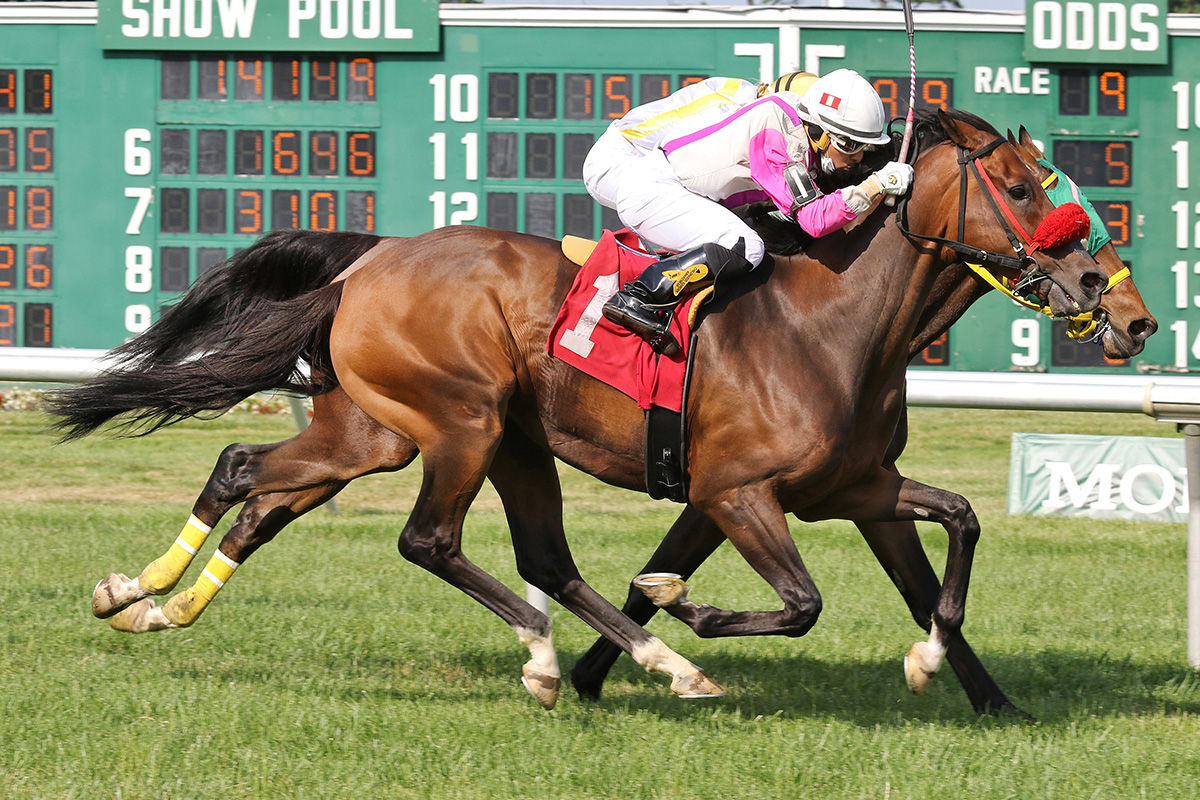 It took nearly two full years, but jockey Winston Kay made his way back to the winner’s circle by rallying 34-1 shot Fun Prospect to win Sunday’s fourth race at Monmouth Park. Kay, 30, was 0-for-31 last year and Fun Prospect represented his first mount of 2020.

“It’s been a long time,” said Kay, who hails from St. Catherine Parish in Jamaica. “It feels good. I’ve been working hard trying for times like this. It’s very satisfying to know the hard work I put in paid off.”

Kay, who has 28 victories overall from 717 mounts in a career that began in 2015, said he keeps busy by galloping horses, working out at the gym and running.

“I do what I can to be in shape so that when I get a chance I’m ready,” he said. “Sometimes it gets frustrating not getting mounts. But I have to keep working hard if this is what I want to do.”

Fun Prospect, who paid $70.40 to win, rallied from last in the field of eight and still only had one horse beat with a furlong to go before launching his winning rally. When 62-1 shot Final Ritual grabbed the place spot the $2 exacta returned $1,936.40.

Asked if it felt like a long time between winners, Kay smiled.

Later on the card, in the ninth race, a trio of longshots exceeded those hefty payoffs when Jorge Panaijo roused 107-1 shot Promise Illgetyou past 65-1 shot So Hot right at the wire – with 107-1 shot Shoeless finishing third.

Racing resumes at Monmouth Park on Friday, July 10, with a six-race twilight card. First post that day is 5 p.m.