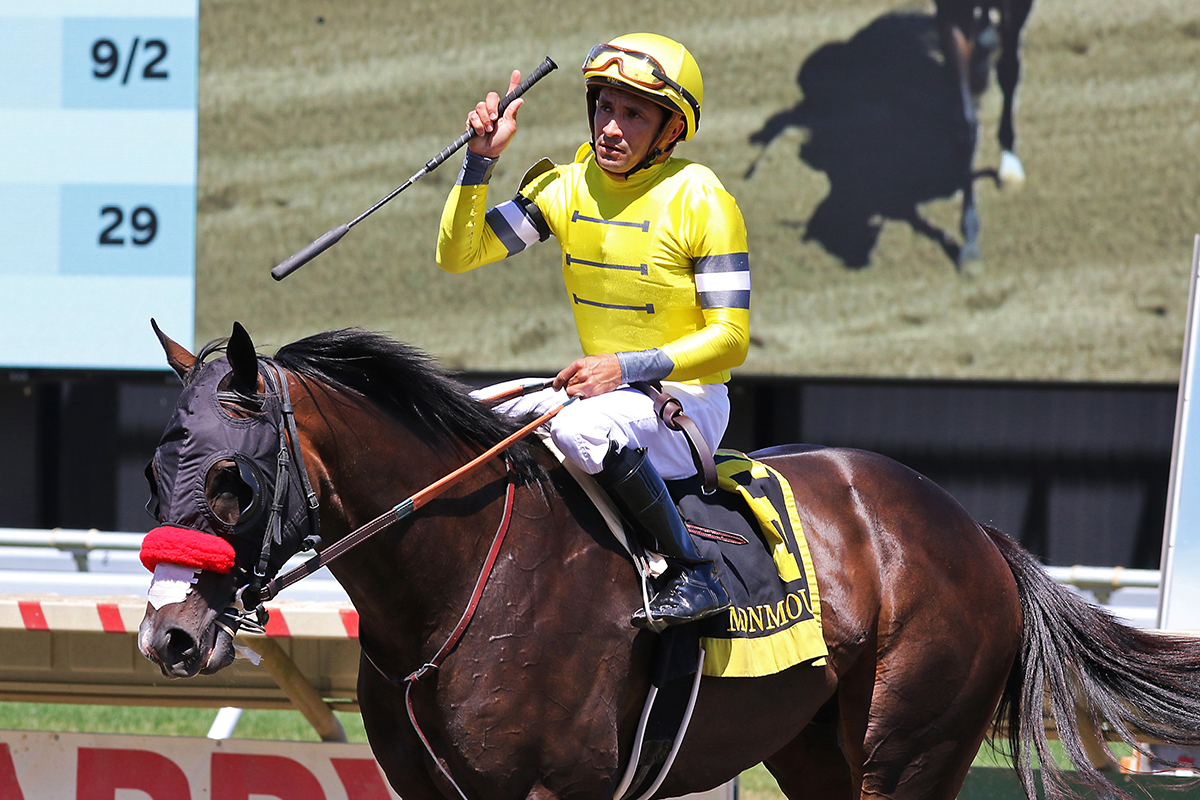 After taking off nearly two years from riding to be with his family in Medellin, Colombia, as COVID-19 raged, jockey Jairo Rendon said it was almost as if he had never left the sport when he showed up at Monmouth Park this spring to resume his career.

In some ways, it’s almost as if he was simply able to pick up where he left off in 2019, when he won 139 races overall. Entering the four-day racing weekend at Monmouth Park that gets underway with an eight-race card on Friday, Rendon has emerged as a major factor in the rider standings with 27 wins (29 overall), which puts him in the middle of the chase to finish as the runner-up to perennial riding leader Paco Lopez.

Rendon, who has five mounts Friday and five more on Saturday, is in fifth place in the jockey standings at Monmouth Park.

“I was almost two years away, so I knew people were going to ask `where has this guy been?’ ” said the 38-year-old Rendon. “But I think that’s over now. I think I have shown people I am back to where I was before I left.

“Everything is good right now. I’m riding well and winning and more people are noticing and putting me up on their horses.”

The decision to put his career on hold in his prime was strictly a personal one. Rendon rode his last race on March 15, 2020 and didn’t return until April 20 of this year.

In between he spent time working on his farm with his dad, brother and two children in Medellin. He didn’t ride once during his absence.

“I was thinking it was going to be five or six months and I’d be back,” said Rendon. “I wound up staying almost two years. No one knew how bad COVID would be and I wanted to be with my family until things got better.

“I really wasn’t worried about how it would affect my career. I’ve been doing this for 22 years. I knew I could come back and win races. Weight is never a problem for me. I’m always light. And I stayed in shape. I just needed people to believe in me and put me up on horses.”

More Monmouth Park horsemen are believing these days, especially in turf races. More than half of Rendon’s wins (15) this year have been on the grass – which he finds ironic, since he had never ridden on the turf until his first career win aboard eventual $1 million earner Morticia at Gulfstream on Jan. 14, 2017.

“When I was leading rider in Panama in 2007, and then when I went to ride in Saudi Arabia for almost seven years (under contract to the Royal Family) I never rode on the grass,” he said. “I never rode on the turf until I came to the United States.”

Among Rendon’s wins this summer at Monmouth Park are victories in the Jersey Shore Stakes (Provocateur) and the Tyro Stakes (Sharp Aza Tack). His next major goal, he said, is to win a graded stakes, something he has managed just once in the United States, doing so aboard Golden Brown in the Grade 3 Kent Stakes in 2018.

He is hoping Great Navigator, a promising 2-year-old who was second in the Grade 3 Sanford Stakes at Saratoga after a dazzling debut at Monmouth Park, will be his next one.

“He is supposed to go in the Sapling Stakes (at Monmouth Park on Aug. 27) and if he does well then to the Breeders’ Cup, and if the owners keep me on him I will go with him,” said Rendon, whose first full season of riding at Monmouth Park was 2019. “Whatever happens I am happy with the way I have been able to come back and show I can win races again.”