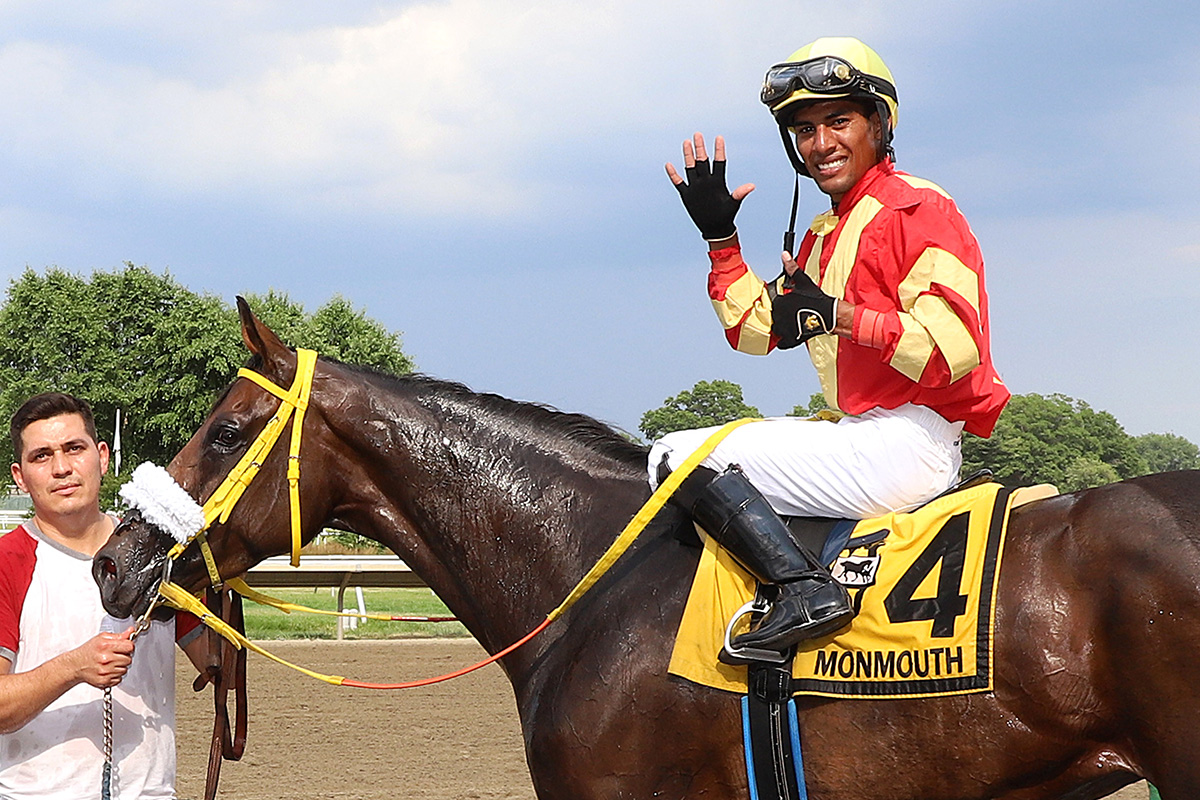 Jockey Isaac Castillo woke up Saturday thinking he had a chance to have a solid day with 11 mounts on Monmouth Park’s 12-race card.

But he never expected a career-best six winners – for five different trainers.

The 24-year-old Panamian came within one win of Paco Lopez’s track record for winners in a day, while eclipsing his personal-best showing of five winners on June 1 at Monmouth Park.

“You never expect to win six in a day, especially at a track like Monmouth Park, where there are so many good jockeys. So it’s a surprise to me,” said Castillo. “All of the horses ran great for me. It’s a special day for me. It feels really good.”

Castillo won from five furlongs to a mile and a quarter, and split the victories equally – three on the dirt, three on the grass. He is currently second in the rider standings with 29 wins to Lopez’s 35.

Lopez, seeking his ninth Monmouth Park riding title, has won seven winners in a day at the Jersey Shore track three times, most recently on Aug. 28, 2021.

“When I looked at the races I was in I thought I had a chance to win a few, but not six,” he said. “I have to give credit to the trainers for getting these horses ready. It’s a big accomplishment.”

Castillo rode two of the three winners of the day for Hollendorfer, who is now second in the trainer standings with 12 winners. Claudio Gonzalez, who won three races on Friday, tops the standings with 13 winners, with Kelly Breen third with 10.