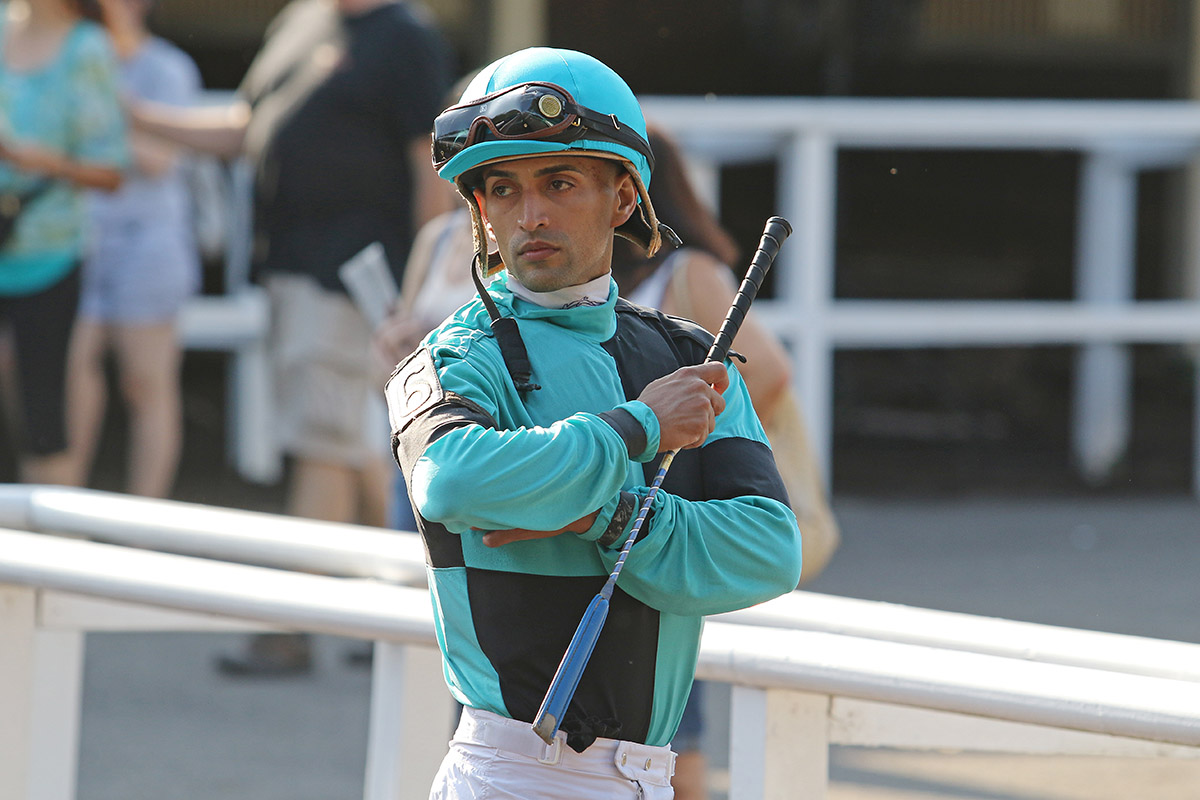 Hector Diaz, Jr. has never been willing to settle for second-best ever since his late start on a career as a jockey, but in this instance he’s inclined to make an exception.

The 31-year-old journeyman currently sits second in the Monmouth Park jockey standings with 12 wins – well behind runaway leader Paco Lopez, who is on his way to a seventh title at the Shore track with 26 wins, but also ahead of notable veterans Joe Bravo, Jose Ferrer, Antonio Gallardo, Nik Juarez and Trevor McCarthy.

It’s potentially a significant achievement for Diaz, who finished fourth in the track’s rider standings a year ago.

“Monmouth Park has a great jockey colony. It’s a very tough colony,” said Diaz, who is listed on four mounts when racing resumes at Monmouth Park with a six-race twilight card on Friday. “There are so many great riders and I feel grateful to be second now. I know it’s going to be competitive and a challenge to stay there.

In part because he is late to the profession, Diaz has an appreciation for every accomplishment now, big or small.

Though he grew up with a father and brother who were jockeys, and with cousins Irad and Jose Ortiz, in Trujillo Alto, Puerto Rico, Diaz didn’t enroll in the Escuela Vocacional Hipica jockey school until he was 23.

Some of the motivation for finally setting on his professional path came from his brother, Hector Miguel Diaz, who was paralyzed in a spill at Camarero Race Track in Puerto Rico.

“He was just 21 when he was paralyzed,” said Diaz. “I decided that I needed to do this and do it for him.”

Diaz had mixed results as an apprentice in the ultra-competitive New York arena before shifting to Monmouth Park.

“I believe you build your career every year and you do that by continuing to work hard. Last year was a good year for me. I won a couple of stakes races and I finished fourth in the standings at Monmouth Park. I think that has helped me get off to a good start this year.”

Diaz, who didn’t start riding professionally until he was 27, isn’t bashful about his long-term goal.

Diaz matched his personal best with 74 overall victories last year while earning a career-best $2,802,843. He is certain he can exceed those numbers this year.

“The trainers have been trusting me. That’s a big part of this,” he said. “My agent (Shawn Klotz) is doing his job and I am doing my job in the mornings. But it’s about opportunities. You’ve got to work hard to earn those opportunities but owners and trainers have got to support you. They have to give you a shot.”