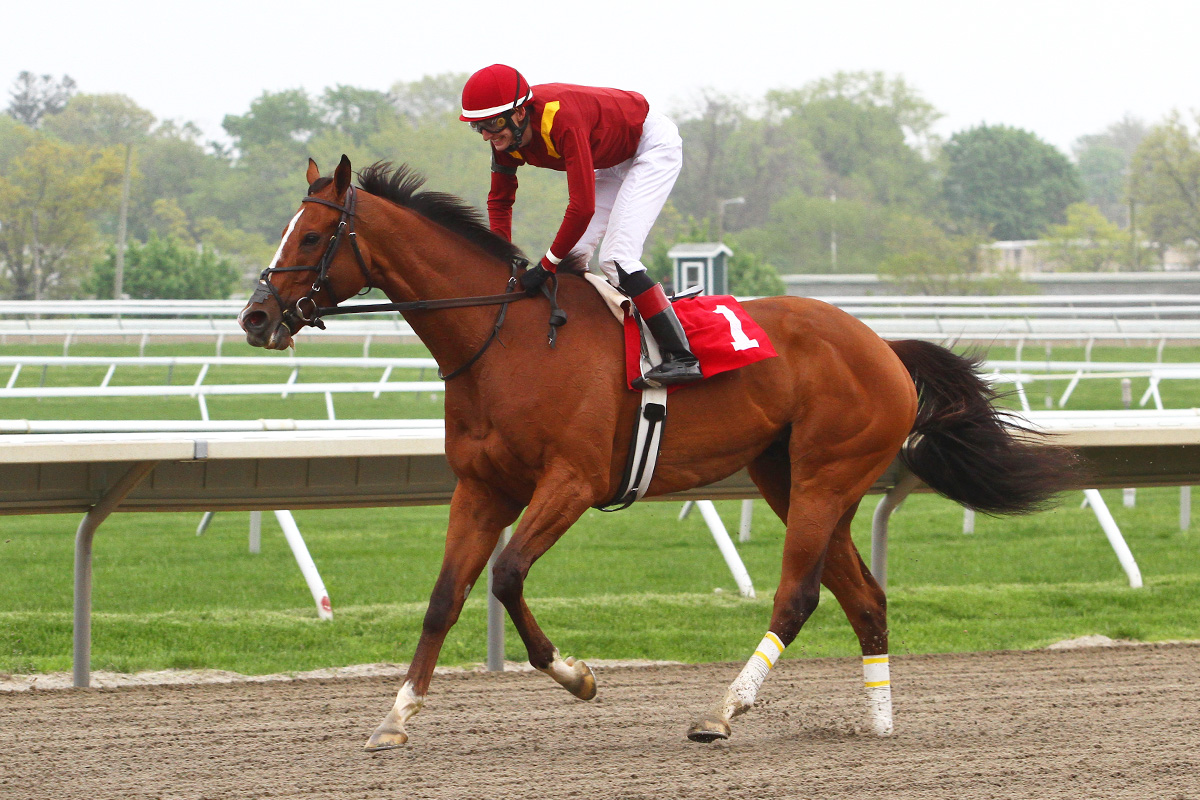 After a frustrating year that saw Hawkish go winless in six starts, with one second-place finish as his best effort, trainer Jimmy Toner has seen the first signs that the 6-year-old gelding is back on his game.

Sunday he hopes to get a more definitive answer.

Coming off a near-miss second-place finish in his 2021 debut following a seven-month layoff, Hawkish will face eight turf rivals going a mile and a sixteenth in Sunday’s $100,000 Oceanport Stakes, the headliner on Monmouth Park’s 11-race card that day.

“He ran a huge race back. He just got nipped at the wire,” said Toner. “I’m really happy with his effort and with that race. I couldn’t be happier.”

Among Hawkish’s four career wins (with three seconds) is the Grade 2 Penn Mile in 2018. He also won the Cliffhanger Stakes at Monmouth Park in 2019 and was second in the Oceanport Stakes a year ago to the Chad Brown-trained Sacred Life, who is back and looking to repeat in the race.

“We didn’t have a good year with him last year,” said Toner. “After Kentucky Downs it pretty much wiped us out as far as the rest of the year was concerned. He didn’t handle that track and just went backward from there so we gave him the winter off.

“But he’s doing as good as he has ever done in his life right now. It may be one of the few times where you lay one up for a while and they come back as good or better as they were before.”

Sunday is when Toner hopes to find out whether Hawkish is all the way back, although the veteran conditioner conceded “his best distance is probably a mile.”

“This is a tough field,” he said. “He’s at the stage where you can’t find many races for him. He’s got no conditions and he’s an older horse. So these type of races are it for him.

“But when he is doing well he will give you everything he has and he will be right there. Whether he can beat these horses at this level again we’ll have to see.”

Owned by AJ Suited Racing Stable LLC and Madaket Stables LLC, Hawkish has not won since the May 4, 2019 Cliffhanger Stakes at Monmouth Park, an eight-race drought. Hector Diaz Jr. is listed to ride.

In addition to Sacred Life, a winner of $512,268, Brown has also entered Analyze It, who won the Red Bank Stakes at Monmouth Park last year. Analyze It has banked $873,850 during his 12-race career, with a pair of seconds in Grade 1 turf stakes.