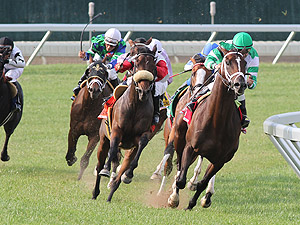 The 20-cent wager requires a single winning ticket to collect the jackpot. But picking six winners on Saturday still resulted in a payoff of $1,800 for 20 cents, despite just one big upset winner over the six races.