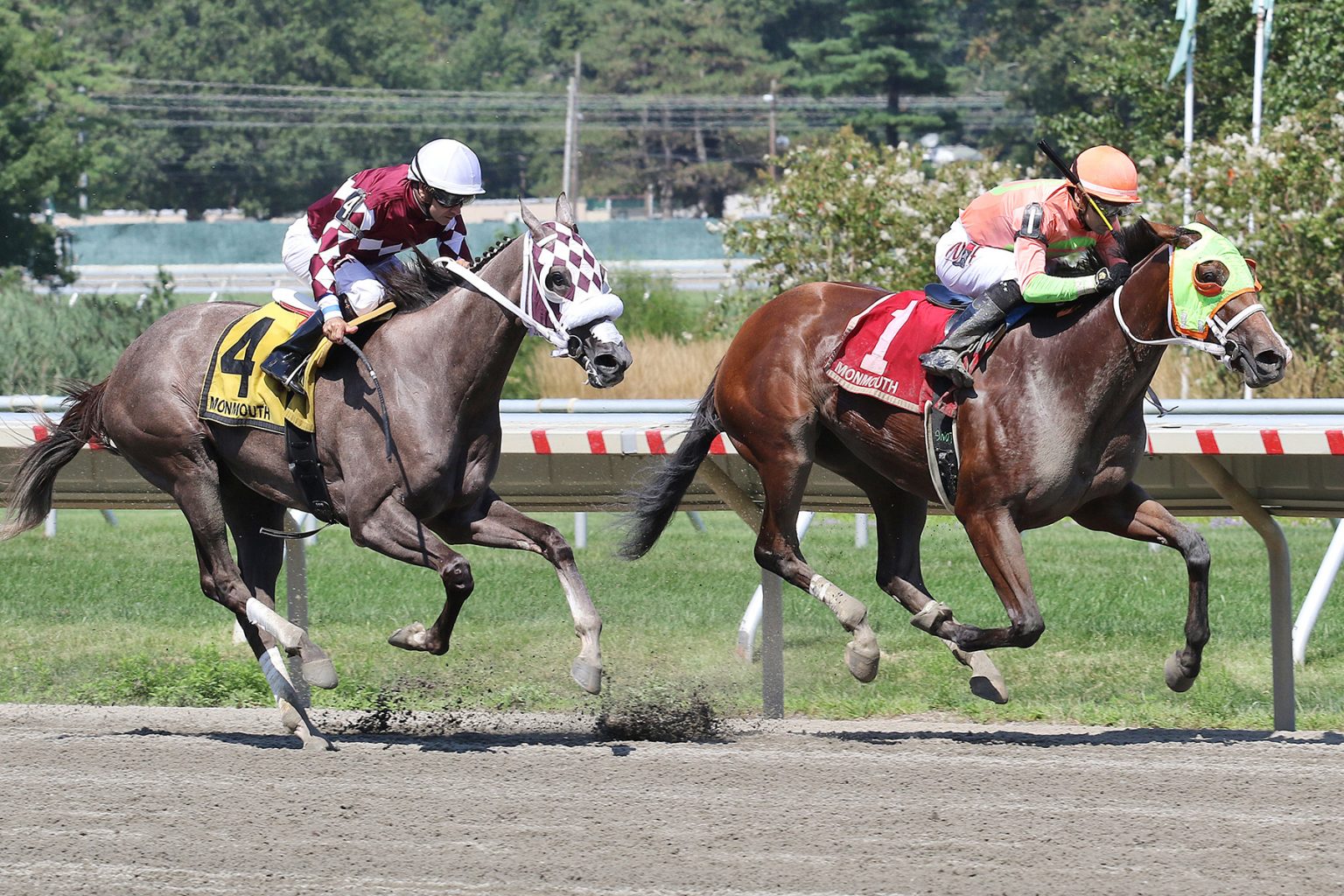 Even after Horologist won her first start by 20¾ lengths last year, doing so against colts, octogenarian trainer John Mazza held off on declaring his filly to be something special.

There’s no need to do so any longer.

Jersey-bred Horologist provided Mazza with his first graded stakes victory since 1992 and stunned 2018 Juvenile filly champion Jaywalk by capturing the Grade 3 Monmouth Oaks by three-quarters of a length on Saturday at Monmouth Park.

Jaywalk, the 1-5 favorite, was wide on the first turn and faced pressure throughout the early stages of the mile and a sixteenth race, working hard to make the early lead but then failing to find an extra gear when Horologist slipped up along the rail coming out of the final turn and engaged her. Sweet Sami D was third, 2¼ lengths behind Jaywalk.

“I had a lot of confidence in her today but I didn’t think she could beat Jaywalk,” said Mazza. “She’s a game Jersey-bred. In this business you’ve got to keep proving. I think she proved herself today. I’m emotional. It’s been a long time between graded stakes wins for me. I’m so happy it happened again with her.

“I thought she would run a bang-up race. I just didn’t know if we could beat a champion like Jaywalk.”

Horologist, who sat in third for the opening mile, notched her fourth straight win and first in graded stakes company, improving to 5-for-10 lifetime. She covered the mile and a sixteenth in 1:44.44.

“I was confident going in. I studied the race really well,” said Suarez. “I thought I had a good shot. I expected the race to set up just the way it did for me because there was enough speed to make Jaywalk work. Her last race they let her walk on the lead real easy at Delaware. Today I knew it was going to be a different outcome because there was some speed to make her work. If no one else went after her I was going to have to be the one to do it.

“Once I saw another horse go after her it was perfect. I took a seat and waited for the right moment. Passing the three-eighths I was loaded. I was deciding whether to go outside or inside. I opted to go inside and it worked out good. I was a little worried in the stretch because I wasn’t sure if my horse could fight off Jaywalk. But she was just so game.”

Owned by Cameron Beatty’s Theres A Chance Stable, Horologist returned $12.80 to win. Beatty, a 27-year-old investment banker, only owns one other horse.

“It’s happening very fast for me. I’m down to two horses and I only bought my first one in 2015,” Beatty said. “I would have never named my stable Theres A Chance if I didn’t think we had a chance in races like this.

“I look at it as, if you’re not in it you can’t win it. We took a shot thinking there was a little bit of a chance. I guess there was a 5-1 chance because it happened. It’s unbelievable.”

Trainer John Servis had been looking for another lopsided victory for Jaywalk as he points her to the $1 million, Grade 1 Cotillion at Parx on Sept. 21. She came in off a nine-length romp in the Delaware Oaks.