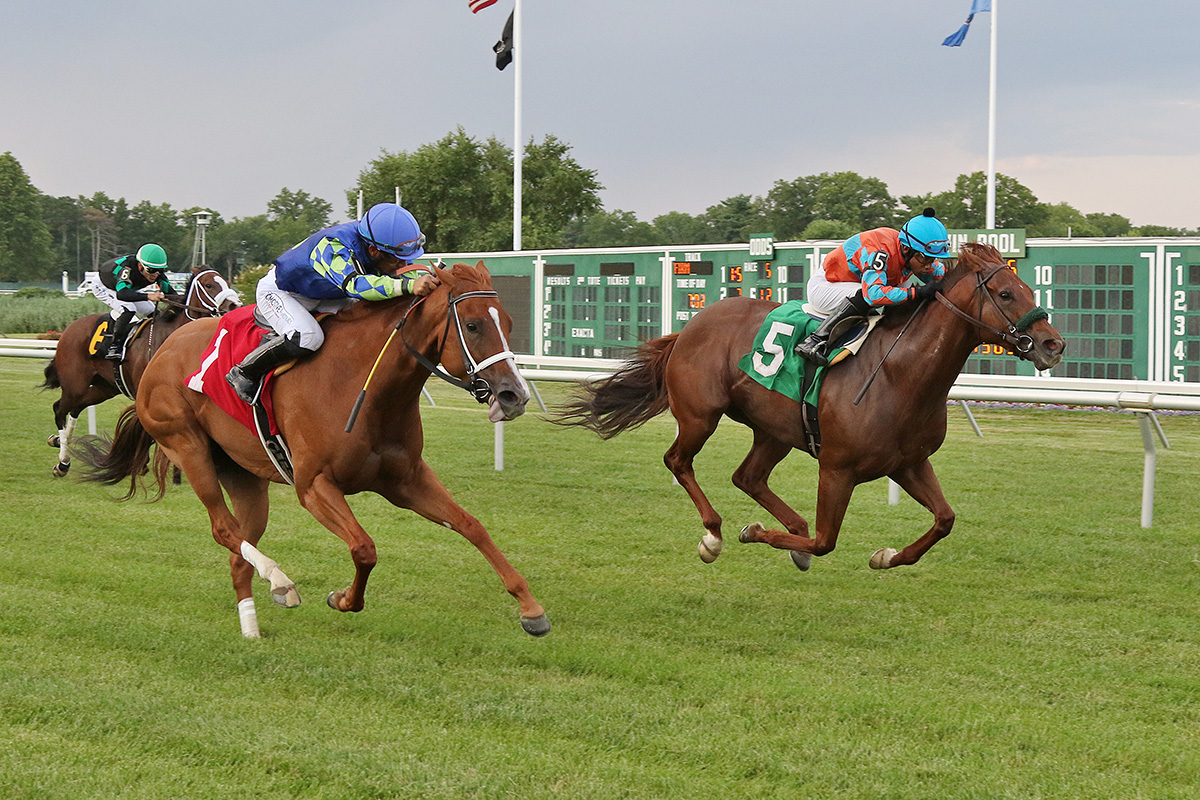 Introduced took control coming out of the final turn and built up enough of a lead to hold off the late charge of 3-10 favorite Miss Aurament, scoring a nose victory in the featured $65,000 allowance on Friday night at Monmouth Park.

After chasing the speed of Tracy Ann’s Legacy through fractions of :21.16 for the opening quarter and :43.51 to the half, with Miss Auramet sitting off that duel, Introduced grabbed the lead coming out of the turn and was able to last for jockey Tomas Mejia.

The winning time for the five furlongs over a firm turf course was :55.27.

Trained by Jorge Duarte, Jr., Introduced notched her seventh victory in 18 career starts. The 5-year-old daughter of El Padrino returned $23.80 to win in the field of eight fillies and mares, 3 and up.

The six-race card also saw jockey Dierdre Panas win her first race since June 24, 2020 and her first at Monmouth Park since Aug. 11, 2013 when she booted home Ask Around ($6.00) in the first race, surviving a prolonged stretch duel with Rob the Treasure and leading rider Paco Lopez.

Panas, who began her career in 1991, has mostly been free-lance galloping horses of late, she said, having gone 1-for-29 combined the past three years entering last night.

“I originally came back here because it looked like they would be short riders but that didn’t happen,” she said. “I told myself I would give it a month but it has been over two months and I don’t want to leave. I’m glad I had a winner. Hopefully this will lead to more.”

Pansas has had limited rides the past seven years, winning just six times from 120 mounts since 2015.

The winner was trained by Doug Nunn, whom Panas said she has been riding for since 1992.