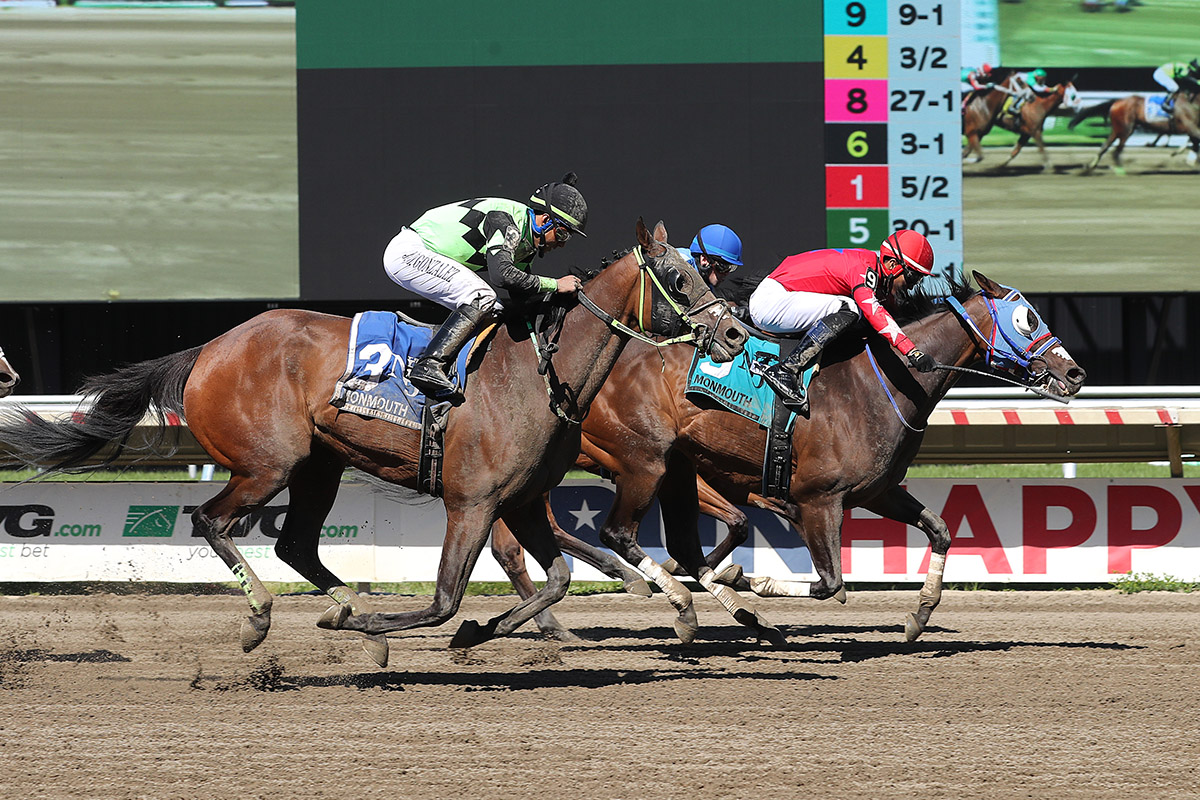 The way I’m Listening has been acting and racing lately, trainer Claudio Gonzalez said it’s impossible to tell that the mare is 8 years old.

“It’s like she’s 3 or 4 again with her energy,” he said. “You can see that when she races. Her four races this year have all been good.”

Having recorded her first career stakes victory in her last start – in her 30th lifetime start — I’m Listening will look to continue her form spree in Saturday’s $85,000 Jersey Girl Stakes at Monmouth Park, with Gonzalez switching her back to the turf for the one-mile feature for Jersey-bred fillies and mares 3 and up.

“She has run some really good races in the past on the grass and she is really sharp right now,” said Gonzalez. “This is why we claimed her – for these Jersey-bred stakes races. She fits very well in these races.”

Since being claimed for $15,000 by Magic Stable LLC on Aug. 13, 2021, I’m Listening has three wins, a second and two thirds in eight starts for Gonzalez. The highlight was her last start, when she won the Smart N Classy Stakes at a mile on the dirt at Monmouth Park on June 5.

“It’s unusual for a horse to win their first stakes in their 30th career start,” said Gonzalez. “It’s not something that happens a lot. But she is really sharp right now.”

For her career, the daughter of Freud-Way with Words by Sefapiano shows an 8-6-6 line from those 30 starts with lifetime earnings of $307,600. She has a two wins, a second and a third from her four starts this year.

“We wanted to get her back on the grass and this was the perfect spot,” Gonzalez said.

For Gonzalez, the 45-year-old native of Santiago, Chile, I’m Listening offers the chance of adding to his win total at Monmouth Park. He is currently second in the trainer standings with 13 winners, one behind Jerry Hollendorfer. Kelly Breen is third with 12 wins.

With 19 training titles either owned or shared at Pimlico and Laurel, Gonzalez is no stranger at being the top guy. But he has yet to win a title at Monmouth Park, where he started his career in 1995 after arriving from Chile.

Gonzalez was third in the Monmouth Park trainer standings a year ago with 23 winners.

“You never know,” he said. “I’m going to try to win the title here, I don’t have a lot of horses right now at Monmouth – about 25. But I can always bring some up from Laurel if I need to.