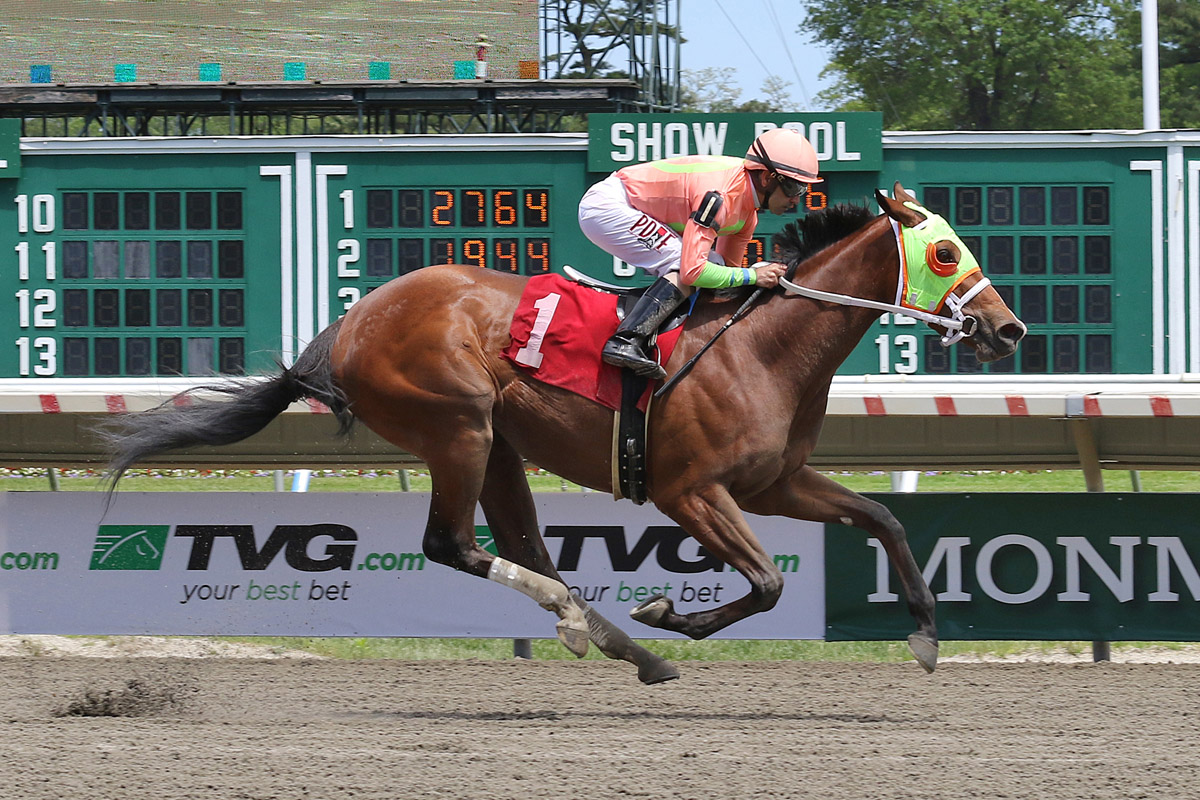 After 58 years of showing up in the mornings to Barn 3 on the Monmouth Park backstretch, John Mazza doesn’t need any added incentive to continue doing so. But it sure helps, said the 82-year-old trainer, when a horse like Horologist is waiting for him every day.

“She’s just a nice filly,” said Mazza. “It keeps it fun when you have one that has the kind of talent that she has.”

After creating a buzz at Monmouth Park last August when she won her debut at 2 by a staggering 20¾ lengths in a 5½-furlong race, Horologist finally appears to be living up to the hype that performance created.

The daughter of Gemologist-Cinderella Time by Stephen Got Even tops a field of eight Jersey-breds in Sunday’s $75,000 Smart N Classy Handicap that headlines Monmouth Park’s 12-race card.

She does so off perhaps the two best races of her career – a March 8 victory at Gulfstream Park at a mile followed by a five-length score at Monmouth Park on May 25 at a mile and 70 yards, a race that earned Horologist a career-best 90 Beyer Speed Figure.

In between her eye-opening first start and those two victories were five uneven performances that forced Mazza to call on nearly six decades as a trainer to get Horologist back to her winning ways.

“I backed off on her for a while because I wanted to develop her,” said Mazza, who has three wins and two seconds from five starters at the Monmouth Park meet. “She just needed time to develop. Now you look at her and she looks phenomenal. She’s filled out, she’s happy, she’s healthy and she looks fantastic.”

Owner Cameron Beatty, who heads up Theres A Chance Stable, said Mazza’s “magic touch” has helped get Horologist into peak form. At 125 pounds, she is the high weight in the one mile Smart N Classy.

“John has taken his time with her and it’s working,” said the 27-year-old investment banker. “She’s training well and she’s coming out of two really good, strong races.”

Horologist is just the second horse Beatty has owned, and he admits he “couldn’t believe what I was seeing” when she won her debut by 20¾ lengths.

“I was in the grandstand and saw her pulling away,” he said. “I didn’t know what to think. I’d never seen anything like that.”

Joe Bravo has the mount aboard Horologist, who boasts a 3-1-2 line from eight career starts with lifetime earnings of $128,105. She is 2-for-2 on the dirt at Monmouth Park.