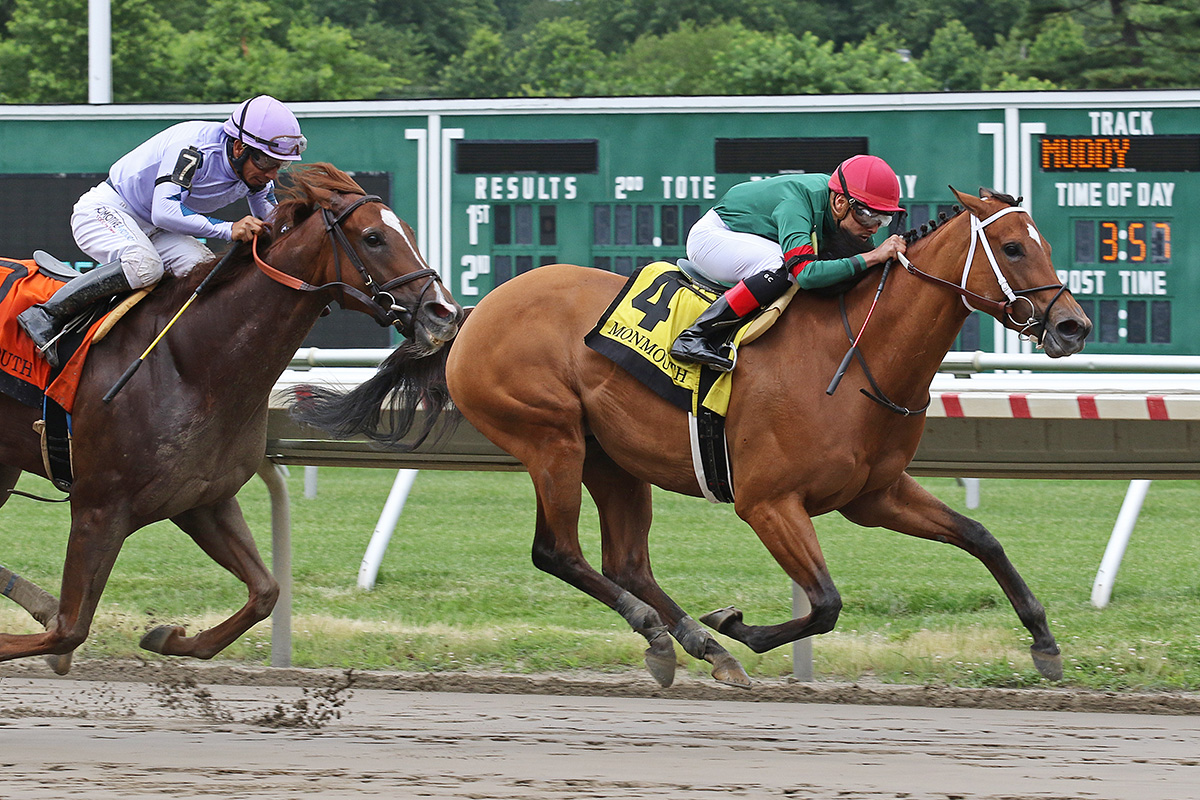 When Honey I’m Good finished a tiring sixth in the Politely Stakes in her season debut on May 30 – just the second time she had failed to hit the board in her first 12 career starts – her connections simply drew a line through the race.

Saturday it was easy to see why.

Despite breaking through the gate prior to the start, Honey I’m Good sped her way to a gate-to-wire victory in the $75,000 Regret Stakes at Monmouth Park, having just enough in reserve to hold off 2-5 favorite Bayerness by a neck.

For the 5-year-old daughter of Shackleford it marked her sixth career victory and second lifetime stakes win. She flashed under the wire in a sharp 1:09.28 for the six furlongs over a muddy/sealed track.

“I don’t think she cared for the track in her last start and she needed to settle in here a little bit to train,” said Mitch Dennison, who oversees Hall of Fame trainer Steve Asmussen’s division at Monmouth Park. “She has been working well here, calm and quiet, and that’s important with her because she can be a nervous filly – as we saw when she broke through the gate before the start today.

“She was a little more nervous than we’d like her to be but she settled in and handled the track well.”

Honey I’m Good was caught almost immediately after she broke through the gate and then showed why she was so eager to get going.

She took pressure early from Bronx Beauty, with Bayerness sitting off those two, through an opening quarter of :22.29 and a first half in :44.94. Bayerness passed Bronx Beauty in mid-term and then set her sights on Honey I’m Good.

But Honey I’m Good was able to last, returning $14.40 to win. It was another five lengths back to Bronx Beauty.

“I was worried when she broke through the gate,” said Corrales. “I knew I needed to break on top. That’s where she is at her best and it was the best way to beat (Bayerness). My horse was very comfortable. I saw (Bayerness) coming at us late but my filly had enough left.”