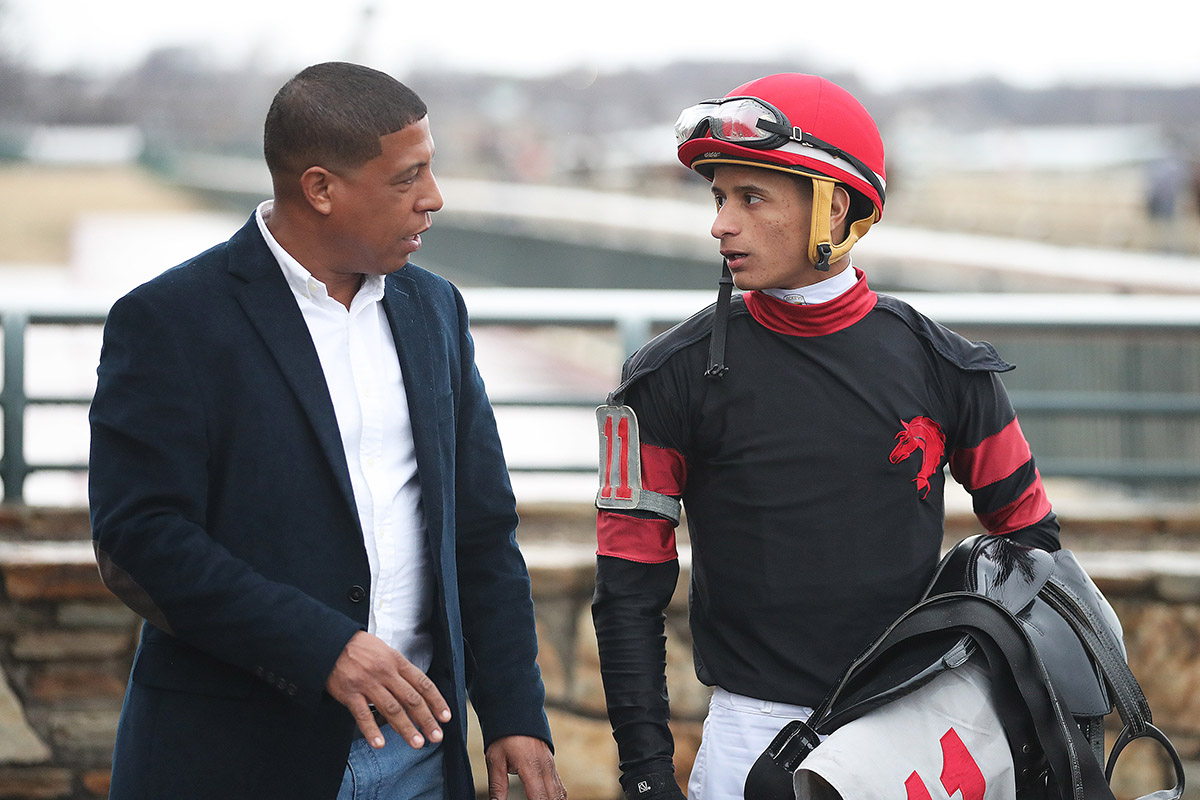 He will do just that in Saturday’s $100,000 Mr. Prospector Stakes at Monmouth Park, with the six-furlong feature teeming with both speed and talent. Milian isn’t quite sure where Hollywood Jet fits in that, acknowledging that “this is the toughest challenge of his career so far.”

The problem is, speed is in abundance in the Mr. Prospector, from the Carlos David-trained Quick Tempo, who is shipping in from Churchill Downs, to Oaklawn shipper Greeley and Ben, to the Kelly Breen-trained River Dog. Looming as a major contender off the pace is Drafted, who has posted victories in Grade 3 stakes in two of his past three races. In between, he was fifth in the Grade 1 Carter.

The career statistics for the gelded 4-year-old son of Uncaptured are dazzling. From 14 career starts he has nine wins, two seconds and two thirds. He started his seven-race winning streak last Sept. 20, with his most recent score by 10½ lengths at Parx on May 17.

But with the exception of the Fishtown Stakes on March 7, Hollywood Jet has, Milian concedes, been carefully spotted. One other issue: The horse has only raced at Parx throughout his career.

“I’ve tried to guide him into easier spots than this race,” said the Parx-based Milian. “I really haven’t tried a tough field like this for him. Now it’s time to try better company.

Since Milian claimed the horse for himself, Hollywood Jet has eight wins, a second and a third in 11 starts. He blames himself for the one off-the-board finish of the horse’s career, with Hollywood Jet a well-beaten fifth against allowance company last July 14.

“I consider that my mistake because I tried to change the way he runs that race,” said Milian. “There was a lot of speed in that race too, so I told the jockey (Luis Ocasio, his regular rider) to take him back and make him close. He did not like that. He was fighting the jockey the whole way.

“He is a speed horse. That’s the way he runs. I know there are a few horses in this race that are going to be tough to beat. I know a lot of them also have speed. But my horse loves to fight. He will be out there fighting with them for the lead. He loves that. That is how he loves to race.”

The other concern Milian has is shipping.

The Mr. Prospector Stakes headlines a 12-race card on a Saturday card that falls in the middle of the start of three-day racing weekends at Monmouth Park. The track’s first Friday card is set for a 2 p.m. start for an eight-race card. Post times on Saturday and Sunday are 12:15 p.m.