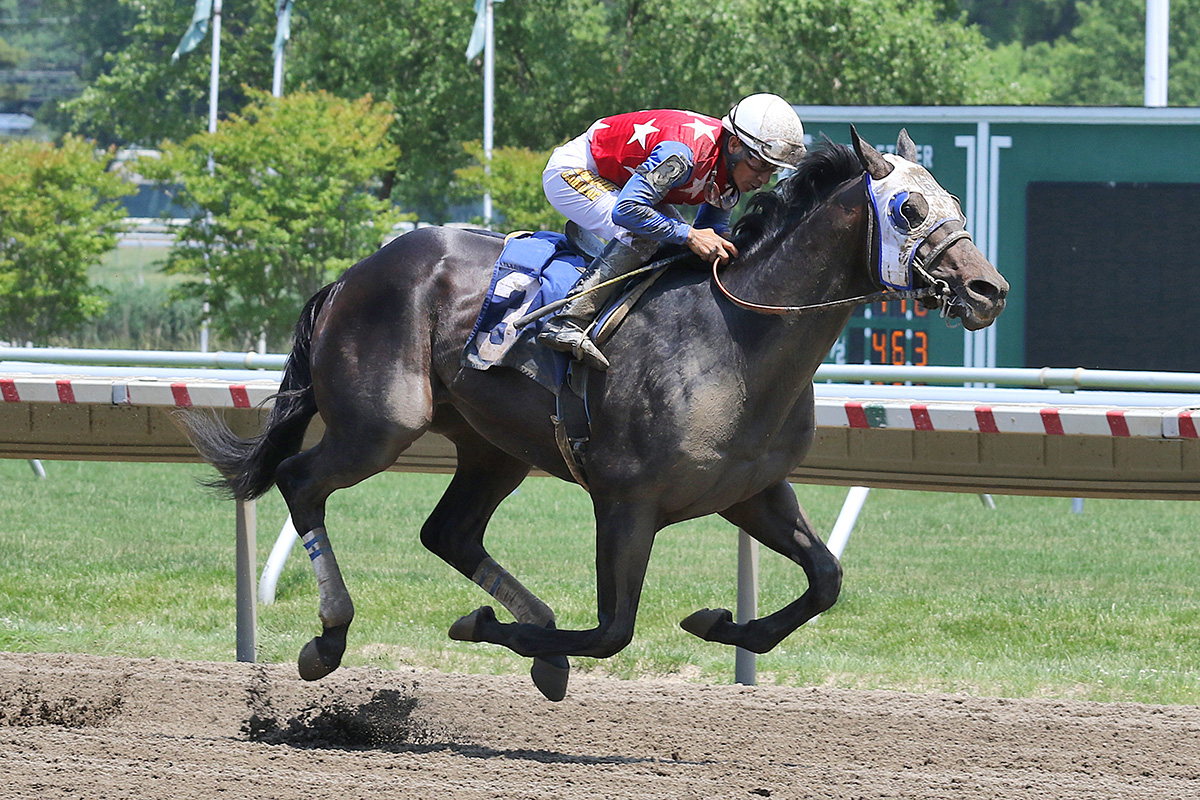 Antigravity, a perfect two-for-two at Monmouth Park, became a late addition to Saturday’s TVG.com Haskell Stakes when Hall of Fame trainer Jerry Hollendorfer announced today that he will enter the son of First Samurai in the $1 million Grade 1 race.

Hollendorfer was initially considering Antigravity for the Haskell before deciding to opt instead for the $75,000 Tale of the Cat Stakes on July 25 at Monmouth Park. Those plans changed back on Monday, according to Dan Ward, who oversees Hollendorfer’s division at Monmouth Park.

With the late addition of Antigravity, the Haskell field has grown to seven with the three Triple Crown runners-up (Mandaloun, Midnight Bourbon and Hot Rod Charlie), Following Sea, Pickin’ Time and Basso all expected to start.

Antigravity is owned by Dennis January and Hollendorfer LLC.

“The owner (January) wants to enter,” said Ward. “He thinks running third or fourth in the Haskell is better than winning the stakes we were considering. He wants to take a shot because who knows when you will get another chance like this?”

Antigravity broke through in his 11th career start – and first ever at Monmouth Park – when he won a Maiden Special Weight race on June 6. He followed that by winning an allowance optional claimer on June 26, a race in which Haskell contender Basso finished sixth.

Those have been his only two tries at Monmouth Park after racing at Del Mar, Keeneland, Churchill Downs and Oaklawn Park.

David Cohen has been enlisted to ride.

“The horse is doing great,” said Ward. “He’s doing super. You can see he has gotten more confidence with the two wins. And we know he likes the track.”

Antigravity worked 1:04 breezing for five furlongs on Sunday, with Ward saying “it was just a maintenance work. We weren’t looking for too much.”

Antigravity sports a 2-2-2 line from seven starts this year and is 2-3-3 overall from his 12 career starts.

The post position draw for the 54th edition of the Haskell is 1 p.m. on Wednesday at Monmouth Park.