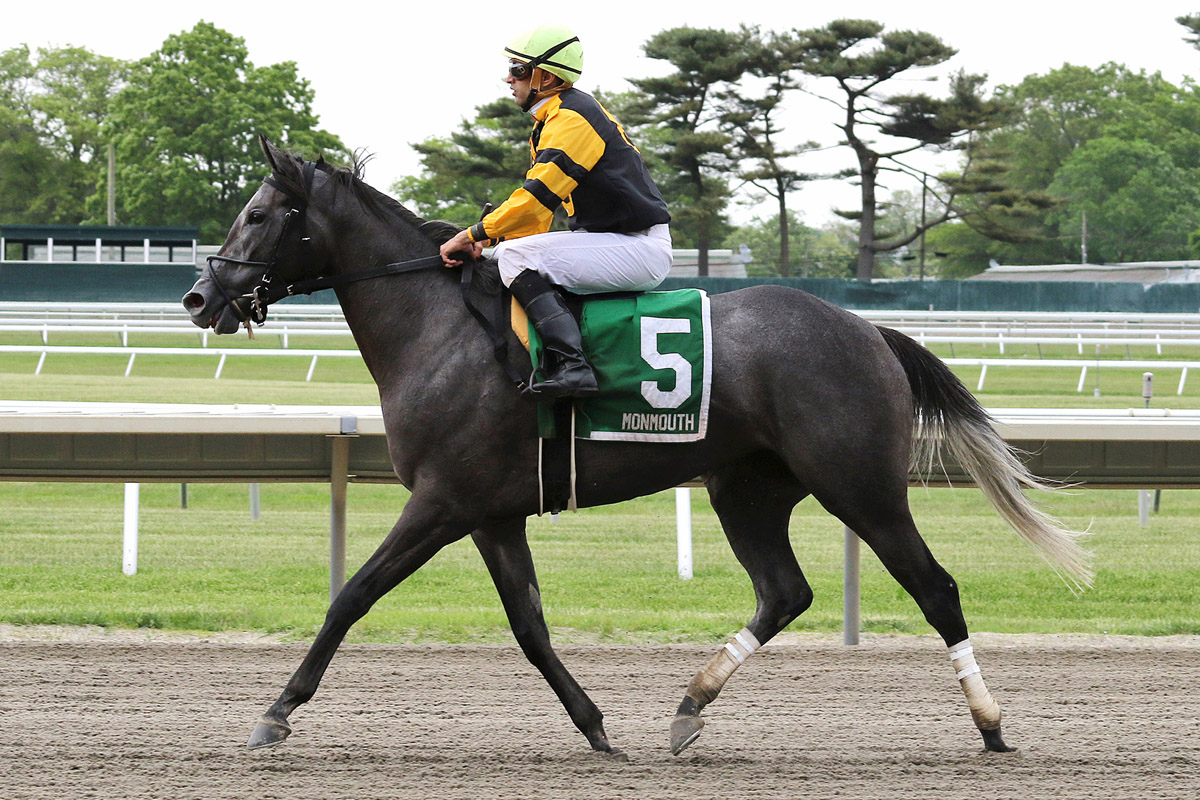 Late-running Hogans Holiday took full advantage of blazing early fractions and roared from next-to-last place early in the stretch to score a neck victory in track record-equaling time in the $75,000 Miss Liberty Stakes on Sunday at Monmouth Park.

Sent off at 11-1 in the field of eight fillies and mares by the crowd of 13,944, Hogans Holiday slipped to the outside at the top of the stretch and finished with a dazzling late kick to beat 2-1 favorite Jehozacat by a neck. It was another neck back to Fools Gold in third.

Hogans Holiday covered the mile and a sixteenth over a turf course listed as “firm” in 1:39.53, matching the track record for the distance set by National Kid in 2010.

“I really wasn’t worried about being that far back at the top of the stretch,” said jockey Hector Diaz, Jr. “I knew they were going pretty fast up front so I knew my filly was going to close. (Trainer) Marcus (Vitali) told me that when you switch her to the outside she is going to take off – and she really did.

“I watched a couple of replays of her races at Gulfstream so I knew what to do with her. She loves being on the outside when she is ready to run. You’ve got to be patient. You’ve got to save ground with this filly and then let her roll late.”

Coffee Crush blazed the early fractions, taking the field to six furlongs in 1:08.80 before fading to fifth.

The victory was the sixth in 16 career starts for Hogans Holiday, a 4-year-old daughter of The Factor-Hogan Beach by Harlan’s Holiday. She is owned by John Grossis Racing Corp.

“I told Hector not to hurry this filly, to stay inside and save ground on both turns if possible,” said Vitali, who is based at Delaware Park.  “This filly loves the one-turn grass races at Gulfstream, so we figured the extra distance would help her. She ran a big race, and it worked out just the way we hoped it would. She has talent.

“The trip has to be good for her and if it is she usually runs a heck of a race.”