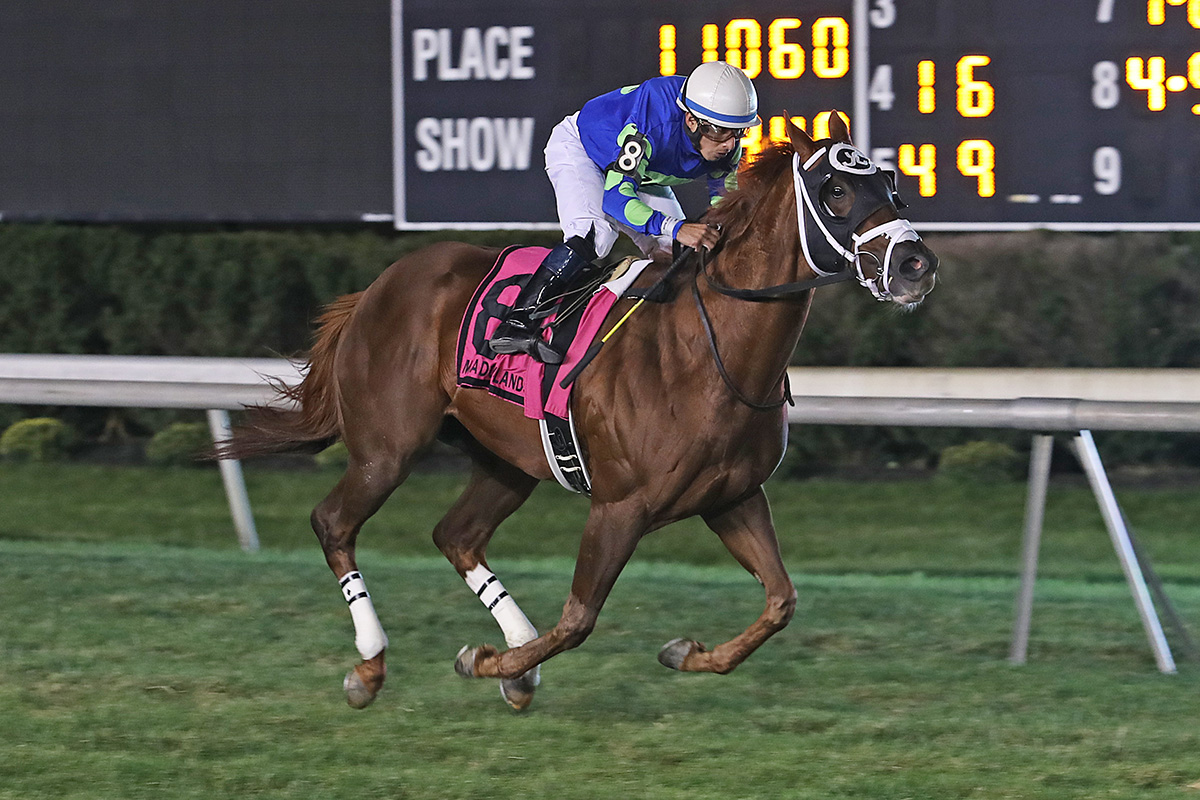 EAST RUTHERFORD, N.J. — High Limit Room broke alertly, set fast early fractions and then drew off in the stretch to score an easy 4½-length victory in the featured $45,000 allowance on Saturday night during the Monmouth-at-Meadowlands meet.

Ridden by Jorge Panaijo and trained by Jose Camejo, High Limit Room blazed the opening quarter in :21.80 and took the eight-horse field to the half in :44.43 before opening up even more in the stretch. The winning time for the five furlongs over a firm turf course was a sharp :56.45.

The victory was the second on the six-race card for Panaijo.

High Room Limit, a 3-year-old gelded son of Kantharos, notched his third victory in six career starts, with all of his wins coming in turf sprints.

He returned $3.80 to win. Valmont was second, a neck ahead of Bee by the Sea.

Racing resumes during the Monmouth-at-Meadowlands meet on Friday, Oct. 15, with a six-race all-turf card. First race post time is 7 p.m.