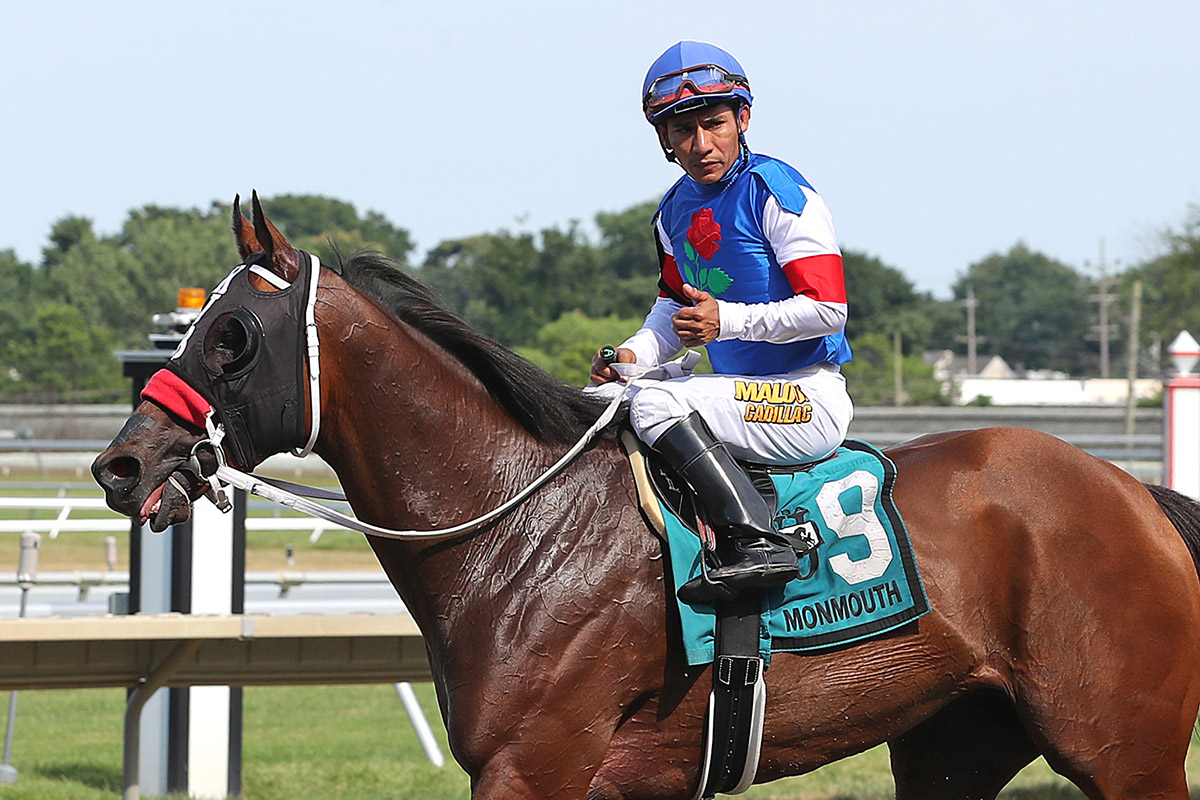 Trainer Kelly Breen isn’t quite sure what’s next for He’spuregold, but the 4-year-old Jersey-bred appears headed for bigger things and more challenging company.

One race after making his seasonal debut against open company a winning one, He’spuregold followed that up with an impressive 2½-length victory in Sunday’s $85,000 Irish War Cry Handicap at Monmouth Park – the second straight year the gelded son of Vancouver has won the race for Jersey-breds.

“We’ll put our heads together and figure out what’s next,” said Breen. “Watching him today, watching him warm up and watching him in the paddock, he was so mature. It was visually impressive. He did everything right before the race and then during the race. I couldn’t be any prouder.”

Simply put: He’spuregold appears ready for more than just Jersey-bred company. He is now 3-for-3 in Jersey-restricted races and has four wins and a second in five starts over Monmouth Park’s turf course. He was fourth in the Grade 3 Saranac at Saratoga a year ago and may be ready for that type of company again.

The crowd of 12,071 had the one-mile grass race pegged right, with He’spuregold winning at odds of 7-10 in the nine-horse field and 5-2 second choice Golden Brown launching from far back to get second, a nose ahead of early pacesetter There Are No Words, the only 3-year-old in the field.

The win gave leading rider Paco Lopez four winners on the card and a sweep of the Jersey-bred stakes over the weekend after he won the Jersey Girl Handicap on Saturday aboard Bramble Bay.

“He’s very sharp right now,” said Lopez. “I was in the perfect position. We knew (There Are No Words) would be the speed and he would try to go as long as he could on the front end. I found a nice spot on the rail, third and fourth, but I always had the leader in my sights.

“Coming out of the turn when I asked him he did it so easily. He was moving very well. He gave me a very good kick.”

Owned and bred by John Bowers Jr.’s Roseland Farm, He’spuregold now sports a 4-2-3 line from 12 career starts. Lopez was aboard when he beat open company in an optional $30,000 claimer to kick off the year on May 29 at Monmouth Park.

There Are No Words carved out fractions of :23.98, :47.27 and 1:11.14 for the opening six furlongs, with Lopez finding a spot on the rail not far off the leader. Wheeling out of the final turn, He’spuregold was tipped outside and went by There Are No Words by mid-stretch. Golden Brown closed for second from far back.

“This was a stellar field,” said Breen. “I was surprised at how low his odds were. Golden Brown is a warrior and you had a couple of young guns coming after us. I didn’t see us as (7-10) the way the public did. He ran well. He ran very professionally.

“It’s always nice when you can run them out of their own stall. He trains here and he was bred nine miles from here so he’s a Jersey-bred through and through.”