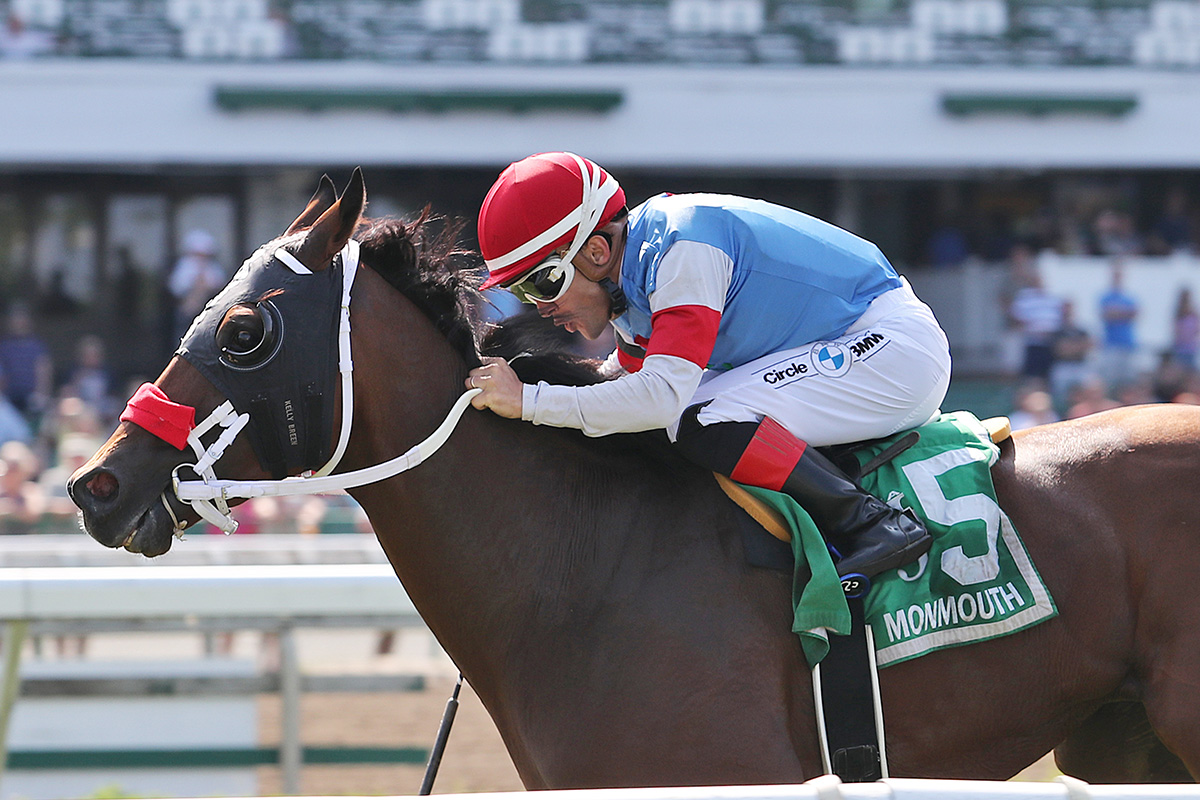 Owner and breeder John Bowers was so confident in the turf breeding of He’spuregold that he specifically targeted a summer stakes race for trainer Kelly Breen to point to with then-3-year-old maiden gelding this spring.

That race was Saturday’s $85,000 Irish War Cry Handicap and Bowers’ faith was rewarded in a big way as He’spuregold skimmed the rail coming out of the final turn and went on to a one-length victory in the feature at Monmouth Park, just one race after breaking his maiden.

A half-brother to 2019 New Jersey-bred Horse of the Year Valedictorian, He’spuregold is a son of Australian sire Vancouver out of Smart N Classy. He paid $5.40 to win in the field of eight New Jersey-breds, 3 and up, covering the mile over a firm turf course in 1:35.53.

“This was on Mr. Bowers’ plan when he gave me the horse to run at Monmouth this spring,” said Breen. “We talked about this race on Jan. 1. He had this circled on his calendar. He asked me if I could get him to this race.”

The optimism on Bowers’ part was steeped simply in the turf breeding, since He’spuregold took seven tries to break his maiden. Given to Breen from Michelle Nehi three races ago, He’spuregold now has two wins and a second over that span.

As Quiberon Bay engaged Optic Way in the stretch, Juarez sent He’spuregold through an opening on the rail. Quiberon Bay finished second, a head better than Optic Way.

Said Breen: “He rode him great, the rail opened up, it all worked out.”

He’spuregold, owned by Bowers’ Roseland Farm Stable, now shows a 2-2-3 line from eight career starts, all on the turf.