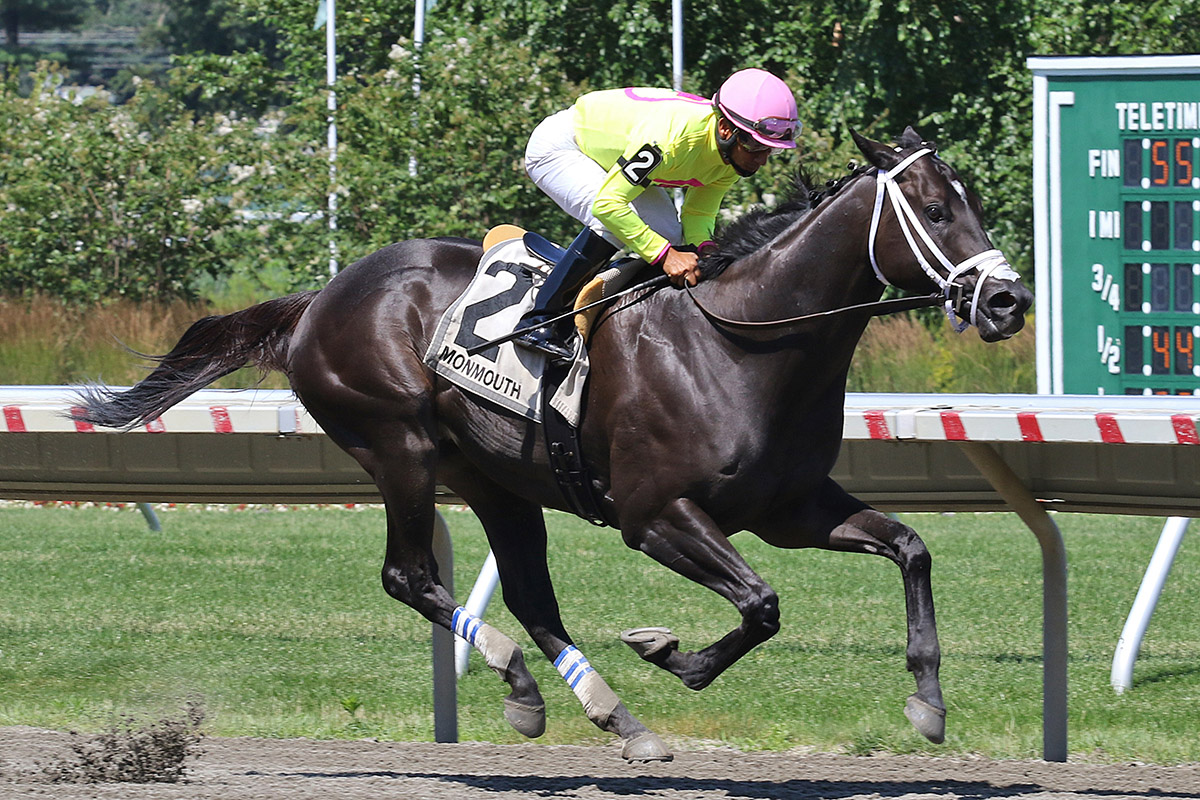 Ray’swarrior extended his impressive form spree since being switched back to the dirt five races ago, going gate to wire and easily outclassing the field on the way to a four-length victory in Thursday’s $75,000 Rumson Stakes at Monmouth Park.

Since being moved back to the dirt by trainer Jason Servis, the 7-year-old gelding has two wins and three seconds – with the Rumson marking his first stakes win in 22 career starts.

“I was being a fool running this one on the turf,” said Servis, who notched his fifth stakes win at the meet. “Really, that’s the whole deal with this horse. I tried the turf with him because he is just so fast. But he showed me how good a dirt horse he is the first time I ran him on the dirt at Gulfstream. He won by 9¼ lengths.

“I was gravitating toward the turf with him initially because you see so many chances at five-eighths and five and a half furlongs for horses like this and with his speed it seemed to make sense. But it’s pretty obvious he’s a much better dirt horse.”

Servis tried Ray’swarrior on the grass for four straight starts after taking over the training responsibilities from Rudy Rodriguez nine races ago. The switch back to dirt produced the lopsided victory at Gulfstream on Dec. 19, and the horse has done little wrong since.

Ray’swarrior shows a 6-6-2 line from 16 career dirt starts. He has a win and a second from six grass starts.

Lopez put his mount on the lead through an opening quarter of :22.03, reaching the half in :44.53, and the race became a battle for second, with Wonderful Light out-finishing Share the Ride by a head for the place money.

“He has a lot of speed and if he wanted to make the lead easily I was going to let him make the lead,” said Lopez. “But he can sit off the pace too. Once he broke well and nobody pressed us we made the lead easily. I kept looking and no one was coming. I pushed him a little just to make sure and he kept going. He won in hand.

“He was the best horse in the race. Jason Servis has done a very good job with this horse.”

Ray’swarrior, a son of Majestic Warrior-Mary Alex by Honour and Glory, is owned by Michael Dubb.

Earlier on the eight-race holiday card, Jack Fisher showed why he has been the country’s leading steeplechase trainer 12 times – including the past seven years consecutively – when he swept both jump races.