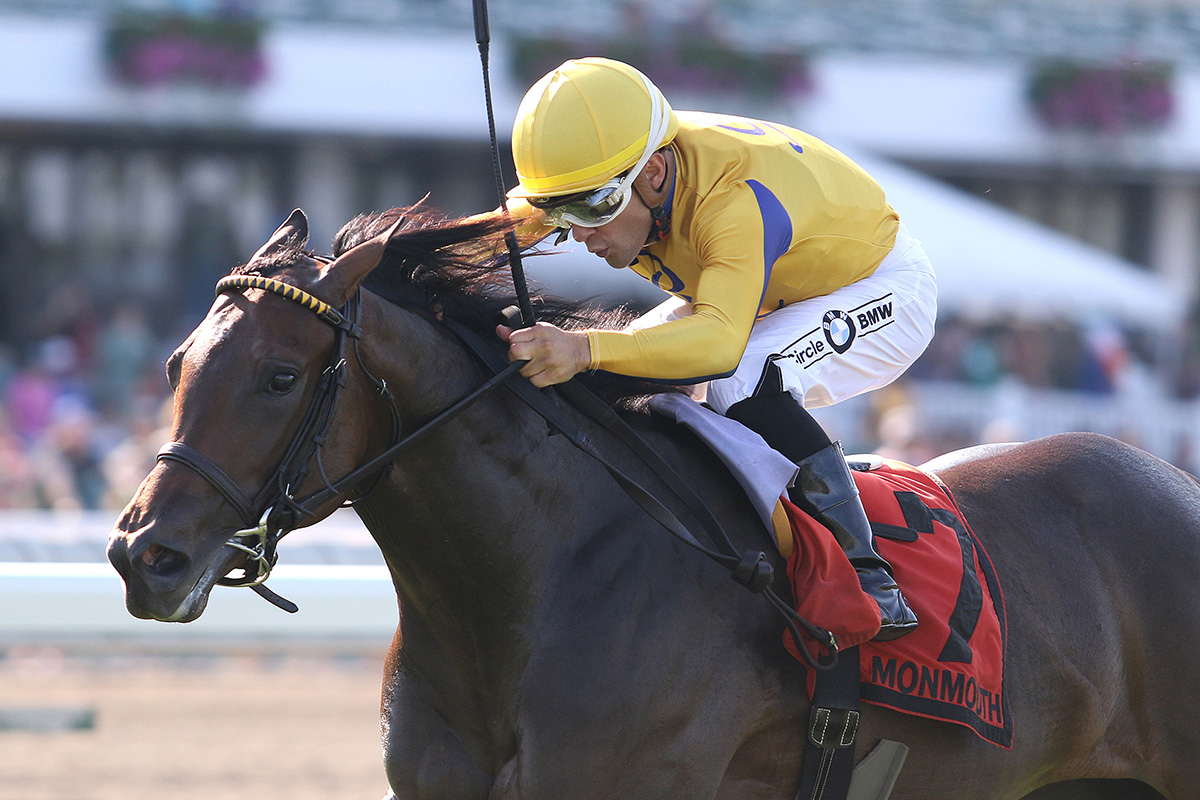 Back on a firm turf course in America, heavily-favored Karak lived up to her lofty yearling price, sitting a perfect stalking trip before going on to an easy 2½-length victory on Saturday in the $75,000 Tyro Stakes at Monmouth Park.

The daughter of Karakontie-Down the Well by Mujadil, a $365,000 yearling purchase, rebounded from a 15th-place showing over a soft turf course at Ascot on June 19.

The victory was her second in three career starts.

Trained by Wesley Ward and ridden by Nike Juarez, Karak sat off the blazing early fractions set by Ryan’s Cat in the five-furlong turf dash for 2-year-olds before drawing away with ease. Now Is was second, 1¾ lengths ahead of Shield of Faith.

“Even though this filly has a lot of speed I was hoping for someone to follow and hook onto, just the way we were able to do,” said Juarez, who is atop the Monmouth Park jockey standings. “When Ryan’s Cat was out there flying and we were just off of that one I had a nice hold on my filly. When I got to the turn she started making up ground willingly.

“Heading into the lane, as soon as I asked her, she proved herself to be much the best today.”

“This filly was purchased to win, or to have a big chance at winning, at Royal Ascot,” said Ward. “It took a little time to get over a few minor issues she had and it was a rush job to get her to her first race and then to Ascot. When we got to Ascot everything was just great, and then all of sudden there was a deluge. It didn’t just rain. It was like someone opened the hot and cold faucets and just let them run full blast. As with most American-bred horses they don’t take well to the soft turf and she didn’t.

“But everything has been straightforward with her ever since. She has no issues at all now. She ran a beautiful race with fast fractions today. It was impressive that she kept going.”