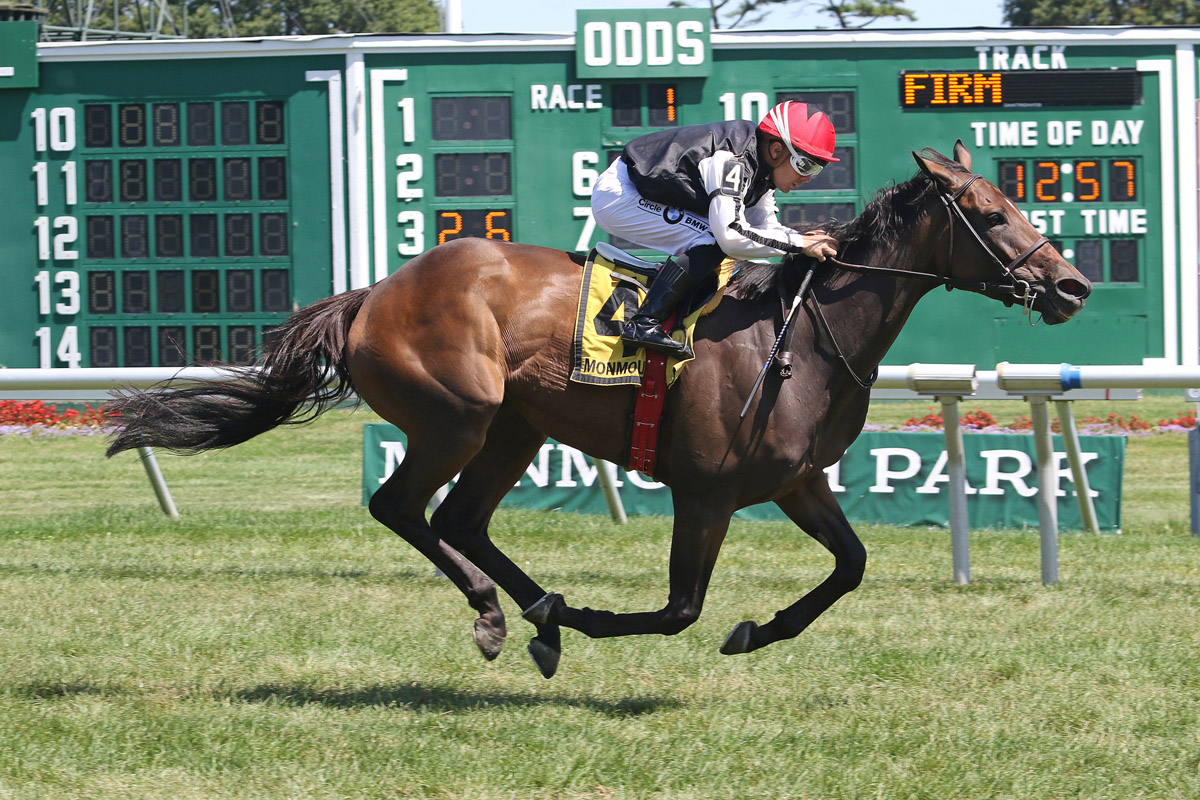 Besides having a decided class advantage over her rivals in Saturday’s Unbridled Essence Stakes at Monmouth Park, Homeland Security had another edge over the field: Her love for the mile and half distance on the turf.

Looking every bit the part of a 3-5 favorite, Homeland Security broke through for her first victory of the year, notching a 1¾-length victory at the rarely-used distance in the featured Unbridled Essence Stakes.

Ridden by Nik Juarez and trained by Christophe Clement, the 5-year-old daughter of Smart Strike-Forever Beautiful by Giant’s Causeway won for the third time in five tries at 12 furlongs during her career. She also has a third-place finish at the distance.

Content to sit a close-up third through the opening mile, Juarez was able to get off the rail and in the clear with Homeland Security after Lemon Zip made her move for the lead around the final turn, overtaking tiring pacesetter Nonsensical.

Juarez’s horse simply powered away in the stretch.

“I spoke to Christophe Clement this morning and he said to just be patient,” said Juarez. “I was sitting a good trip. On the backside, with about a half-mile left, I didn’t know if I was going to find a way off the rail and out of there. When Tyler Conner made his move at the three-eighths pole (with Lemon Zip) and took the lead I was able to get out of that pocket and go

“I was just sitting and waiting to make a move. I knew I had the best horse in the race.”

Homeland Security, owned by Moyglare Stud Farm Ltd. Posted her fifth victory in 12 career starts. She had been 0-for-3 in 2019 before this victory.

Lemon Zip held for second. It was another 5½ lengths in third to the late-running Icy Calm.