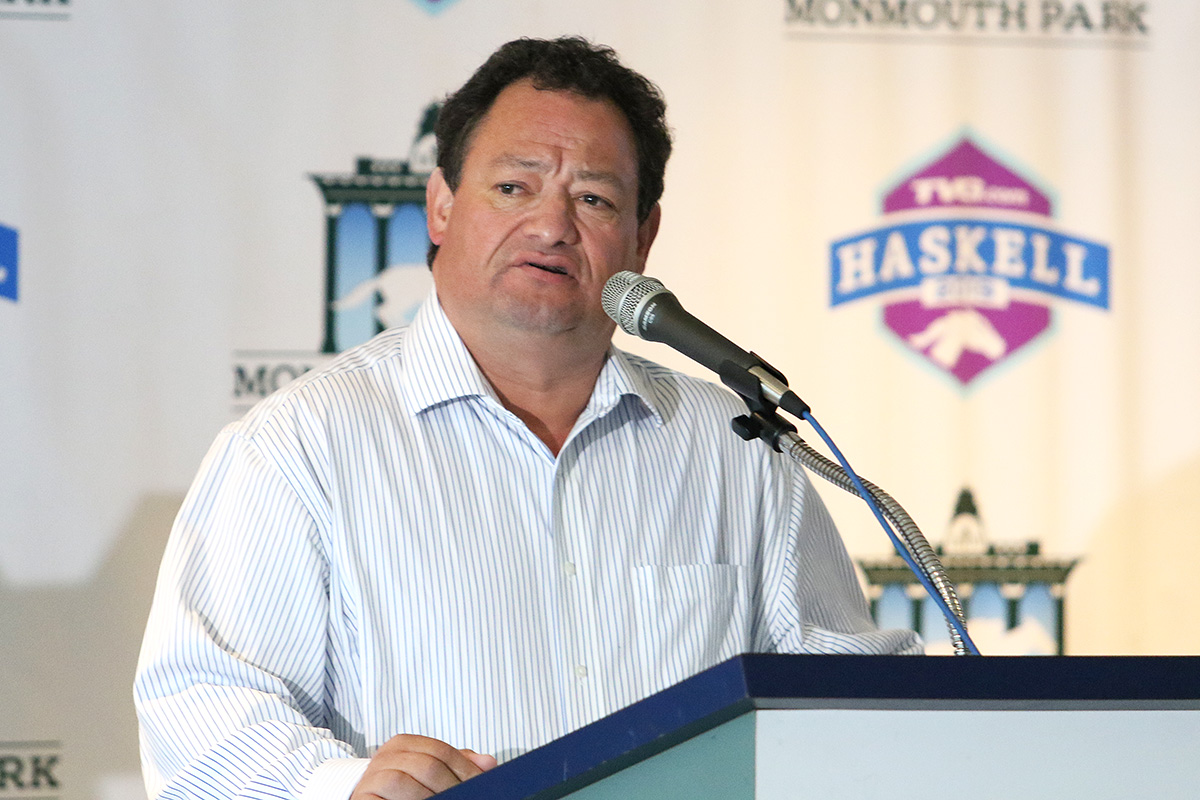 After trying Lucky Move in graded stakes company in her last two starts to no avail, trainer Juan Carlos Guerrero thought he’d found an easier spot to get his 6-year-old mare back to her winning ways in Wednesday’s $100,000 Lady’s Secret Stakes at Monmouth Park.

One problem: Three horses that finished ahead of Lucky Move in her last start in the Grade 3 Shuvee at Saratoga on Aug. 30 also entered the feature on the 10-race card.

“It’s a tougher race than we expected,” said the Parx-based Guerrero. “It’s almost like we’re in another graded stakes race.”

The Chad Brown-trained Royal Flag, second in the Shuvee in her last start, heads a field of seven fillies and mares 3 and up going a mile and a sixteenth on the dirt. Another Broad, seventh in the Shuvee, and eighth-place finisher Nonna Madeline, both trained by Todd Pletcher, are also entered.

A daughter of Lookin At Lucky, Lucky Move didn’t even win her first stakes race until three starts back, shocking the field in the Obeah Stakes at Delaware Park on June 17 with a 1¼-length victory at odds of 42-1.

That earned her a shot in the Grade 2 Delaware Handicap in her next start – her first try in graded stakes company – where she faded to sixth. The lackluster showing in the Shuvee followed.

“Everything went perfect when she won that stakes race at Delaware,” said Guerrero. “The next time she ran nothing went well. I couldn’t get her right for whatever reason. Then she lost some weight and was dull in the Shuvee.

“But she’s training great right now, so I wouldn’t be surprised if she jumps up and runs a big race.”

Owned by Ten Strike Racing, Lucky Move has earned $273,509 during her career, with five wins, seven seconds and three thirds from 29 career starts.

The 49-year-old Guerrero, who won the first graded stakes races of his 29-year career last year with Spun to Run (the Grade 1 Breeders’ Cup Dirt Mile and the Grade 3 Smarty Jones), says he sees a different Lucky Move than her past two starts.

She also sports a 3-1-1 from five career starts at a mile and a sixteenth.

Royal Flag looks particularly tough in the Lady’s Secret field, having never finished worse than third in six career starts. The 4-year-old daughter of Candy Ride was third in the Grade 3 Molly Pitcher on July 18 at Monmouth Park, a race won by Horologist.