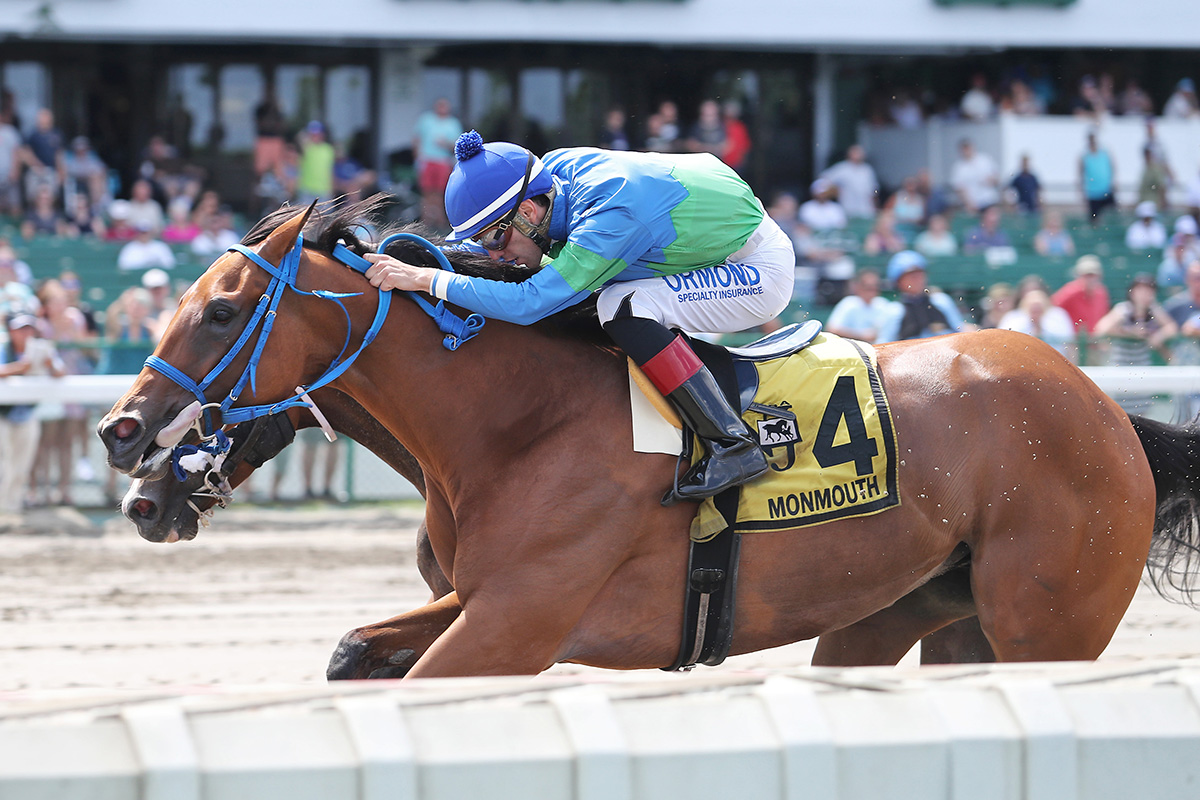 Groovy Surprise apparently enjoyed her first stakes victory so much in her last start that she wanted to experience the feeling again.

The 4-year-old filly broke alertly, set moderate early fractions and then held off a determined Bramble Bay in what was essentially a stretch-long duel to win Sunday’s $85,000 Jersey Girl Handicap at Monmouth Park.

Trained by Rory Huston and ridden by Mychel Sanchez, the daughter of Giant Surprise broke through for her first stakes win in her last start on June 27 by winning the Smart N Classy Handicap by three-quarters of a length.

This time the margin was just a head, but Groovy Surprise was determined not to give in to the lengthy challenge of Bramble Bay. It was another 11½ lengths back in third to Diamond Play.

Originally scheduled for the grass, the race was shifted to the main track, reducing the field from the original 12 Jersey-breds to six.

“She’s probably the best she has ever been right now,” said Huston. “The race set up for her. It was originally on the grass, it came off. I’m not sure if it was the rain dance I did. Then there were quite a few scratches and everything set up for her.”

Owned by Hope Haskell Jones, Groovy Surprise notched her fourth victory in 13 career starts. She has hit the board in 10 of those starts.

“Last race we weren’t trying to be on the lead,” Sanchez said. “I just wanted to be in a good position early. But she got to the lead and she was very good. This time I thought `we’ll go to the lead again but if someone goes crazy we can sit off.’

“She broke so well that we found ourselves on the lead. She was comfortable there. Then in the stretch she was game. She was not going to let (Bramble Bay) go by her. You could tell by the effort she was giving.”

Sanchez carried the field through fractions of :24.31, :47.71 and 1:12.42 for six furlongs, which is when Bramble Bay loomed alongside and the two then went head to head.