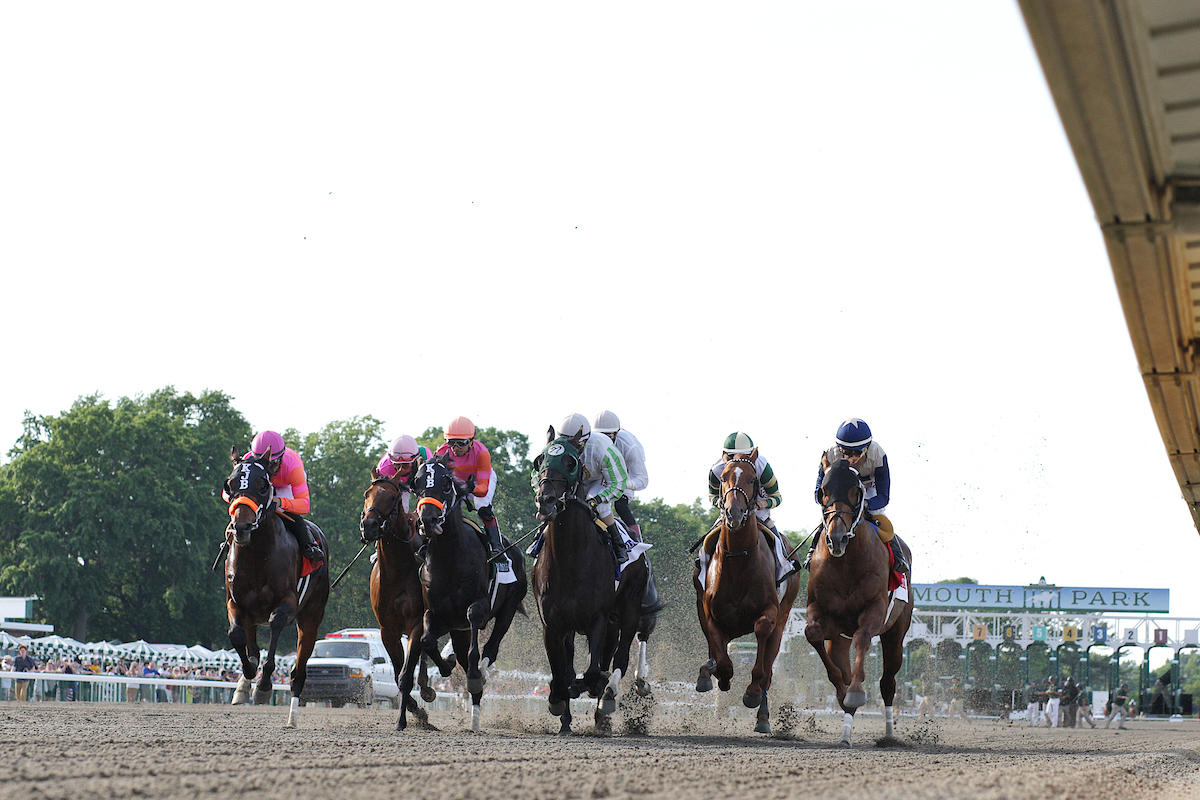 Roger Attfield thought he’d found a nice, cushy spot to fulfill a request by owner Charles Fipke to add a graded stakes win on the dirt to the already-impressive accomplishments of turf specialist Shirl’s Speight.

Little did he know he would be hooking up with two other Grade 1 winners in Saturday’s Grade 3 Salvator Mile at Monmouth Park, one of four stakes races on TVG.com Haskell Stakes Preview Day.

“It came up pretty tough for a Grade 3, didn’t it?” said the legendary Canadian conditioner. “It will be a tremendous dirt test for him.”

Shirl’s Speight, who won the Grade 1 Makers Mark Mile on the grass at Keeneland on April 15, then was fourth in Grade 1 Turf Classic at Churchill Downs on May 7, has five wins from 10 career starts. Four of those victories have come on the grass, the other over the synthetic.

In his only dirt race to date, the 5-year-old son of Speightstown-Perfect Shirl by Perfect Soul, was a well-beaten fifth. That was in an optional $62,000 claimer at Gulfstream on Jan. 10, 2021.

“The owner is very keen on him winning a stakes race on the dirt with his pedigree,” said Attfield, a member of both the Canadian and U.S. Racing Halls of Fame. “There wasn’t much in June and I thought the race at Monmouth Park would be a nice place to see if he can do that.

“The race just came up a bit tougher than I thought. But he’s a special horse.”

The seven-horse field for the Salvator Mile includes Mind Control and Hot Rod Charlie, both Grade 1 winners on the dirt. Hot Rod Charlie has shipped in from California for trainer Doug O’Neill to launch the start of a campaign that has the Breeders’ Cup Classic as the ultimate goal.

It was in last year’s TVG.com Haskell Stakes that Hot Rod Charlie was able to grind out a nose victory over Mandaloun, only to be placed last for interference with Midnight Bourbon, causing that one to clip heels.

Hot Rod Charlie is coming off a second place finish in the Dubai World Cup on March 26.

“I’m very keen to see how Shirl’s Speight does against these horses on the dirt,” said Attfield. “I know how well goes over the dirt when he works. I’m not sure how the track at Monmouth Park will play. I haven’t been there for years. But it looks like the weather will cooperate so there are not going to be any excuses. We’re going to get a true picture of how he stacks up on the dirt for future reference.”

Attfield arrived in New Jersey from his Toronto base on Friday. He is bringing in Emma Jayne Wilson, one of the top riders at Woodbine, for the race.