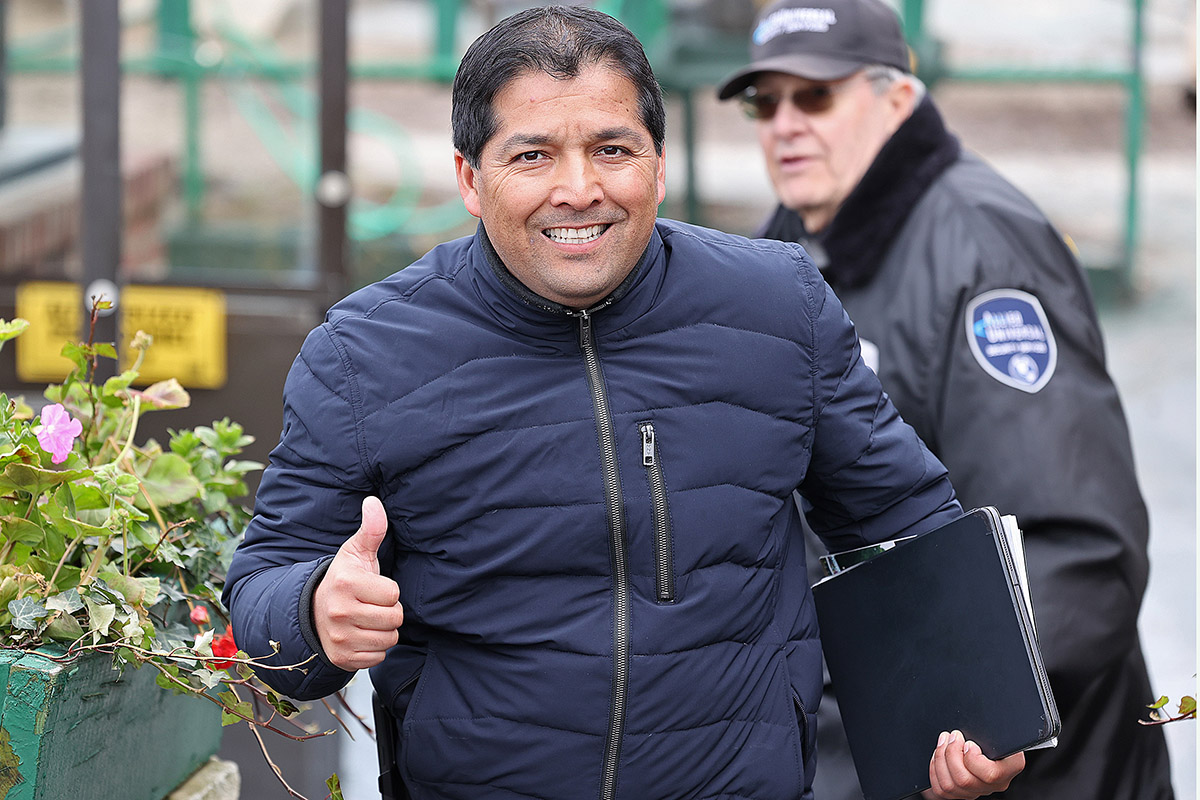 When racing resumes on Saturday at the Jersey Shore oval, Gonzalez will be represented in both stakes races on the 10-race card. Winning both is a daunting task, but the 45-year-old cancer survivor has never been one to shrink from a challenge.

Buff Hello faces the tougher assignment among the Gonzalez charges, making his 2022 debut in the $100,000 Long Branch Stakes for 3-year-olds at a mile and 70 yards. The compact field of six features the Ken McPeek-trained Dash Attack and Dean’s List, from Hall of Famer Todd Pletcher’s barn.

Buff Hello, a son of Buffum owned by Euro Stables, hasn’t raced since winning the Maryland Millions Nursey on Oct. 23 to end his 2-year-old campaign.

“We gave him time and he has really matured,” said Gonzalez. “He is training great. He looks good. That’s why we’re taking a shot here. He has a lot of potential.”

Buff Hello had two wins and a second from five starts a year ago.

The Long Branch Stakes will go as the fifth race on the program.

I’m Lindsey will be Gonzalez’s hope in the $85,000 Spruce Fir, a six-furlong dash restricted to Jersey-breds. The 8-year-old daughter of Freud, owned by Magic Stables, is coming off a victory in a starter allowance in her last start — and second of the year.

She failed to break through in a pair of Jersey-bred stakes races at Monmouth Park last year, finishing fifth in the Pinot Grigio Stakes and seventh in the Smart N Classy Stakes.

“She is a tough older mare,” said Gonzalez, who won his 1,000th career race last October and was third in the Monmouth Park trainer standings a year ago with 23 wins. “If you saw her last race you can see she is still on the top of her game. She’s a Jersey-bred so she fits with these.”

The Spruce Fir drew a field of 10 fillies and mares three and up.

Gonzalez says he will eventually have 30 horses stabled at Monmouth Park but isn’t sure if he has a deep enough roster to compete for the training title. He is no stranger to those, having won 18 training titles in Maryland (16 at Laurel, two at Pimlico). He will also keep a division in Maryland.

Monmouth will resume with a Saturday and Sunday schedule for the next two weeks after last Saturday’s scheduled opener was cancelled due to inclement weather and flooding.