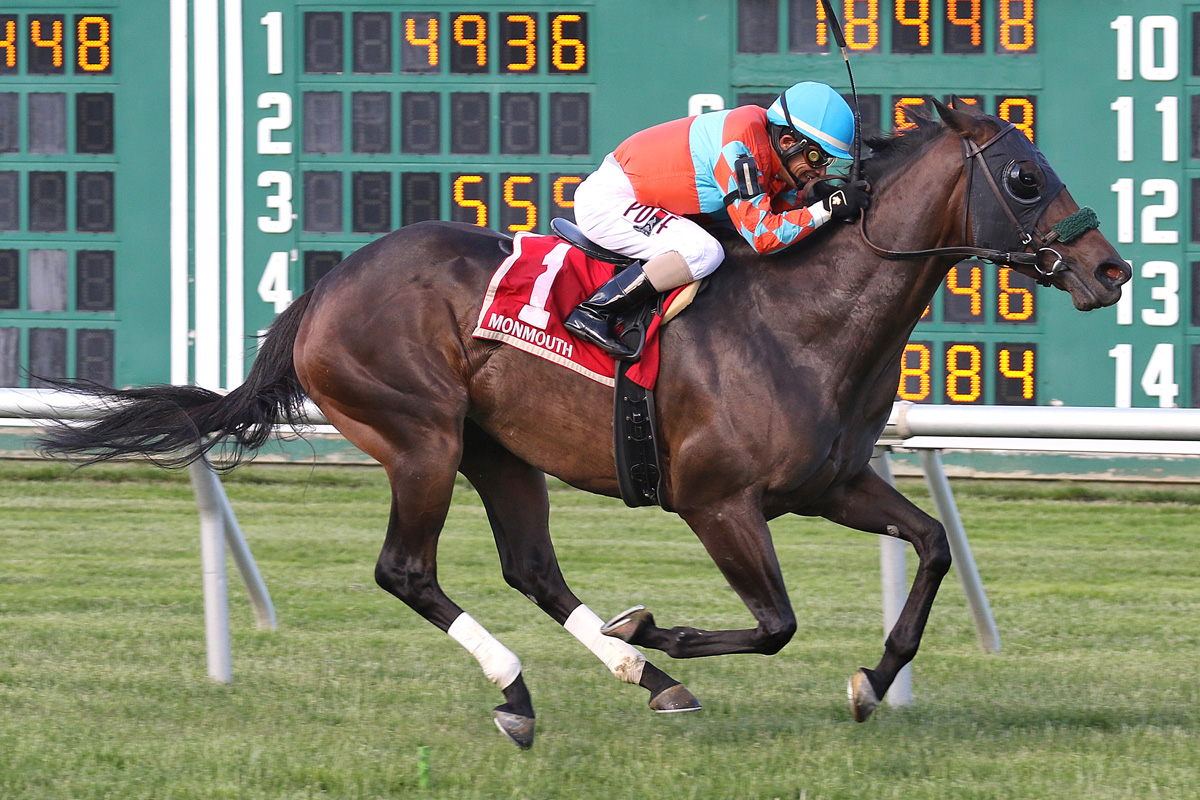 Goldwood withstood an early duel with Miss Deplorable and had more than enough left in reserve to score a 1¾-length victory in the $75,000 Politely Stakes on Saturday at Monmouth Park, giving leading rider Jose Ferrer his third winner on the card.

Trained by Jorge Duarte Jr. and owned by Colts Neck Stables, LLC, Goldwood posted her fifth victory in 14 career starts, covering the 5½ furlongs over a turf course labelled “firm” in 1:03.27.

Mrs. Ramona G. rallied for second, 1¼ lengths ahead of Mominou. Miss Deplorable faded to fourth after testing the eventual winner on the front end in the early portion of the race.

“She’s a good mare with a lot a class and she is really good at this distance. Five and half furlongs is perfect for her. I wanted to be on the front and let them come get me. I didn’t think they would be able to and we saw they couldn’t. She is too good.”

Goldwood went off as the favorite in the field of eight fillies and mares, paying $5.60 to win in the 26th edition of the Politely Stakes.

It was the fourth winner from seven starts at the meet for Duarte, Jr., who took over from Alan Goldberg as the trainer for Colts Neck Stables last winter. Goldberg now serves as the stable’s racing manager.

Goldwood, a 5-year-old daughter of Medaglia d’Oro-Crimson Maple by Rahy, is one of 55 horses Duarte oversees for Colts Neck Stable. She now has a 5-2-2 line from 11 career starts at 5½ furlongs on the grass.

“She ran well,” said Duarte. “There was not much speed in the race and at Monmouth I always think you have to be close up in these grass sprints. Plus, we had Jose Ferrer and he fits the track.

“Everything made sense for her to be close up early, especially since we had the rail. She’s a big filly. She takes a little time to get in stride. It seems around the turn she found her stride and she kicked away nicely. I’m very pleased with the way she ran.”