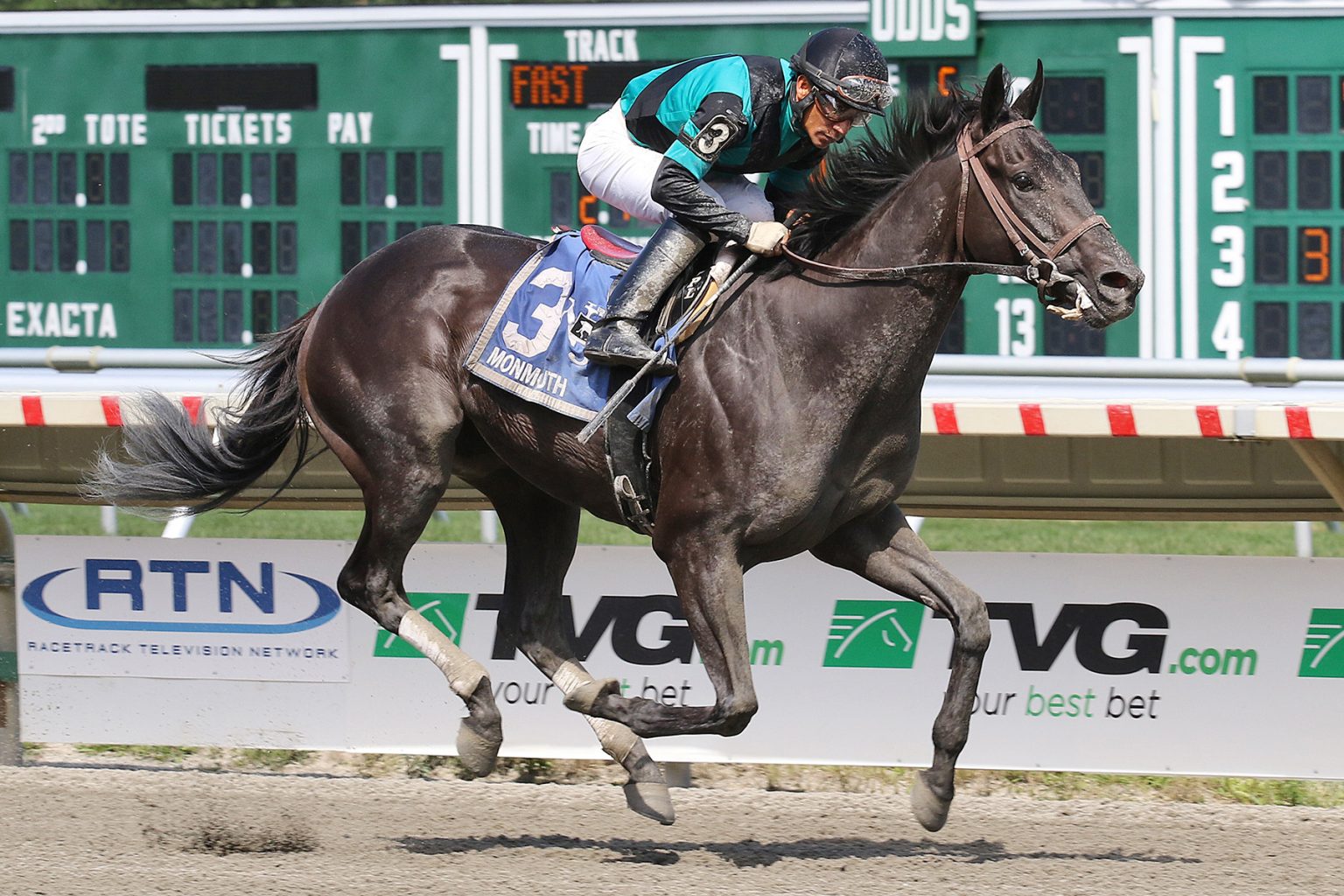 The victory by the 4-year-old gelding eased some of the sting for trainer Pat McBurney, who saw 3-10 favorite Liz’s Cable Girl finish a disappointing second to Blank Paige in the $75,000 Eleven North Handicap.

Pnutbutter Special, trying stakes company for the first time, captured the third stakes race on the 12-race card with a sharp 5¾-length length score in the $75,000 New Jersey Breeders’ Handicap.

Golden Brown, now 7-for-16 lifetime, had previously won the Irish War Cry Stakes and Dan Horn Handicap at Monmouth this summer, joining Goldwood as the only three-time stakes winner at the meet.

Ridden by Paco Lopez, Golden Brown benefitted from a rail-saving trip, tipping outside coming out of the final turn and cruising home despite being throttled down late. Love Is Your Name was second, 5½ lengths of favored Sunny Ridge, the 2018 New Jersey Thoroughbred Horse of the Year.

“The trip couldn’t have been better and he showed up and ran his race,” McBurney said. “Paco worked out a ground-saving trip but when it was time to move down the back side I was a little worried because we were on the rail and behind horses. But (Optic Way) faded away and the hole opened up and Paco moved right with Sunny Ridge. He kind of wanted to keep an eye on him. It worked out good. We were strong down the stretch.

“He’s developed nicely as a 4-year-old. The fact that the Jersey-bred program is looking good again and he happens to be a Jersey-bred, it’s just a blessing that we’ve worked out a nice schedule for him and he’s won three stakes now at Monmouth this year.”

Owned by ABL Stable, Bossone, Donnelly and Schnoor Jr., Golden Brown has now banked $472,000 during his career, which includes a victory in the Grade 3 Kent Stakes on the grass.

But Blank Paige, just sent to trainer Scott Volk’s barn by owner Daniel Lopez, was gone by the time Liz’s Cable Girl made her stretch run late in the six-furlong race.

It was Blank Paige’s first time in stakes race.

“Daniel Lopez made a trainer switch and turned her over to me after her last start,” said Volk. “She was training up a storm so I’m not surprised. She was doing everything so well it was unbelievable. I’ve been around a long time and I could tell right away she was ready to try this. She was ready. This is what we thought she’d run.

“Sometimes there are diamonds in the rough out there. She might be one.”

Ridden by Joe Bravo, who also rode the 5-year-old mare to a victory in an optional $20,000 claimer in her last start, Blank Paige never had an anxious moment after sitting patiently in third for the opening half of the six-furlong race.

“Scott just got the horse, but after riding her last time I can tell you she has been stepping it up and getting better,” Bravo said. “That last race picked her confidence up and whatever work Scott did on her really helped because I had a lot more horse today than I did last time. If you see some of this horse’s races you see she made the lead and then put on the brakes and waited. So the potential has always been there.

“You never expect to beat a filly as good as Liz’s Cable Girl but Scott did his job and had her ready to run.”

Pnutbutter Special, let go at odds of 8-1, left the field in his wake in his stakes debut. Trained by Carlos Milian and ridden by Jann Hernandez, Pnutbutter Special covered the six furlongs in 1:10.17.

“This is a horse who has been giving me hints he is ready to try a stakes race so I decided to try it,” said Milian. “He showed me he deserved this chance. He’s sharp now. I’m not really surprised. I expected him to run well. He has been racing very good lately. He gave me everything he has today.”