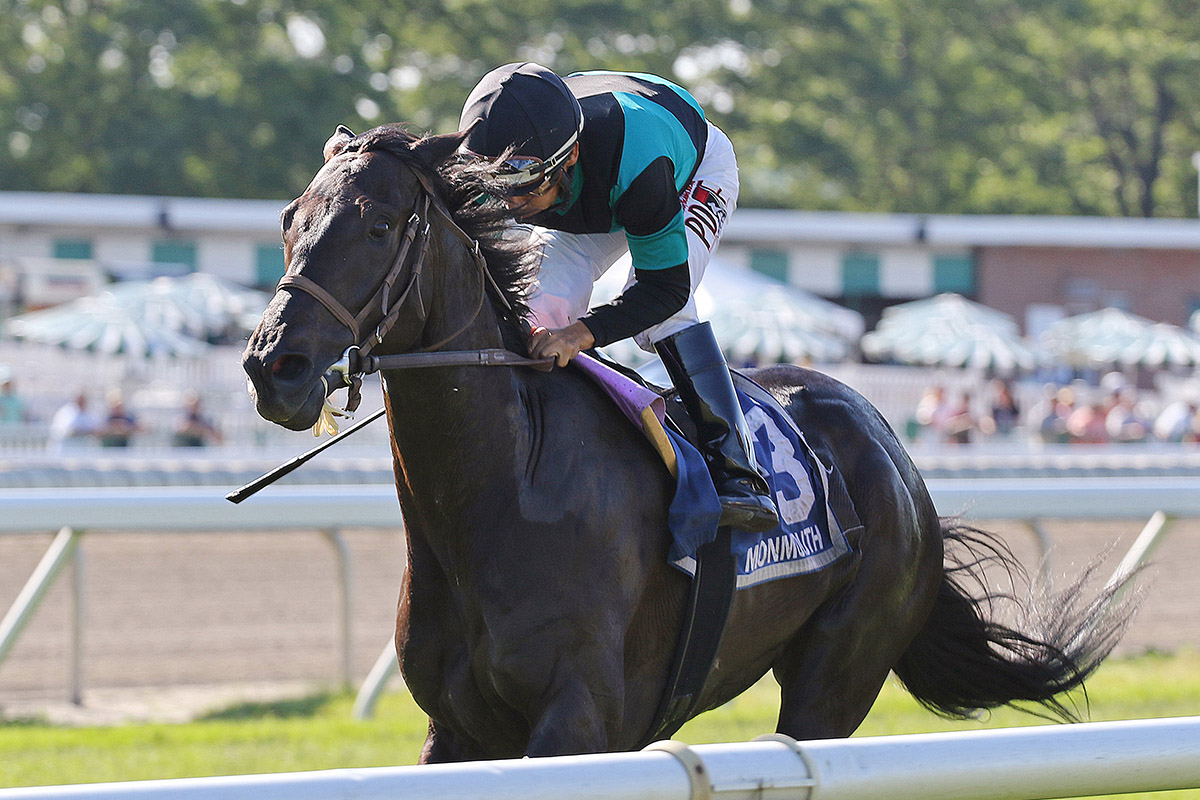 If trainer Pat McBurney had any reservations about wheeling back Golden Brown for a second straight stakes race in just 13 days, the 4-year-old gelding gave a swift kick to those doubts – almost literally.

“He broke his rings and his yoke (Wednesday) pulling on his rider, so he’s feeling pretty good about himself right now,” said McBurney.

Two-for-two this year and fresh off a sharp victory in the Dan Horn Handicap on June 23 at Monmouth Park, Golden Brown heads the field for the $75,000 Irish War Cry Handicap that highlights Saturday’s 11-race card at the Jersey Shore racetrack.

The one-mile Irish War Cry, like the Dan Horn, is for Jersey-breds on the grass, and with Golden Brown acting like he is eager to return to the starting gate McBurney couldn’t pass up the chance to come right back with the son of Offlee Wild-Suzee Sunrise by Chester House.

“Horses, if they’re doing well, it’s no problem coming back in two weeks, especially if it’s a good spot,” said McBurney. “Obviously, you don’t see too many Jersey-bred turf stakes and it’s early enough on the schedule that we could plan for it depending on how he came back this year.”

There’s little to fault so far about the campaign Golden Brown has turned in. The 2018 Haskell Invitational participant, who owns a Grade 3 victory on the grass, has come back particularly sharp, winning on the dirt at a mile and a sixteenth and on the turf at the same distance. Overall, he is 5-for-14 lifetime with three seconds.

“He’s definitely faster at 4,” said McBurney. “From 2 to 3 horses mature and get faster and then from 3 to 4 – those are probably the biggest years for horses in their development and they naturally get faster. He has come back as good as we could have hoped.”

Owned by ABL, Dominic Bossone, Peter Donnelly and Jacob Schnoor, Jr., Golden Brown has already banked $355,000 in his career. He is coming off a campaign that saw him earn New Jersey-bred 3-year-old champion and champion turf runner honors.