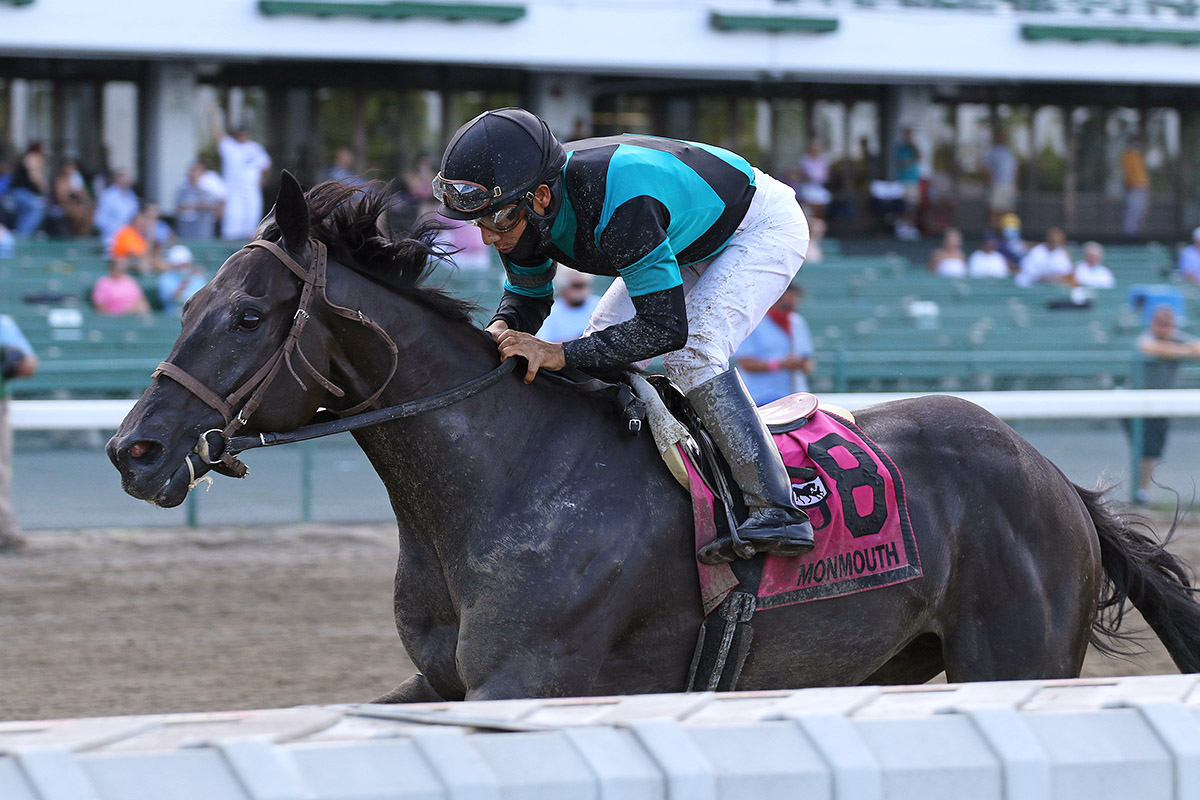 Golden Brown signaled his readiness for another successful campaign, wearing down Royal Urn in the stretch before going on to a 2¼-length victory in the second running of the Irish War Cry Handicap for Jersey-breds on Saturday at Monmouth Park.

With the race taken off the turf and switched to the main track, the 5-year-old gelding showed again that surface isn’t an issue as long as he is going two turns.

In his first start of 2020 on July 5, Golden Brown finished third in the six-furlong John J. Reilly Handicap. The mile distance of the Irish War Cry made all the difference for the son of Offlee Wild-Suzee Sunrise by Chester House, who won for the eighth time in 22 career starts. His career earnings now stand at $545,500.

“It’s very good to have him back,” said trainer Pat McBurney. “I don’t think sprinting against top quality sprinters (as he did in his 2020 debut) is his game. It’s rush, rush, rush and he ran into a pretty fast half-mile. He prefers distance, turf or dirt, and as long as he can stretch his legs he’s much happier.”

“He ran good his first time out last race,” said jockey Paco Lopez, who rode five winners on the card to pad his runaway lead in the rider standings. “That was a fast time (in the Reilly) – 1:09.4. I know this horse. I’ve known him for a while. I know he likes it a little longer.

“I told Pat right from the start of his career that this horse really didn’t want to sprint. He wants long. But they had to get him started this year and that six-furlong race came up for his first start.”

Royal Urn won the Reilly that day, besting Golden Brown by 4¼ lengths, but with the added distance Golden Brown easily turned the tables, even though Royal Urn and jockey Joe Bravo got the jump on Lopez coming out of the final turn.

Royal Urn, racing inside, emerged with the lead at the top of the stretch, with Golden Brown going four-wide coming out of the final turn.

“I had position outside, which is good for this horse. I had a clear run when I asked him to go,” said Lopez. “But (Royal Urn) made him work in the stretch. That’s a good horse that challenged him. But his class showed.”

“As for his season, depending on how he progresses, I’m hoping he will be able to handle open stakes company,” McBurney said. “But obviously we have good New Jersey-bred races here and a whole series of them so we’ll see how it plays out.”

Racing resumes on Sunday at Monmouth Park with the 77th edition of the Jersey Derby headlining a 12-race card. First race post time is 12:50 p.m.