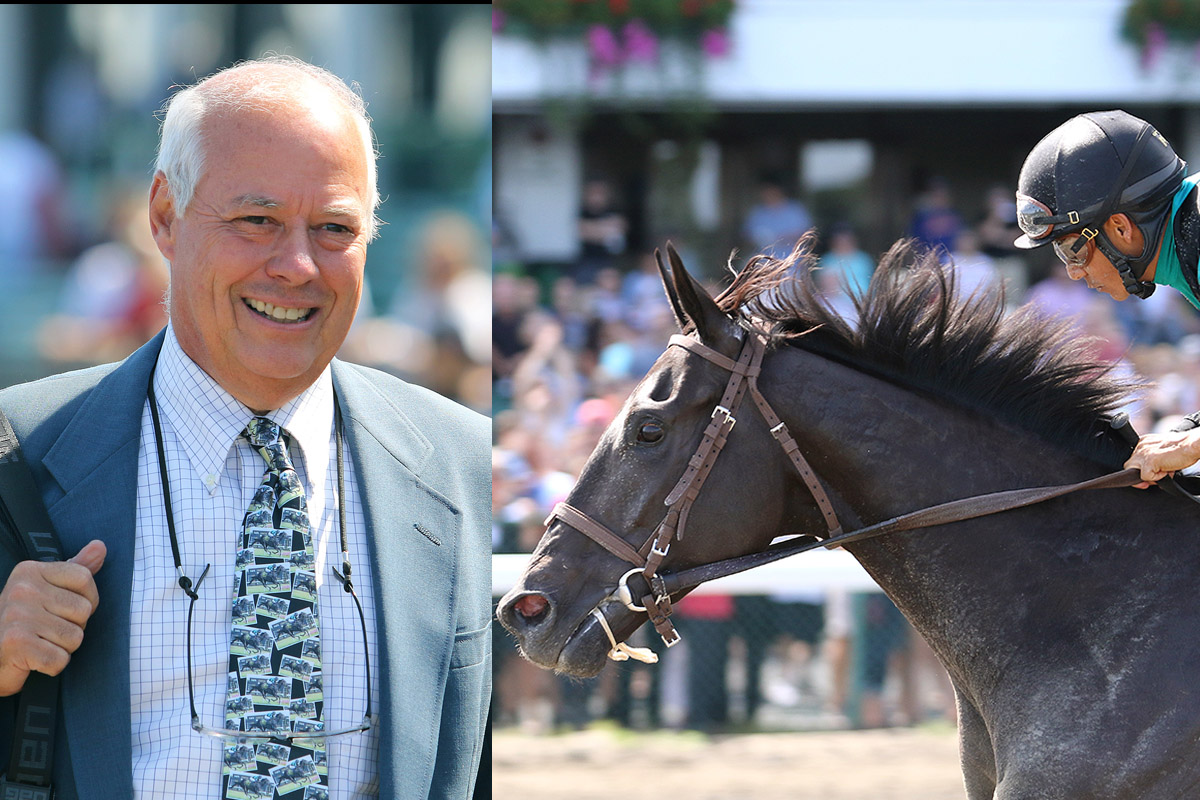 When Golden Brown was a 2-year-old going through the physical ailments that young race horses often experience, trainer Pat McBurney never noticed anything particularly special about the son of Offlee Wild.

Four years later Golden Brown continues to be a revelation to his connections.

“I would have never thought he would turn into this kind of horse,” McBurney said.

The 6-year-old gelding will look to add to his impressive career credentials in Sunday’s $75,000 John J. Reilly Handicap at Monmouth Park, seeking his fifth career stakes win at the track,

The Reilly, at six furlongs, has attracted a field of nine Jersey-breds 3 and up.

“Horses like Golden Brown are few and far between,” McBurney said. “He’s not a heavy horse by any means but he is fast. And his legs have always been good. So we’ve been lucky with that.”

Golden Brown will make his 29th career start on Sunday and 16th at Monmouth Park, where he shows five wins, five seconds and a third from his first 15 starts at his home track. He has won sprinting, going long, on fast tracks, sloppy tracks and on the turf – capturing the Grade 3 Kent Stakes at nine furlongs on the grass in 2018, the same year he was fifth in the Grade 1 TVG.com Haskell Stakes.

Owned by ABL Stables, Bossone, Donnelly and Schnoor, Golden Brown has returned with two in-the-money efforts in 2021. He was second at 15-1 in the Mr. Prospector Stakes at Monmouth on a sloppy track on May 29 in his return, then was third in an allowance optional claimer at Delaware on June 14.

“He seems like his old self,” said McBurney. “In his first start, a sprint against open company, he ran fantastic. I couldn’t have been happier with him. We were looking at the (Grade 3) Salvator Mile after that but it looked like it would be too tough so we went to a three-other-than allowance optional claimer at Delaware.

“(Jockey) Paco Lopez said the track was a little deep and drying out at Delaware that day and that he hated the track. So hopefully that’s a throw-out race.”

McBurney is looking at Sunday’s Reilly Handicap as a launching point for a series of Jersey-bred races over the summer for Golden Brown.

“The six furlongs is definitely not his best distance,” he said. “It seems like the really good sprinters always outrun him. So if he shows up and gets in the top three we’ll see that as a good race that will set us up for the longer Jersey-bred races going forward.”

The Reilly Handicap, the feature on Sunday’s 12-race card, has lured a familiar field of Jersey-breds that includes the Kelly Breen-trained Royal Urn, the ultra-consistent Prendimi and the Monmouth Park-loving Brother Chub.