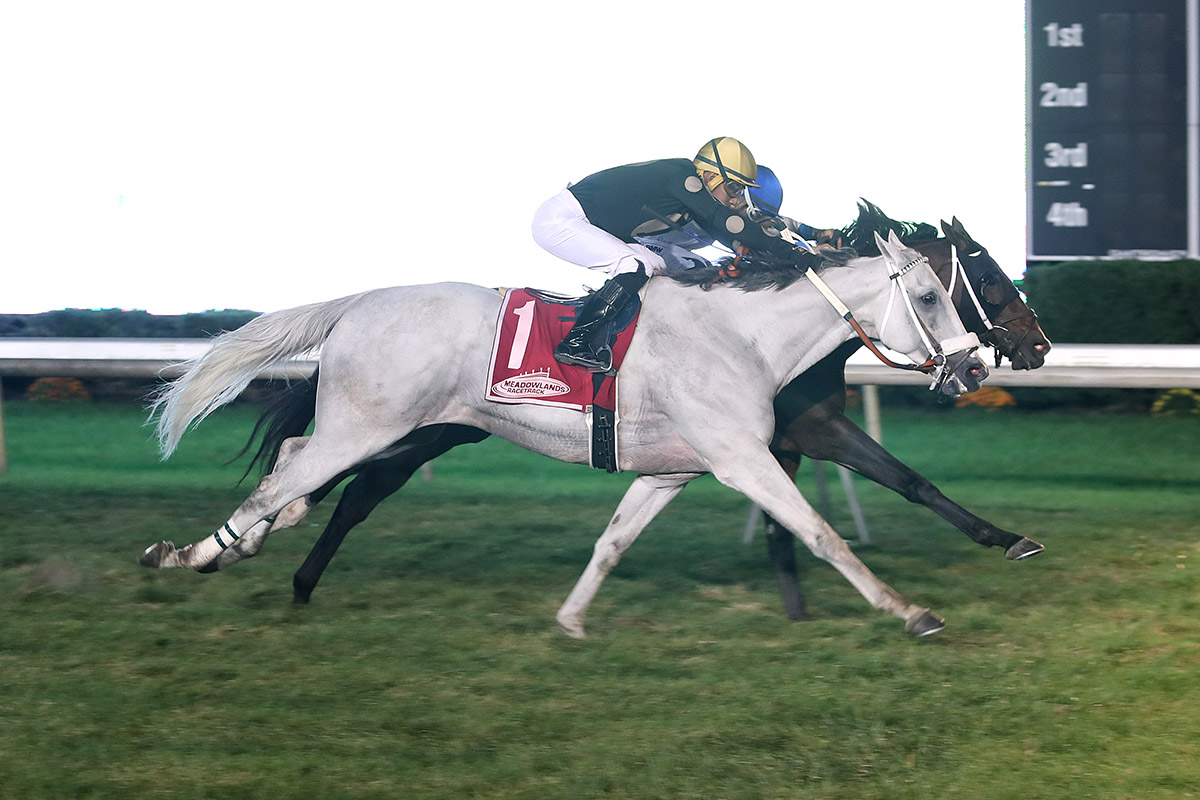 EAST RUTHERFORD, N.J. — Go Poke the Bear, who snapped a 15-race losing streak by winning on opening night of the Monmouth-at-Meadowlands meet exactly two weeks ago, scored his second straight win of the meet by surging to a nose victory in Friday’s featured $24,000 starter allowance.

Given a rail-skimming trip by jockey Nik Juarez for the opening six furlongs of the mile and a sixteenth race, Go Poke the Bear wheeled out mid-pack coming out of the final and took aim at frontrunners Uncle Curly and Kitten Street before splitting those two in deep stretch.

The 6-year-old gelding, trained by Jose D’Angelo, then out-finished Uncle Curly at the wire. Kitten Street, who set quick early fractions, held for third, another 1¾-lengths back.

Go Poke the Bear, a Kentucky-bred son of Kitten’s Joy, returned $18 to win for his fifth victory in 28 career starts.

Leading jockey Paco Lopez, coming off his eighth riding title at Monmouth Park, was taken by ambulance to Hackensack Medical Center for X-rays on his left shoulder after his mount in the third race, Voter Protection, broke down entering the first turn of the mile and a sixteenth race, according to the First Aid staff at the Meadowlands Racetrack.

Voter Protection was at the back of the pack and clear of other horses at the time of the misstep that sent Lopez headlong into the turf. First Aid personnel said Lopez was “alert and oriented” but was complaining of left shoulder pain.

Lopez later told track personnel that his shoulder “popped out” but was not broken.

He took off his final three mounts on the card.