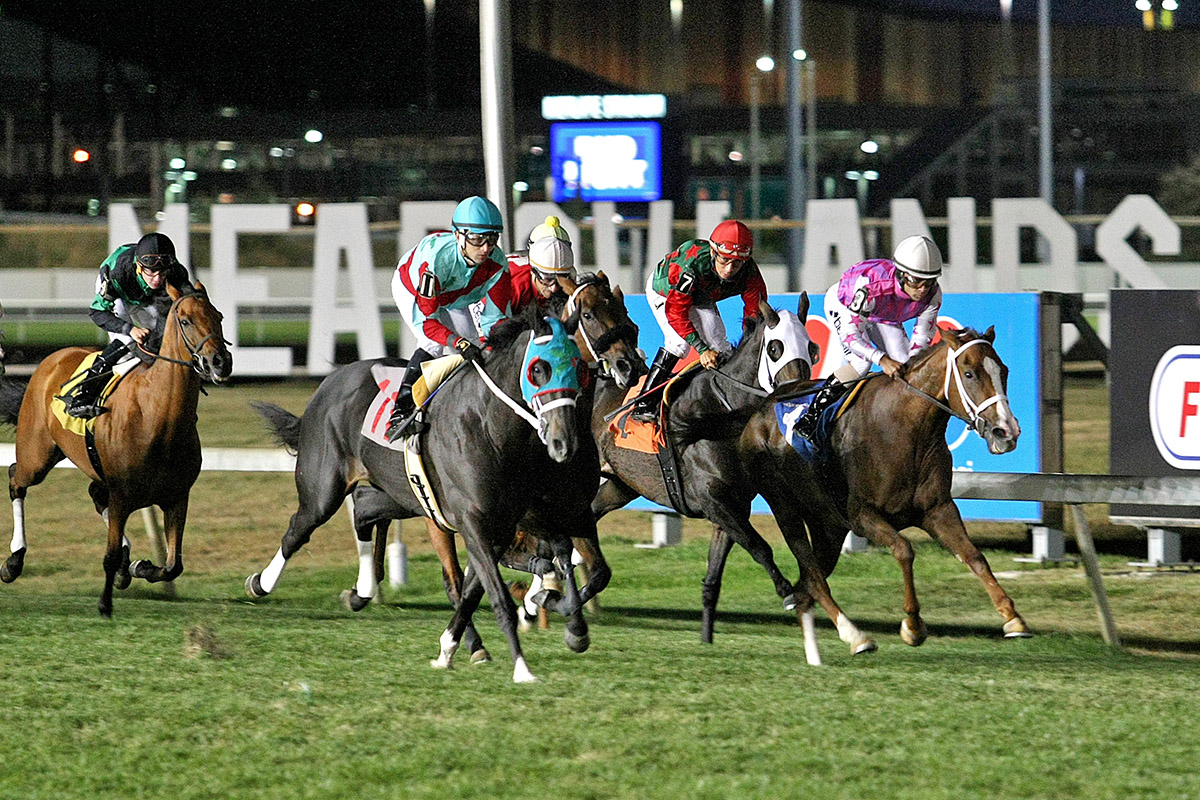 EAST RUTHERFORD, N.J. – Robust fields and a Jersey Pick 6 carryover of $18,043 will greet bettors on Friday for the start of the final weekend of the Monmouth-at-Meadowlands meet.

A total of 74 horses, including also-eligibles, have entered for Friday’s all-turf, six race card, an average of slightly more than 12 per race.

Closing night on Saturday has attracted 67 horses, counting also-eligibles, for the six-race program.

First race post time both times both nights is 7 p.m.

Friday’s card starts with the Jersey 6 carryover of $18,043. If there is not a single jackpot winner that night, there will be a mandatory payout on Saturday.

The weekend marks the end of Thoroughbred racing in New Jersey for the year.

A $45,000 allowance, which goes as the fifth race, headlines the Friday card, with 14 entered (counting two also-eligibles) for the one-mile feature for 3 year olds and up. Microphone, trained by Chad Brown, will likely draw plenty of support at the betting windows. Trevor McCarthy is listed to ride.

Fixed Odds, who led most of the way in this same company at the Meadowlands on Oct. 8 before weakening and finishing second, looms as the horse to catch. Andrew Simoff trains.

Weather permitting this weekend, the Monmouth-at-Meadowlands meet will wind up having featured seven all-turf cards, with two lost to weather (one a total cancellation, the other cancelled after one race due to unsafe track conditions).