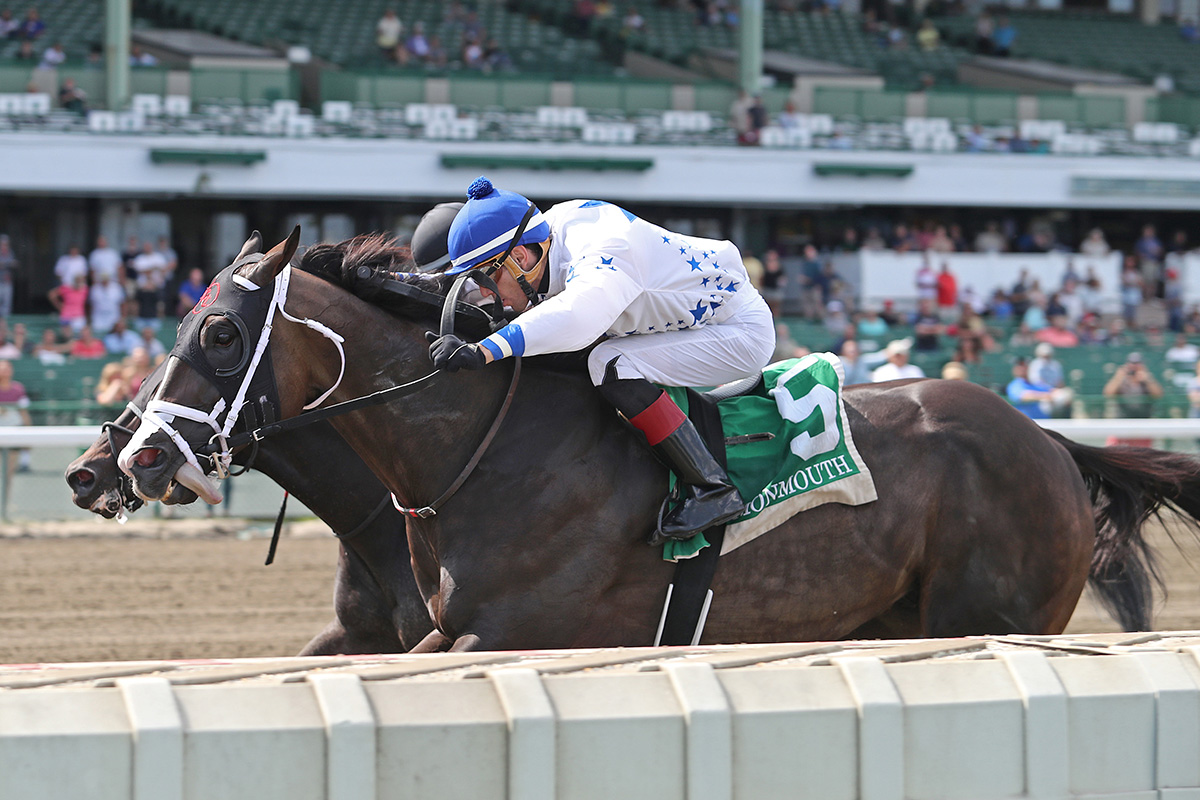 As impressive as it was that Francatelli was able to make the lead from the outset of Saturday’s speed-filled Rumson Stakes at Monmouth Park, it was even more notable the way he maintained it to the wire.

Hounded early in the five-furlong dash, then facing a threat from both the outside and the inside coming out of the final turn, Francatelli held on gamely for a neck victory over Quick Tempo to win the $100,000 feature race.

Sagamore Mischief, who pressed Francatelli throughout, was another 1¼ lengths back in third.

“He’s pretty quick away from the gate for such a big horse. He gets away from there almost like a quarter horse,” said winning trainer Cal Lynch, who owns the horse in partnership with Maribeth Sanford. “He has run in some very fast races against some very fast horses and he always gives us his best effort. He’s as good on the turf as he is on the dirt. Just a game horse. He fights every race for us.”

Ridden by Mychel Sanchez, Francatelli beat his five rivals to the lead and then resisted all of the challenges thrown at him, including a duel-pronged assault coming out of the final turn with Quick Tempo on the outside and Foolish Ghost shooting the rail.

“(Quick Tempo) looked like he was going to roll on by coming out of the turn and (Foolish Ghost was) coming up the rail and he just won a stakes race in New York,” said Lynch. “These were some nice horses in this race but I don’t expect anything less from this horse every time he runs. He is just one of those warrior types, just as game as they come. We’re very pleased with the way he ran.”

A 4-year-old gelded son of City Zip-Salary Drive by Mizzen Mast, Francatelli now has six wins, four seconds and a third from his 13 career starts. He just missed in his last start, the Grade 3 Parx Dash, and has excelled on both dirt and turf.

“He broke like a rocket,” said Sanchez. “As soon as he broke like that I just let him go because I know he likes to fight and it was five furlongs. He was really game. There were horses everywhere coming out of the turn. Like I said, he’s a fighter. He likes to run. He was ready to go.

“He runs on anything, grass or dirt. He’s one of those horses who is very good on either surface.”