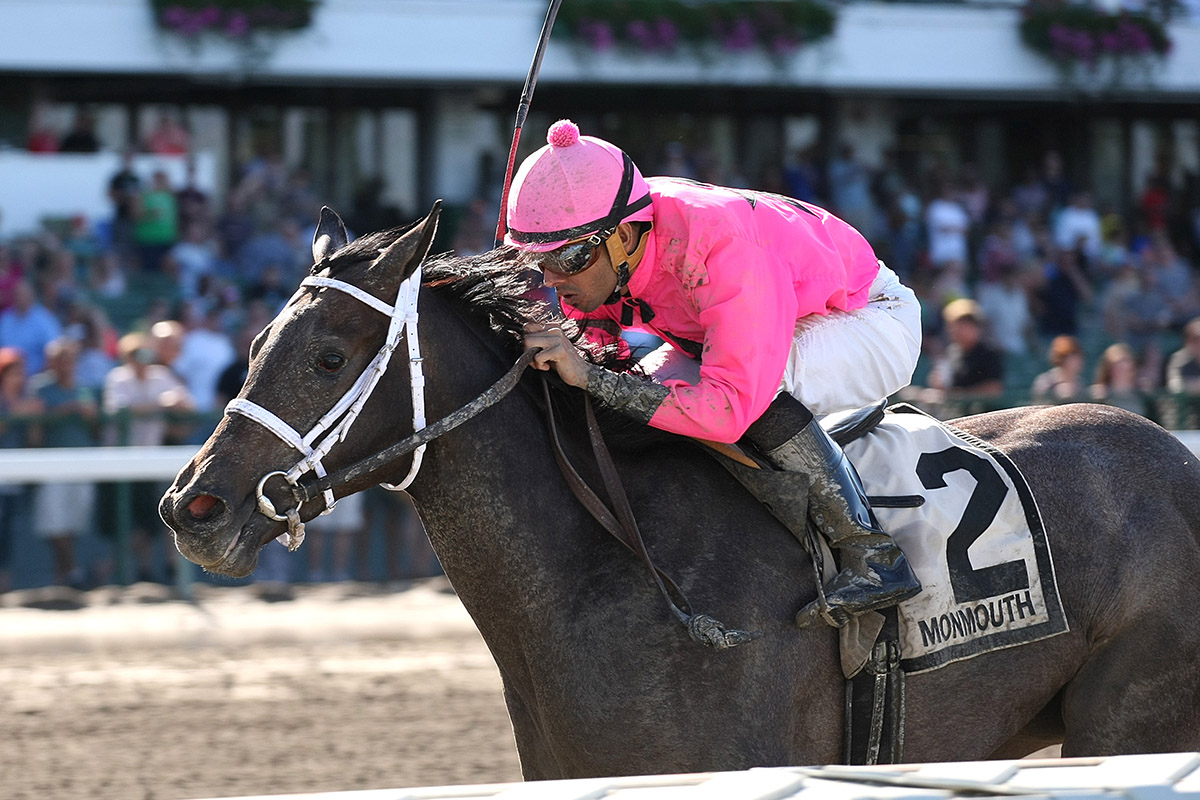 Monmouth Park’s final Saturday card of the 2019 meet will feature four stakes races that will also serve as the closing events in this year’s MATCH series, with the overall champion likely coming down to a fourth straight meeting between Bronx Beauty and Ms Locust Point in the $100,000 Regret Stakes.

Bronx Beauty, trained by Anthony Margotta, Jr., trails Ms Locust Point, 31-25, in the points standings for the overall MATCH championship title, but a victory on Saturday would move her to the top of the standings.

“It’s like a football team down the whole game but never really out of it and it’s fourth and goal with only a couple of seconds left and you have to get into the end zone,” said Margotta. “This is what we live for. It’s going to be great. And we have a chance to win the championship at our home track.”

The Regret Stakes, for fillies and mares 3-years-old and up, is at six furlongs and will go as the eighth race on the 10-race program. The Regret Stakes is the final of five races in the Filly and Mare Sprint Dirt Division of the MATCH Series.

Bronx Beauty, a 4-year-old daughter of Liaison-Forever Sunshine by Rockport Harbor, will be making her return to Monmouth Park for the first time since winning the Colleen Stakes on Aug. 5, 2017.

She is 7-for-13 lifetime and has finished ahead of the John Servis-trained Ms Locust Point in each of their past three meetings, with two victories and a third-place finish (Ms Locust Point was fifth that day) over that span.

“She’s coming into the race super,” said Margotta. “She was compromised in her last race at Parx. She had the one post on a dead rail. But she came out of that race terrific and she has been training well. We’re cautiously optimistic.”

“The great thing about her is she takes her track with her,” said Margotta.

Bronx Beauty, a Pennsylvania-bred, has raced at eight different tracks during her 13 career starts. Paco Lopez, who has the mount Saturday, will be the 11th different jockey to ride her.