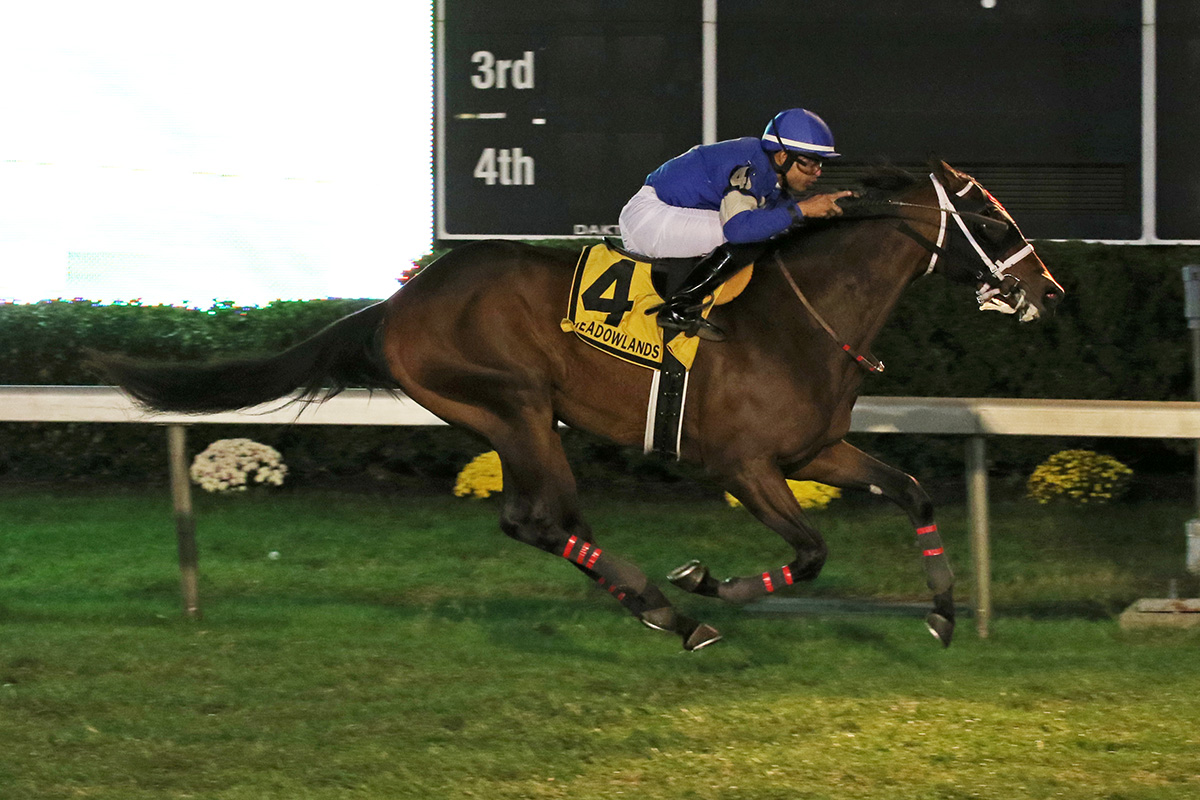 EAST RUTHERFORD, N.J. – First-time starter Hay Room roared from sixth place coming out of the final turn, found room along the rail and powered to a 1¼-length victory in the $50,000 Maiden Special Weight feature on closing night of the Monmouth-at-Meadowlands meet on Saturday.

Trained by Cal Lynch and ridden by Angel Arroyo, Hay Room showed an impressive kick wheeling off the final turn, first running down the pace-setting Fixed Odds and then holding off Jersey Gregg in the five-furlong turf dash for Jersey-breds.

A 2-year-old gelded son of Redeemed-Winter Place by Maria’s Mon, Hay Room was bred and is owned by Justin Lloyd.

Fixed Odds had taken the nine-horse field through an opening quarter in :22.68 and reached the half in :47.24, but was under siege from closers once the field reached the final turn.

For the full seven days of all-turf meet, Hector Diaz, Jr. was the leading rider with eight winners. Seven trainers were tied atop the standings with two winners apiece.