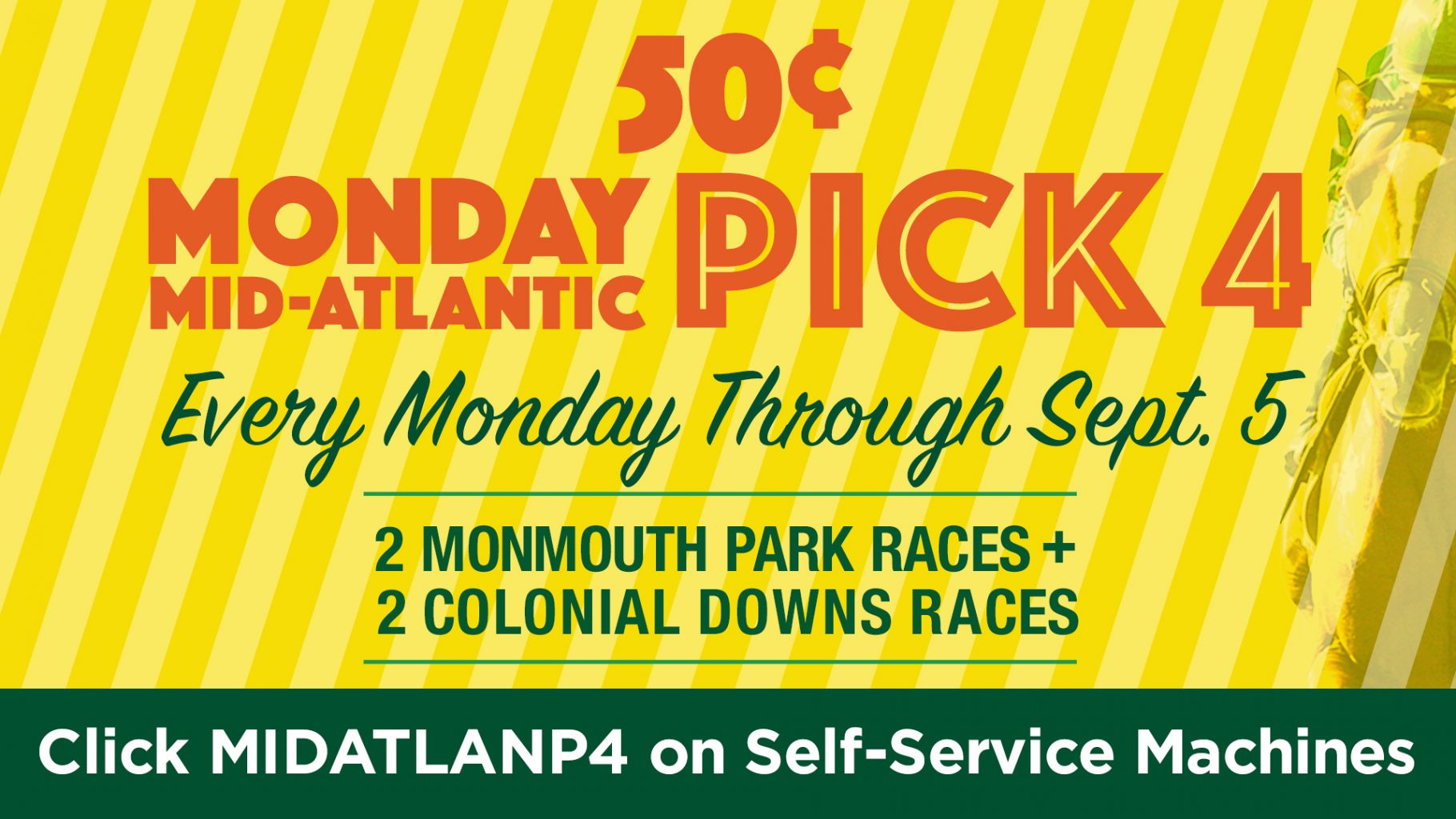 The final Mid-Atlantic Pick 4, a .50-cent base bet with a low 15 percent takeout, will be available on Monday, Sept., 5, with the sequence consisting of the ninth and 10th races from Monmouth Park and the seventh and eight races from Colonial Downs.

Three of the four races in the sequence are scheduled for the turf.

The $100,000 Red Bank Stakes, which goes as Monmouth Park’s ninth race, will kick off the Monday Mid-Atlantic Pick 4. The one-mile grass race for 3 year olds and up has drawn a field of nine. Scheduled post time is 4:14 p.m.

Colonial’s seventh race follows with a scheduled post time of 4:33 p.m. The $25000 claimer, which has a field of nine entered, is scheduled for a mile and a sixteenth on the grass.

The third race in sequence is Monmouth Park’s 10th race, a claiming race at six furlongs with a scheduled post time of 4:44 p.m. A field of seven is entered.

The final leg of the Pick 4 is Colonial’s eighth race, a maiden $25,000 claimer scheduled for a mile on the turf. The race has attracted a field of 11. Post time for the race is listed at 5:01 p.m.

A special Monday Mid-Atlantic Pick 4 handicapping segment on the “In the Money Podcast” featuring Peter Fornatale, Nick Tammaro and Colonial’s Jessica Paquette will preview the races in the Pick 4 sequence. The segment will be released Monday morning and can be viewed on the In The Money Media You Tube channel or at www.inthemoneypodcast.com.