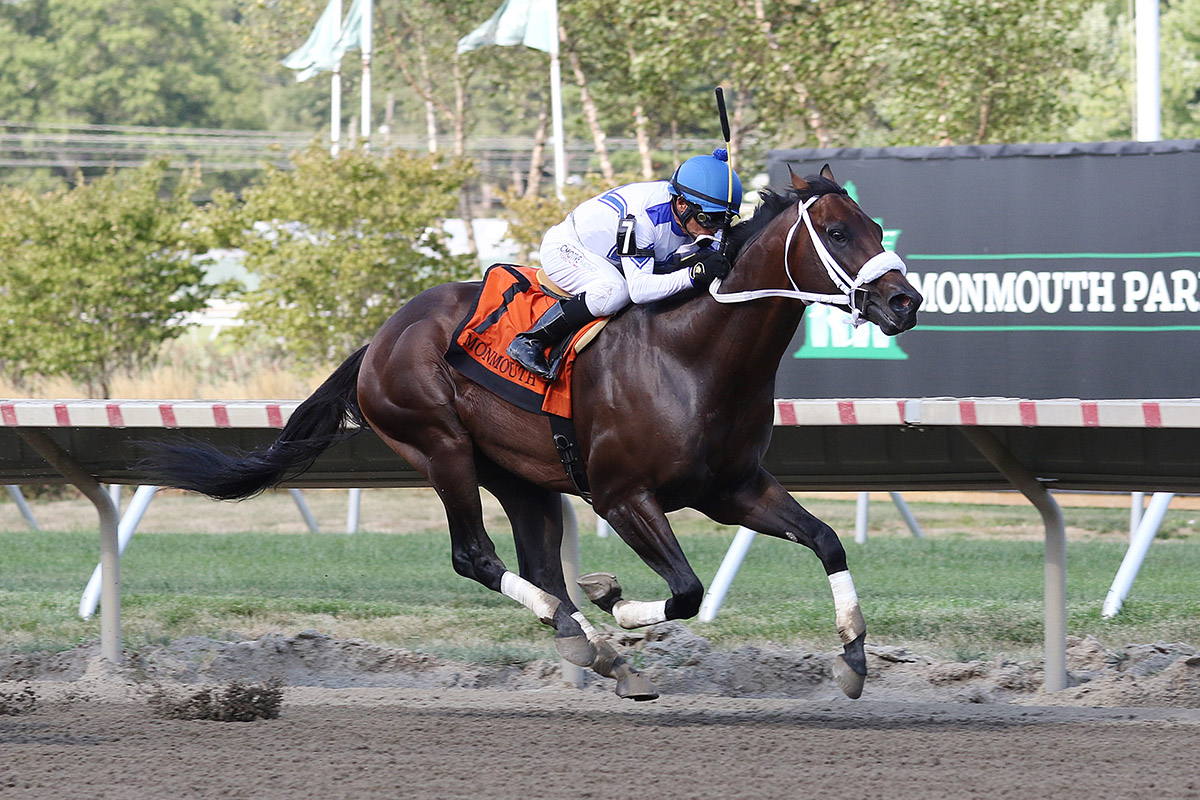 Five weeks after being claimed for $25,000, Feast became a stakes winner in his first try against loftier company.

The speedy 5-year-old ridgling out-broke the field in Sunday’s $100,000 Rumson Stakes, was passed by 7-10 favorite Hollis at the one-eighth pole, and then dug in along the rail, surging back for a half-length victory in the feature race on the Monmouth Park card.

Hollis, who looked well on his way to victory after swinging off the turn with full momentum, opening a half-length lead at the eighth poll, curiously ran out of gas in the five-furlong dirt dash.

Baytown Bear was another 2¾ lengths back in third.

“The reason we claimed him (on July 31) was because of his form and the fact that he’s a Florida-bred,” said winning trainer Gerald Bennett. “There are a lot of spots for him (at Tampa Downs). He’s eligible for starters, the claiming crown, so we have options with him.

“There were a lot of claims in for him that day. We were lucky to get him. I saw he runs good fresh so I freshened him up, and he’s a horse that always tries. That’s all you need with horses if they’re tryers. You just have to keep them right and they give you a good effort.”

Though a consistent sprinter throughout his career, Feast had not tried stakes company until Sunday – doing so exactly five weeks after being claimed. The victory was his third straight and fourth in his last five starts.

“I had no doubt I would make the lead, especially when he broke so sharply out of the gate,” said jockey Jose Ferrer. “(Hollis) is a fast horse but my horse is pretty fast, too. The last eighth of a mile (Hollis) went by me, then all of a sudden it seemed like he put the brakes on and started looking around. I just kept riding because you never know what is going to happen. I think when my horse saw (Hollis) outside of him he dug in again.”

Breaking from the outside post in the six-horse field of 3 year olds and up, Feast asserted himself immediately, setting fractions of :22.27 and :45.35 with Hollis tracking him the entire time.

Ferrer had the rail coming out of the turn with Hollis angling outside. Hollis seemed to the race won when he surged to the lead at the one-eighth pole, but Feast responded determinedly.

“When (Hollis) came to him he dug in again because it looked like he was beat at the eighth pole,” said Bennett.

Now owned by Winning Stables, Feast recorded his sixth victory in 16 career starts. He has four wins and a third in five starts at Monmouth Park.

“The last eighth of a mile (Hollis) went by me, then all of a sudden it seemed like he put the brakes on and started looking around,” said Ferrer. “I just kept riding because you never know what is going to happen. I think when my horse saw (Hollis) outside of him he dug in again. He’s a nice horse. And we know he likes Monmouth Park. So this was a good set-up for him, especially being able to break from the outside.”