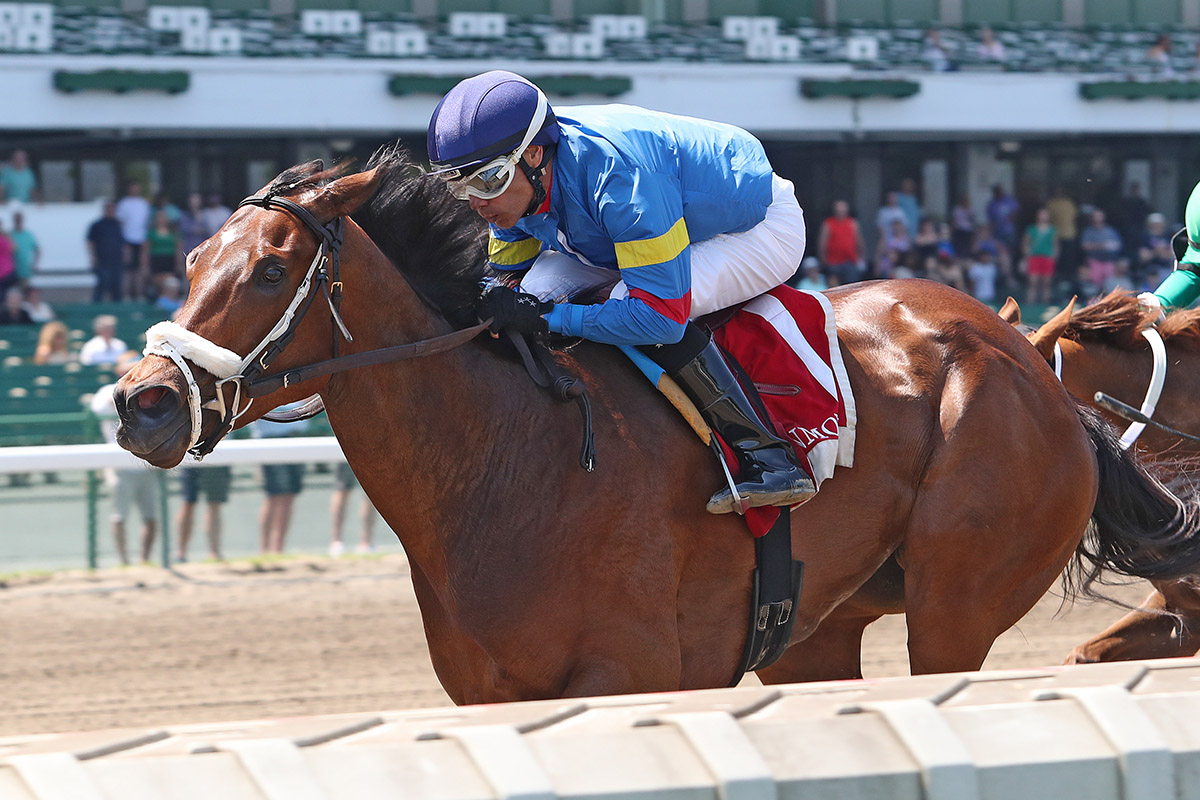 There was nothing complicated about the intentions for Robin Sparkles heading into in Saturday’s $100,000 Politely Stakes at Monmouth Park.

Sent to the lead from the outset in a reduced field of five when the five-furlong dash for fillies and mares 3 and up was taken off the grass, Robin Sparkles broke alertly, set every fraction and never really had an anxious moment, despite a seven-month layoff and just one prior lifetime victory on the dirt.

Trained by Bruce Brown and ridden by Dan Centeno, Robin Sparkles held for a one-length victory over the late-running Bold Connection.

“We got the one hole at five-eighths. (Brown) told me to `just break and go,’ ” said Centeno. “I made an easy lead. She got a little tired at the end. But the strategy that he told me was to just break and go. Don’t wait for anybody. That’s what we did.”

Idle since Oct. 17, Robin Sparkles has been ultra-consistent on the grass with a 6-1-2 line from 10 career turf tries. Just one of her seven career wins prior to the Politely had come over the main track. Ironically, that was her only other stakes win.

“We’ve always known she is better on the grass but she has done okay on the dirt,” said Brown. “It was kind of a situation where we’re trying to get this first race in her for the year to get her going, so when the race came off the grass we knew she could handle the dirt. I was happy that the track was more of a dried-out surface. I might have been a little more skeptical about it if it was a sloppy or muddy racetrack.”

“She’s still probably a little short. That’s why we pointed for this five-eighths race. This is almost the equivalent of a couple of works and she should be ready to continue on from here.”

The winning time for the five furlongs over a fast track was :57.78, with Robin Sparkles, a 5-year-old daughter of Elusive Quality, setting early fractions of :21.86 and :44.96.

Bold Connection finished a neck ahead of Gogo Shoes.