Even-Money Favorite Tracksmith Rallies To Win $75,000 Frisk Me Now Stakes By A Half-Length 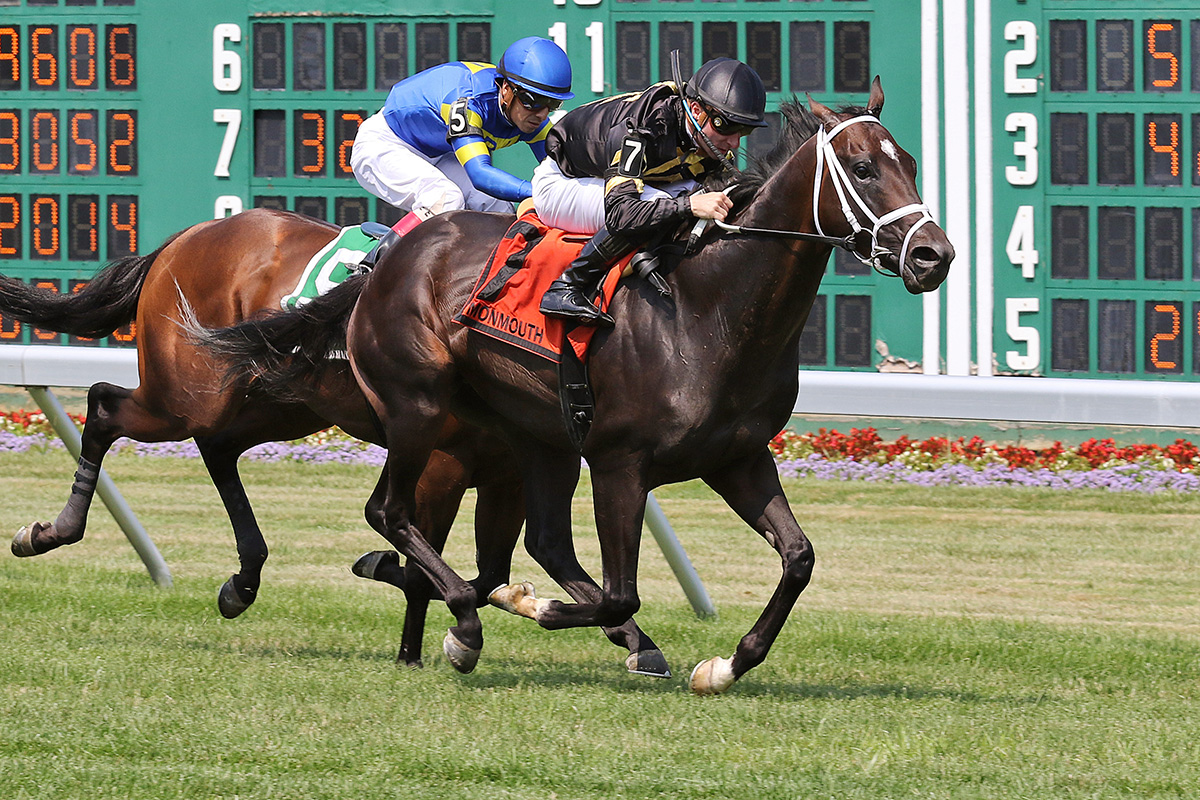 Jockey Adam Beschizza knew he had the best horse in Saturday’s Frisk Me Now Stakes at Monmouth Park – and rode him accordingly.

Content to have Tracksmith trailing the field through the first six furlongs of the one-mile grass stakes race, Beschizza roused his horse when it mattered with a strong finish through the stretch to score a half-length victory over speedster War Treaty.

The Calumet Farm-owned 3-year-old, now 2-for-2 in his sophomore campaign, notched his first career stakes victory, with trainer Joe Sharp saying he was leaning toward the Grade 3 Virginia Derby on Aug. 31 at Colonial Downs for the colt’s next start.

“He’s a good closer,” said Beschizza, who was making his Monmouth Park debut. “I thought this was a spot he was going to win so I rode him knowing I had the best horse. He’s a big engine and a classy individual.

“That was a nice prep race for him. We didn’t have to be too hard on him, so that should help him. There was a lot of speed. I knew that. It was just a matter of angling around them at the right time.”

Tracksmith, who returned to the races with a victory on the grass at Churchill Downs on June 27 following a seven-month layoff, covered the eight furlongs in 1:35.20 over a course listed as firm. He returned $4.00 to win as the heavy favorite.

“It looked like there was going to be a good pace scenario for him. Adam had a lot of confidence in the horse, as do I,” said Sharp, who won the Haskell Invitational in 2017 with Girvin for his first Grade 1 victory as a conditioner. “It’s fun watching him develop. We gave him the time off (after his 2-year-old campaign), but you never know if they’re going to come back better or a little less. He really has come back twice the horse. This was a good spot for him too.”

Credit Swap finished third, 1½ lengths behind War Treaty, who set all of the early fractions.