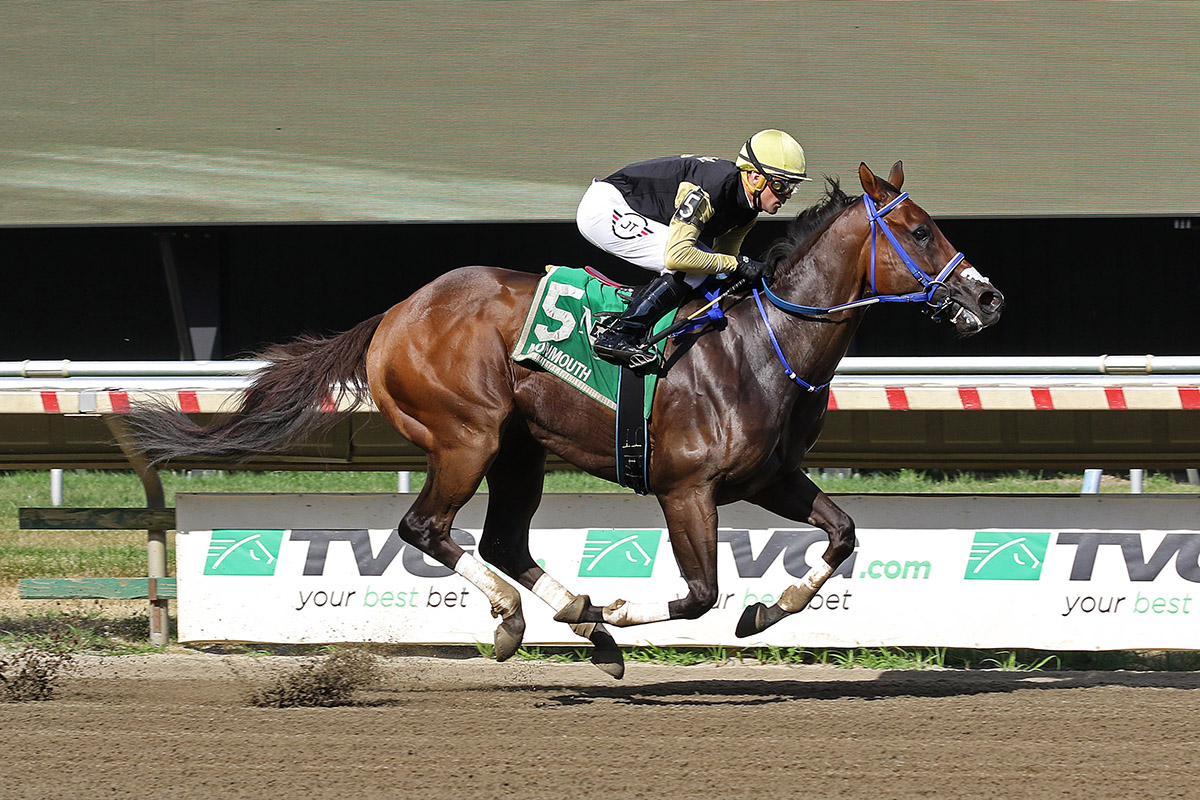 Dr. Doyle returned immediate dividends for his new connections, brushing off a pesky half-mile-long challenge from Counterfeitcurency before drawing off to a three-length victory in Monday’s featured $78,125 allowance optional claimer at Monmouth Park.

“I thought he made the lead really easily and he was relaxed even when that other horse (Counterfeitcurency) was trying to put pressure on him,” said Torres.

A 5-year-old gelded son of Commissioner, Dr. Doyle paid $5.40 to win in the field of seven Jersey-breds. He ripped through an opening quarter in :22.27 and the half in :44.64 with Counterfeitcurency at his flanks.

Pianza, who got off to an awkward start, stormed from far back to get second, three-quarters of a length ahead of Countefeitcurency.

Dr. Doyle’s fifth career victory – all coming at Monmouth Park – was the third leg in the Monday Mid-Atlantic Pick 4, a .50-cent base wager with a 15 percent payout that features two races from Monmouth Park and two from Colonial Downs. The wager will continue for the next four Mondays through Sept. 5.

Monday’s Mid-Atlantic Pick 4, despite two favorites winning the Monmouth Park races, returned $4,163.55 for .50 cents thanks mostly to True Atka’s stunning upset at 57-1 in the seventh race at Colonial.