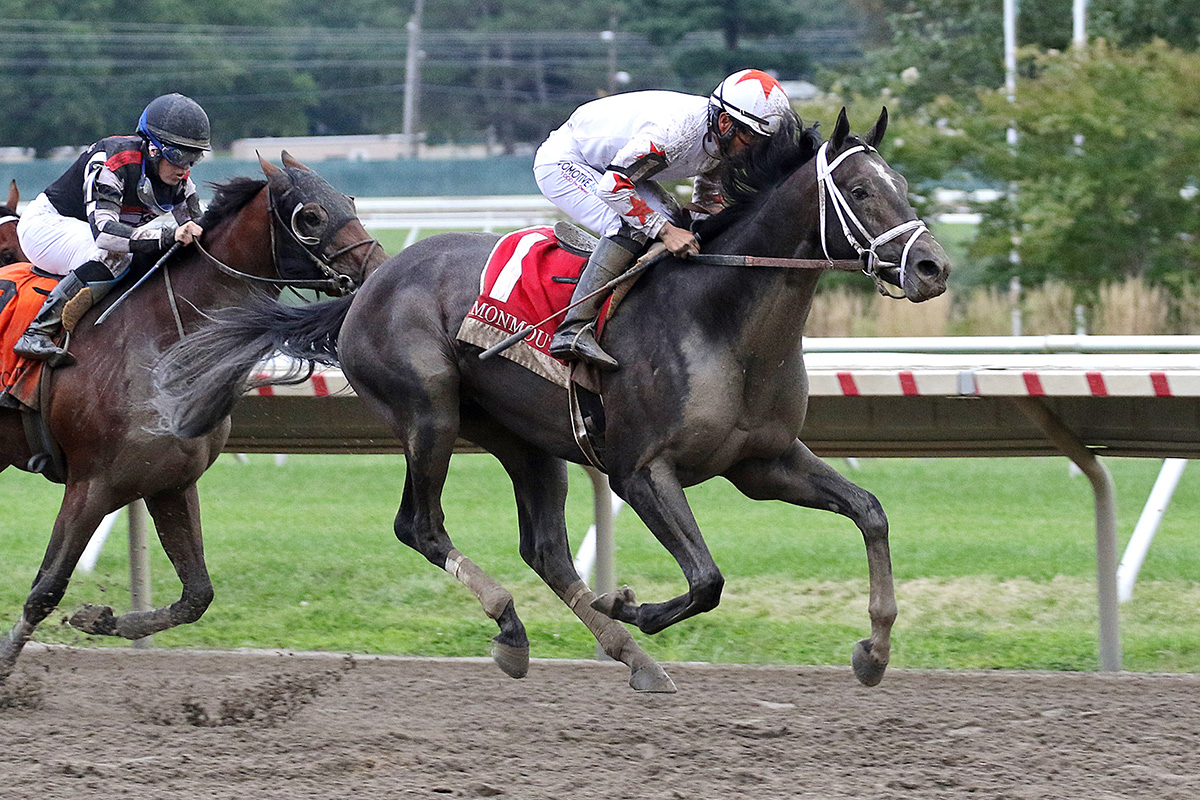 The most accomplished horse in Sunday’s field for the $200,000 Sapling Stakes at Monmouth Park turned out to be the toughest one as well.

Double Thunder overcame traffic issues, tight quarters and being pinned in until late in the one-mile feature race for 2-year-olds, rallying late for a half-length victory over American Sanctuary in the 87th edition of the Sapling Stakes.

Racing off the pace inside, Double Thundered advanced between rivals entering the far turn and was able to collar American Sanctuary with his strong finish. Trained by Todd Pletcher and ridden by Paco Lopez, Double Thunder returned $4.20 to win as the favorite in the field of seven.

After breaking his maiden at Monmouth Park at first asking on June 5, Double Thunder staged a strong rally to win the Grade 3 Bashford Manor at Churchill Downs on June 26 before a fourth-place finish in the Grade 2 Saratoga Special on Aug. 14 at Saratoga.

The Sapling marked his first try around two turns, as it was for the rest of the field, but he was the only graded stakes winner in the group.

“I don’t think there was any concern about going two turns for the first time,” said Anthony Sciametta, who oversees Pletcher’s division at Monmouth Park. “If you look at all of his races it seems like he breaks a little slow, a step slow, but he always seems to come running. So I didn’t think that would be an issue. We were actually waiting for him to go longer.

“I’m pleased with the way he ran. He took dirt, he got in trouble by coming in and going out, so it wasn’t the best of trips and he still won.”

Owned by Phoenix Thoroughbred III, the Kentucky-bred Double Thunder appeared to be boxed in by American Sanctuary entering the final turn. But jockey Sophie Doyle asked her colt to go then, leaving room for Lopez and Double Thunder to shake free. American Sanctuary swept by front-runners Chancellor Bay and Midnight Worker in mid-stretch and appeared to be on his way to a victory before Double Thunder got rolling. Midnight Work, also trained by Pletcher, finished another 2¼ lengths back in third.

“It was a tough trip for sure,” said Lopez, Monmouth Park’s leading rider. “They didn’t make it easy for him. The horse broke well today. I was surprised he broke that well – maybe because he was on the rail. I don’t know. I didn’t want him that close early so I tried to get him to settle but it was a very rough trip.

“For a while a had nowhere to go. (American Sanctuary) had me pinned in. Finally, he made his move at the eighth pole and I was able to get some room to get my horse running. I think (American Sanctuary) moved a little too early, which was good for me. I had nowhere to go for a while. I was waiting on that horse and he finally went and that helped me.”

For Double Thunder, a son of Super Saver-Rattataptap by Tapit, it marked his third victory in four career starts.

Racing resumes at Monmouth Park with a special eight-race Labor Day card on Monday. First race post time for the duration of the meet, which goes to Sept. 26, is 12:15 p.m.