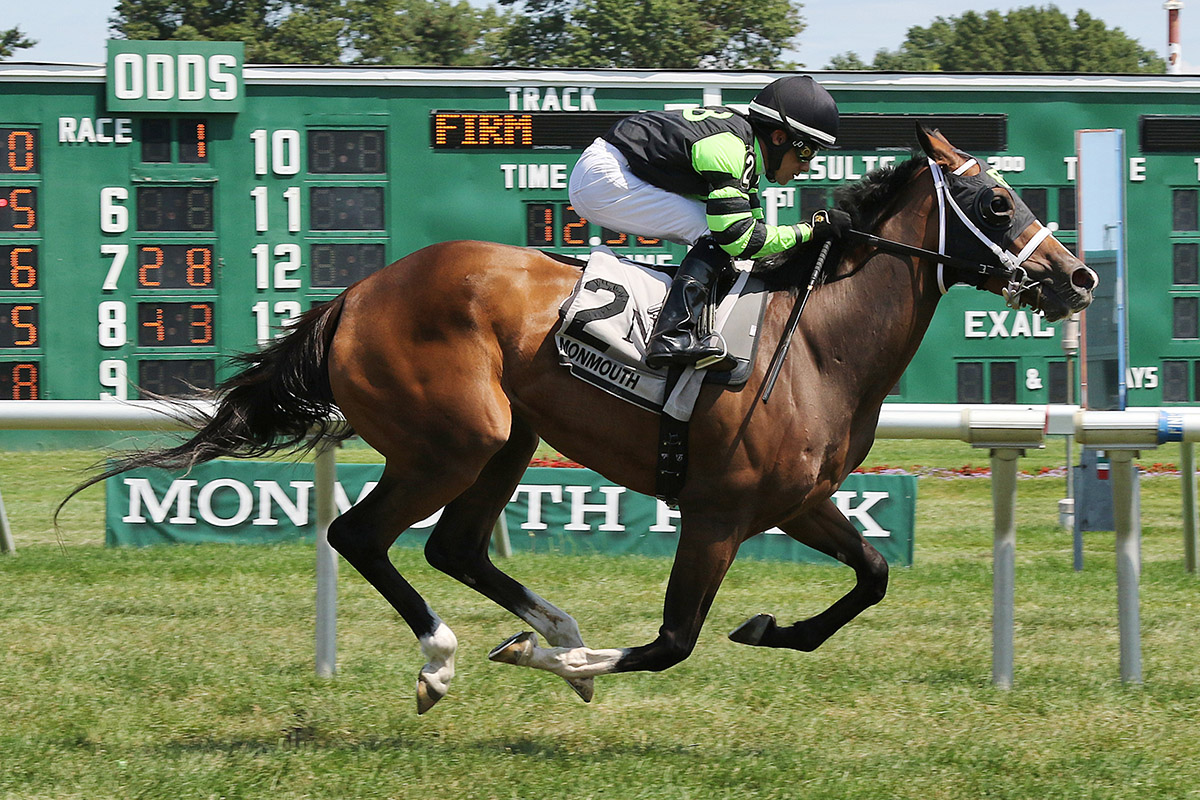 After finally breaking through with Bramble Bay in her last start with an impressive 7½-length romp, trainer Mike Dini is eager to keep going with his promising 3-year-old turf filly. But with grass racing nearing its end in the Northeast, he has to take what he can get.

Friday at the Meadowlands Racetrack, during the first of seven all-turf cards in October at the East Rutherford oval, that means a five-furlong sprint for a horse that has raced at a mile and a sixteenth in five of her six starts this year.

“I don’t think it will be a problem,” said Dini. “She has shown speed at times. She’s kind of a timid filly and sometimes she drops back more than normal in those longer races. Hopefully she’ll get into the race a little earlier than she usually does.”

Bramble Bay is the 2-1 morning line favorite in the featured $43,750 optional allowance race that has attracted a field of nine filly and mare Jersey-bred three years old and up.

The six-race Meadowlands card, which has a 12:30 p.m. first post, kicks off a month of a two-venue format for Thoroughbred racing in New Jersey. The Meadowlands will offer all-turf cards on Fridays and Saturdays throughout October with the exception of Saturday, Oct. 19, when the 99th steeplechase meeting takes place at Far Hills in Somerset County.

Monmouth Park will continue race on Sundays only in October, concluding its 61-day meet on Oct. 27.

Dini is willing to try five furlongs with Bramble Bay on Friday “because I don’t want to lay her up until next year just yet.”

The result was an easy win in which she was no worse than second throughout the race, after coming from far back in her previous five starts.

“She had a couple of bad trips or she would have won in open company,” said Dini. “In those races she would come from far behind and always had to go wide. But when she was in against Jersey-breds she was able to show speed.”

Owned by Ballybritt Stable LLC, Bramble Bay carries a 1-2-2 line from nine career starts, with only her racing debut taking place on the dirt.

“We’re running out of grass races and after she showed speed against Jersey-breds in her last start we thought we’d try this,” said Dini. “If it doesn’t work out there’s another race going a mile on the grass in three weeks. But with the weather we have here this time of the year you never know if the races will go. So you have to take a chance sometimes if you want to get a race for a horse like this.”