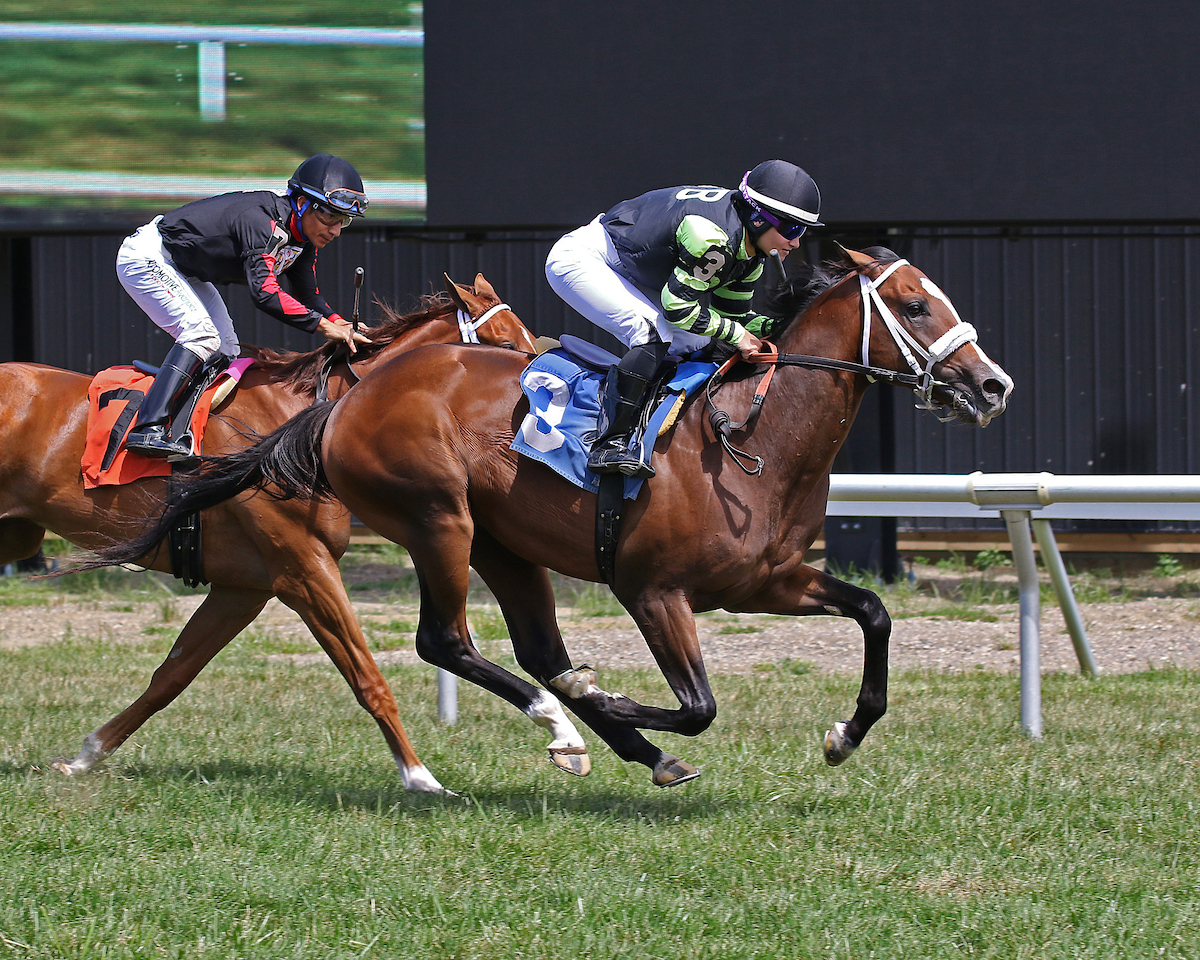 After scuffling at the start of the Monmouth Park meet, failing to get his first win until his 37th starter, trainer Mike Dini has a chance to make up for all of those early struggles in a little more than 90 seconds on Saturday.

Bramble Blaze, who won his debut impressively in an off-the-pace performance at a mile on the Monmouth Park grass course on Aug. 14, gives Dini a shot at a big payday in Saturday’s $500,000 Nownownow Stakes. The one-mile grass feature for 2-year-olds has attracted a field of 10.

“I always tell everyone it’s a year sport,” said Dini. “Sometimes it’s how you finish, not how you start.”

Dini has since recovered from that rough beginning with eight wins from his last 60 starters. But none was as significant as Bramble Blaze, a Ballybrit Stable homebred, winning his debut the way he did. It opened the way for Dini to chase his biggest purse since Dynatail ran in the $1 million, Grade 1 Belmont Oaks in 2017.

“He’s out of a family of all turf horses,” said Dini. “We only trained him on the dirt so you had to hope his breeding took over in his first start. He’s not a very big horse but he does everything pretty professionally.

“He probably raced better than I thought with the way he made such a big move in the stretch. He did everything wrong before that and still won. He was fractious, bounced off the gate and broke slowly. But he still found a way to win.”

Bramble Braze was originally set to follow up his Maiden Special Weight score in the $500,000 Juvenile Mile Stakes at Kentucky Downs on Sept. 3. Dini said he was heading to the paddock with the colt when the rain hit.

The race was postponed until Sept. 14, but Dini had already shipped Bramble Blaze back to Monmouth Park.

“There’s no place to really train there and I wasn’t going to ship him back, especially when we can run for the same purse at Monmouth Park,” said Dini.

“The owners would like to see him closer to the pace but if you look at the style of running of his sisters, Bramble Queen and Bramble Bay, they were the same way,” Dini said. “You let them fall back and then they made a nice run for you. He is one of the few horses in the race who has gone long and tried two turns so I think he fits real good in this field. I think he’ll run good.”

Dini said his early struggles were due to a combination of factors – including some tough luck. From his 96 starters at the meet, he has 14 seconds and seven thirds in addition to the eight wins.

“I have a lot of 2-year-olds and they take time,” said Dini, who stabled 36 horses at Monmouth Park this meet. “That and a lot of lost photos and seconds were part of it.”

Monmouth Park’s meet concludes with racing on Saturday and Sunday. First race post time both days is 12:15 p.m. Admission and parking are free.