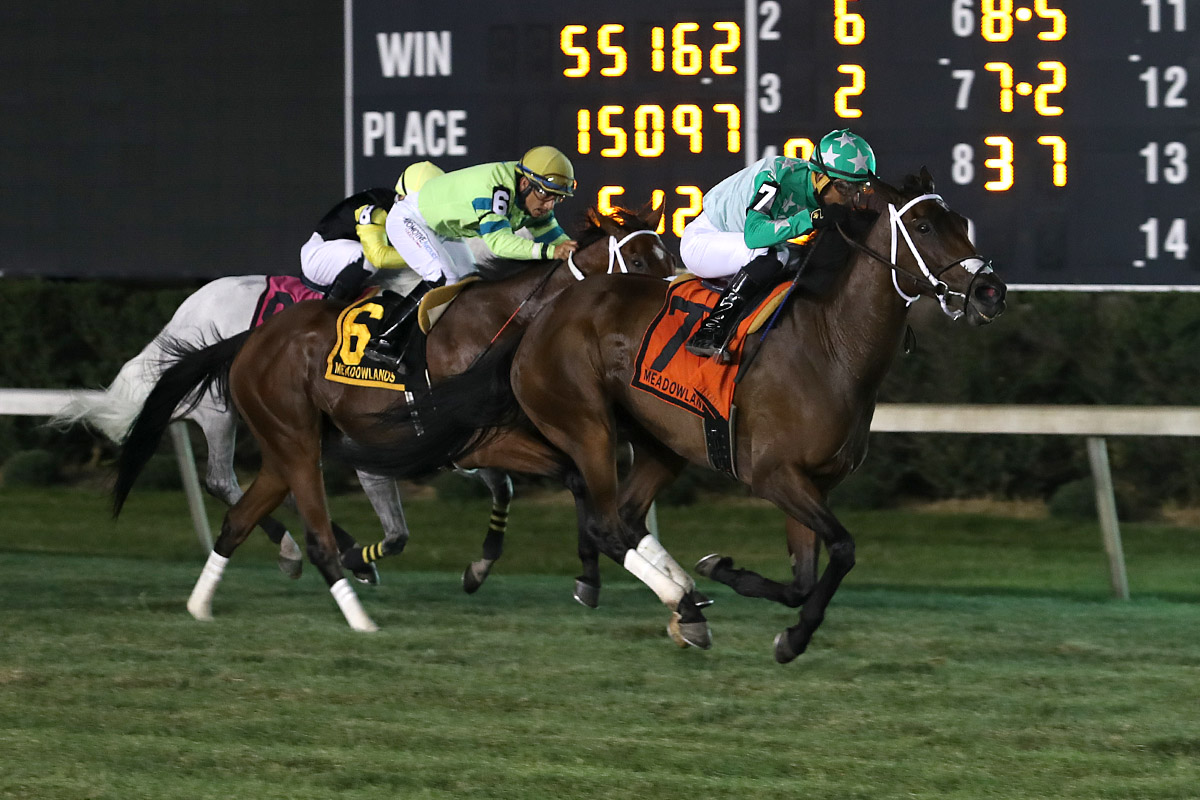 EAST RUTHERFORD, N.J. – Diamond Play made the first appearance of her 49-race career at the Meadowlands a winning one, surging to the front coming out of the final turn and then holding on for a three-quarters of a length victory in Friday’s featured $24,000 starter allowance during the second night of the Monmouth at Meadowlands meet.

Ridden by Isaac Castillo and trained by Anthony Margotta, Jr., the 8-year-old Diamond Play won for the 13th time in her career.

Castillo had Diamond Play in third behind dueling leaders Avenida Manana and Driven by Speed through an opening half in :46.85. The Jersey-bred daughter of E Dubai claimed the lead wheeling out of the final turn and then held off the late running Instinctive. It was another half-length back in third to Driven by Speed.

The win ended a run of six straight second- or third-place finishes for Diamond Play.

She paid $9.00 to win in the field of eight fillies and mares three and up.

The Monmouth at Meadowlands meet resumes on Friday, Oct. 8, with a six-race, all-turf card. First race post time is 7 p.m.